Republican Glenn Youngkin was leading Democrat Terry McAuliffe on Tuesday night in the closely watched Virginia governor’s election, which could offer clues about what party holds the early advantage in next year’s congressional elections.

With nearly three-quarters of the state’s precincts counted, political newcomer Youngkin held a 10-point lead over McAuliffe, a longtime Democratic fixture who served as the state’s governor from 2014 to 2018.

The race was expected to tighten as more votes were tallied, but election analysts on Twitter favored Youngkin to hold on for a victory.

A McAuliffe loss in Virginia, which Democratic President Joe Biden won by a double-digit margin over Republican then-President Donald Trump last year, would represent a demoralizing setback for national Democrats. McAuliffe saw his lead in public polls evaporate in the campaign’s closing weeks.

With 94% of the estimated vote in, Republican Glenn Youngkin is leading Democrat Terry McAuliffe in Virginia's governor race. #ElectionDay2021

“We all knew from the beginning it’s gonna be a tight race,” Biden said about the Virginia election earlier on Tuesday, predicting that McAuliffe would win. “The off year is always unpredictable.”

At an Election Night rally shortly after 10 p.m., McAuliffe said the race was not over.

“We’re going to continue to count the votes because every single Virginian deserves to have their vote counted,” he told supporters.

The Republican candidates for lieutenant governor and state attorney general were also leading their races in Virginia, while Republicans appeared poised to recapture control of the state’s House of Delegates. The state Senate, which Democrats control, did not have any elections this year. 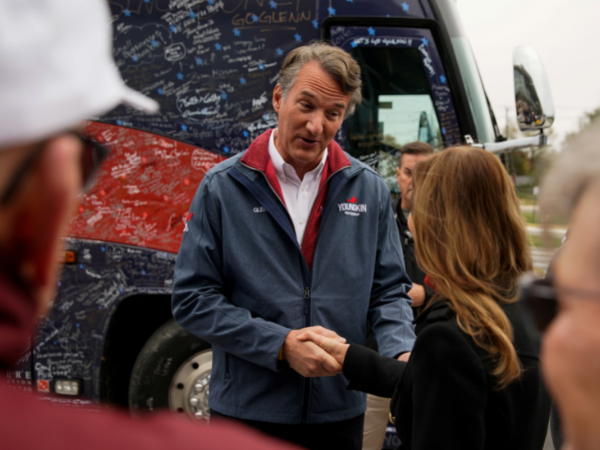 Polls leading up to Election Day showed that Youngkin closed the gap with McAuliffe by appealing to independent voters – a group that was alienated in 2020 by Trump’s firebrand style of politics but was more drawn to Youngkin’s congenial manner – despite McAuliffe’s attempts to tie Youngkin to the former president.

“Comparing him to President Trump really didn’t resonate with me,” Jacob McMinn, a program manager at a defense contractor, said after casting his vote for the Republican in Fairfax, just outside Washington.

McMinn, 38, said he supported Youngkin’s view that schools should not teach “critical race theory,” a law school concept that maintains racism is ingrained in U.S. law and institutions and that legacies of slavery and segregation have created an uneven playing field for Black Americans.

Schools say they do not include the theory in elementary and high school curriculums, but are trying to respond to the needs of an increasingly diverse U.S. population.

Youngkin’s strategy could offer a road map for Republicans trying to woo back suburban moderates in the 2022 elections, where control of Congress and the fate of Biden’s agenda will be at stake, without alienating the hard-liners who backed Trump. 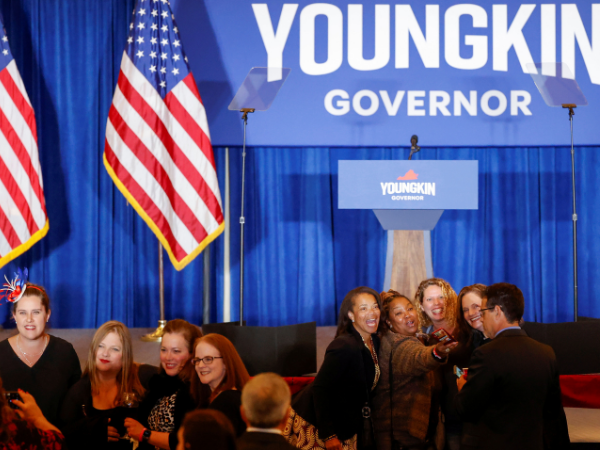 Supporters of Glenn Youngkin, the Republican candidate for governor in Virginia, begin to gather at his election night rally in Chantilly, Virginia, U.S. November 2, 2021. REUTERS/Jonathan Ernst

But Trump’s role in the race still loomed in the minds of many voters after the former president endorsed Youngkin, a former private equity executive.

“He had Trump supporting him and I’m like out the door,” Alicia Prieto, 57, said after casting her ballot for McAuliffe in Fairfax. The computer programmer said she thought McAuliffe would do a better job funding public education.

Voters cited the economy as their top concern, according to a CNN exit poll, ahead of education, taxes and the pandemic.

The race is one of numerous contests and issues before American voters on Tuesday as they grapple with the COVID-19 pandemic, racial injustice and rising consumer prices. 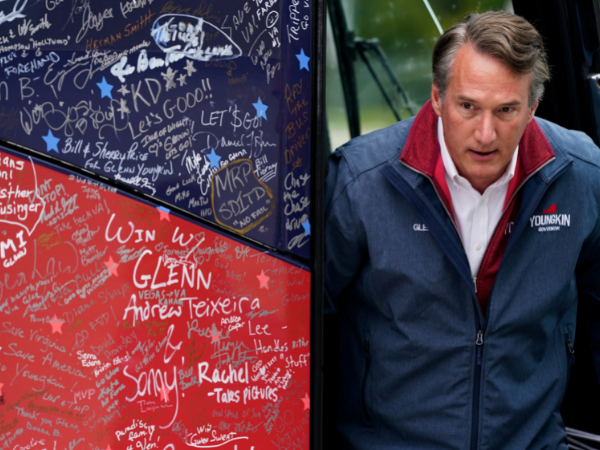 A year and a half after George Floyd, a Black man, was murdered by a white policeman, Minneapolis voters rejected a ballot measure that would have replaced the police department with a new public safety agency.

Virginia’s gubernatorial race has long been viewed as a crucial barometer of the president’s national standing – and a preview of the following year’s midterm elections.

Biden’s approval ratings have fallen to the lowest level of his presidency, according to the latest Reuters/Ipsos national poll, conducted last Wednesday and Thursday. 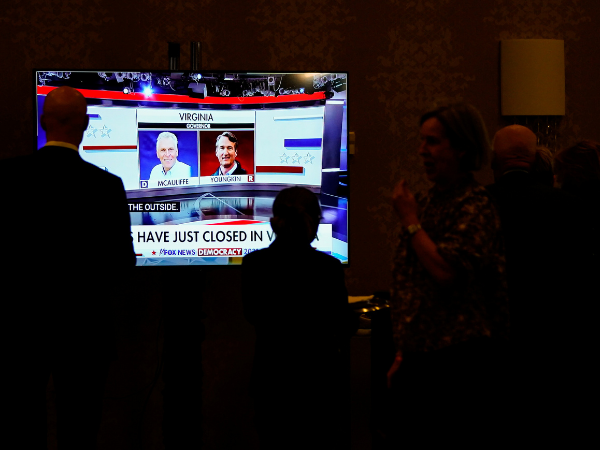 Youngkin, 54, campaigned as an advocate for parents who want more say in their children’s education, capitalizing on anger among some conservatives who believe schools are imposing divisive curricula in the name of diversity.

McAuliffe, 64, has sought to tie Youngkin to Trump at every turn, attacking the Republican for initially hesitating to say whether Biden won the election legitimately.

While Youngkin has acknowledged Biden’s victory, he called for an audit of Virginia’s voting machines, a move that prompted Democrats to accuse him of validating Trump’s baseless election conspiracy theories.

Youngkin walked a fine line on Trump, mostly avoiding discussion of the former president while campaigning on issues like public safety and education that appeal both to moderates and Trump supporters.

But without Trump at the top of the ballot, it is unclear whether invoking his name will be as effective for Democrats.

In a statement, Trump took credit for Youngkin’s lead, thanking his “base” and adding: “Without you, he would not have been close to winning.”