Opening statements set for trial of US teen Kyle Rittenhouse

Opening statements set for trial of US teen Kyle Rittenhouse

The prosecution and the defense will make opening statements on Tuesday in the trial of a U.S. teenager Kyle Rittenhouse, charged with fatally shooting protesters in Wisconsin last year, launching the most high-profile civilian self-defense case since 2013.

Kyle Rittenhouse, 18, is charged with reckless and intentional homicides in the killing of two men and the wounding of a third with an AR-15-style rifle on a chaotic night of protests on Aug. 25, 2020, in the Midwestern city of Kenosha. Rittenhouse has pleaded not guilty and says he acted in self-defense.

The unrest had been sparked by a white police officer’s shooting of a Black man, Jacob Blake, just three months after the police murder of George Floyd, another Black man, in Minneapolis sparked nationwide protests over racism and police brutality. 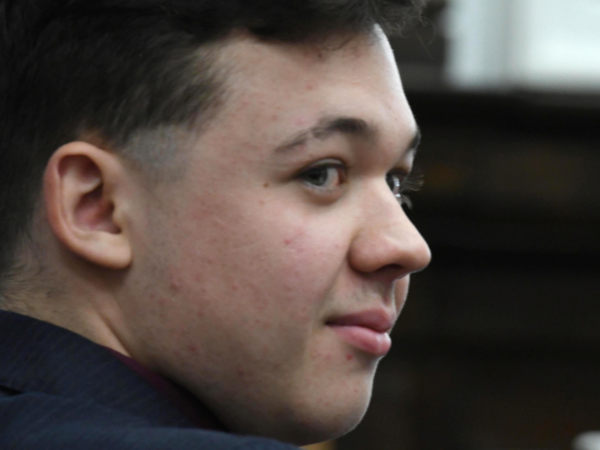 Kyle Rittenhouse sits for the start of opening arguments at his trial in Kenosha (Wisconsin) Circuit Court in Kenosha, Wisconsin, U.S. November 2, 2021. Mark Hertzberg/POOL via REUTERS

The 20-person jury, composed of 11 women and nine men, was sworn in on Tuesday morning. Kenosha County Circuit Judge Bruce Schroeder then instructed them to decide the case solely on the evidence provided at trial and to disregard any information heard outside the courtroom.

Rittenhouse, sitting next to his lawyer, was wearing a dark gray suit and a maroon shirt and tie.

Rittenhouse has emerged as a hero to some conservatives who believe in unfettered gun rights and see the shootings as justified during the chaos that had engulfed Kenosha, while many on the political left have labeled him a vigilante killer.

The prosecution, led by Kenosha County Assistant District Attorney Thomas Binger, is expected to argue that Rittenhouse was looking for a chance to use his weapon and was the aggressor in the deaths of Joseph Rosenbaum, 36, and Anthony Huber, 26, and in the shooting of Gaige Grosskreutz, 27, who survived.

They will likely say the three men he shot were trying to disarm him, according to past court filings in the case. 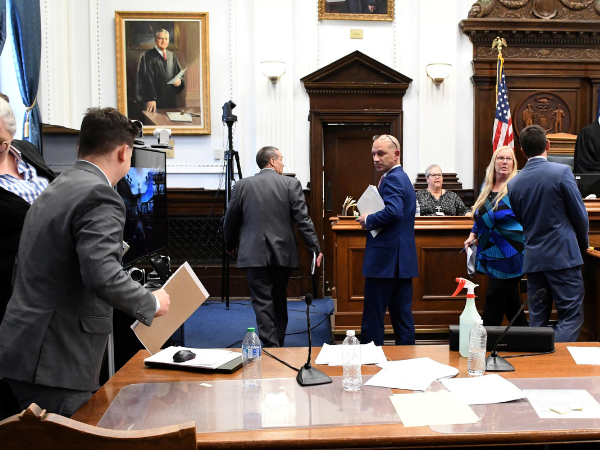 “In the midst of this crowded scene, the defendant shot and killed Joseph Rosenbaum and then fled on foot, creating a dangerous active shooter situation,” Binger wrote in a February court filing. “Several people pursued the defendant and attempted to stop him because they had no idea what his intentions were or whether he would kill again.”

Legal experts have said the prosecution faces a tough task, however, in convincing a jury that Rittenhouse did not fear for his life, given video evidence showing all three men were advancing toward him, with two appearing to reach for his weapon and one armed with a pistol, when he fired.

Under Wisconsin law, people can only use deadly force if they “reasonably” believe it necessary to prevent someone from killing or causing great bodily harm to them.

The jury was selected on Monday after lawyers and Judge Schroeder vetted candidates for biases, with many questions focused on their views on the protests and their experiences with guns.

The trial is poised to be the biggest U.S. court test of a civilian’s right to self-defense since George Zimmerman was acquitted in 2013 in the fatal shooting of Trayvon Martin, an unarmed Black teenager, in Florida.

Rittenhouse’s lawyers will likely try to portray the men he shot as bad actors involved in lawless behavior, giving him reason to fear for his safety. They may highlight the expected testimony of a reporter named Richard McGinnis, who told police that Rosenbaum tried to grab the barrel of Rittenhouse’s rifle before the teenager shot him.

They are also expected to stress audio and video evidence of protesters yelling things like “Get his ass!” as Rittenhouse stumbled and fell to the ground before shooting Huber, who swung a skateboard at him, and Grosskreutz, who was holding a pistol.