US Democrats struggling to keep family leave in Biden agenda

US Democrats struggling to keep family leave in Biden agenda

U.S. Senate Democrats struggled on Wednesday to keep paid family leave in President Joe Biden’s emerging social and climate-change legislation, saying negotiations would continue despite media reports the benefit could be axed from the bill.

Senator Kirsten Gillibrand, who has spearheaded efforts to strike a compromise agreement, told reporters that talks would go on with moderate Democratic Senator Joe Manchin, who has opposed the new social program.

“It’s not out. It’s not over till it’s over. As I said, we are continuing to negotiate in good faith and will try to get a robust paid-leave package in the bill,” Gillibrand told reporters after talking to Manchin on the Senate floor.

She spoke after CNN and the Wall Street Journal reported that Democrats had abandoned plans to retain the benefit in effort to move forward with Biden’s “Build Back Better” package in the Senate and House of Representatives. 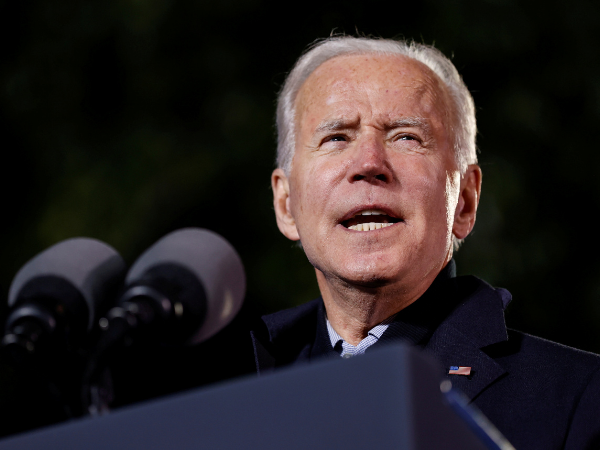 Biden’s initial proposal called for 12 weeks of paid family leave after the birth of a child. The benefit declined to four weeks, as the legislation shrank to less than $2 trillion from $3.5 trillion to win agreement from Manchin and fellow moderate Democrat Kyrsten Sinema.

“We are not going to allow one or two men to tell millions of women in this country that they can’t have paid leave,” said Democratic Senator Patty Murray, chairwoman of the Senate Health, Education, Labor and Pensions Committee, which oversees human services.

Manchin showed few signs of being amenable, telling reporters he did not believe such a major policy change should be included in the Biden package.

“I’m just saying we’ve got to be careful what we’re doing. If we’re going to do it, do it right,” he said.

But Gillibrand insisted that negotiations would carry on in coming days. “I spoke to Senator Manchin, I presented my idea, he’s researching what other countries do, he’s looking into the details and he said he would remain open-minded,” she said.

(Reporting by David Morgan in Washington and Kanishka Singh in Bengaluru; Editing by Chris Reese and Peter Cooney)