Now that the baseball playoffs are over, the 2021 World Series is now underway. The Houston Astros and the Atlanta Braves are going head to head in the best of seven series.

Both of these teams are ready to prove who is the best in baseball this season.

These teams may be in the World Series now, but they had a hard road of baseball playoffs to tackle before they made it here.

This article will highlight some of the best of the regular season player, plays, and baseball playoff games, along with wild card games and highlights from game 1 of the World Series.

If you are not familiar with baseball, do not worry, we will cover everything you need to know about baseball playoffs and the regular season schedule.

What are the baseball playoffs, and when does it usually start? 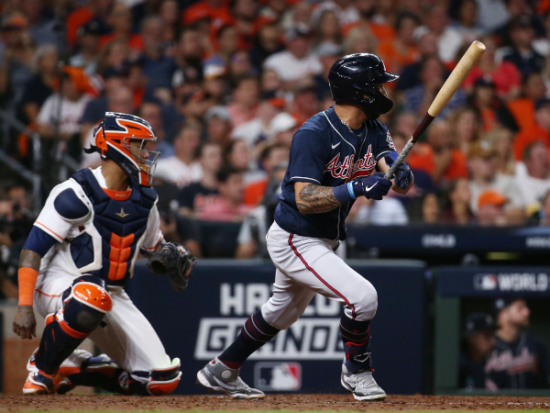 The Major League Baseball playoffs are at the end of baseball’s regular season, and this begins the 2021 MLB postseason.

The playoffs get one team in the National League and one in the American League to play for the World Series championship.

Ten teams are in the playoffs. These are the top teams of each division in each league.

It starts with the American League and National League wild-card games, one game for each. The winner automatically advances to the League Division Series to play the top seed in their league.

The beginning of October is usually when the playoff brackets are made, and the playoffs begin.

After the wild card games, there are the league division games, and these games are the best of five series.

The top-ranked team will go up against the wild card winner, and the other two division winners will go against one another. Then whoever wins the two series for each league goes to the World Series.

The World Series is the best of seven set up. This season’s MLB playoffs were some of the most exciting playoffs in quite some time. If you missed the playoffs, we have a recap for you. 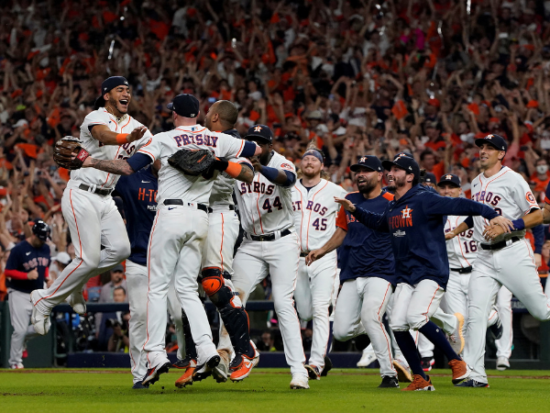 After the wild card games were played, the playoffs began. In the ALDS games, the teams were the Houston Astros versus the Chicago White Sox.

The Astros vs. White Sox games two was covered by MLB Network, while the other games were on Fox Sports.

The other ALDS games were played by the Tampa Bay Rays and the Boston Red Sox. One thing about Boston and Fenway Park is that when the Red Sox are at home, they’re almost unstoppable.

In the NLDS games, the Atlanta Braves played the Brewers. The Giants and the Dodgers played in the other NLDS. The winner overall of these four teams eventually goes to the NLCS game.

Once these games were played, the playoff field grew smaller. Then the playoffs were the Red Sox Astros against one another.

The Braves and the Dodgers met up for the second playoff matchup at Truist Park.

After the Braves won at Truist Park, they went to Dodger Stadium, where they continued to shine.

The Astros won the American League playoffs, which led them to where they are now, in the World Series, against the Atlanta Braves.

Before the playoffs began, there were a lot of injury updates, and some players were iffy as to whether or not they would return to the game this season. Some of the best teams worked very hard to get where they are today.

The Braves and Astros are two of the best teams in baseball, and we are going to highlight some of the players this season that were also awesome and players to watch in seasons to come.

Best Teams and Players to Watch 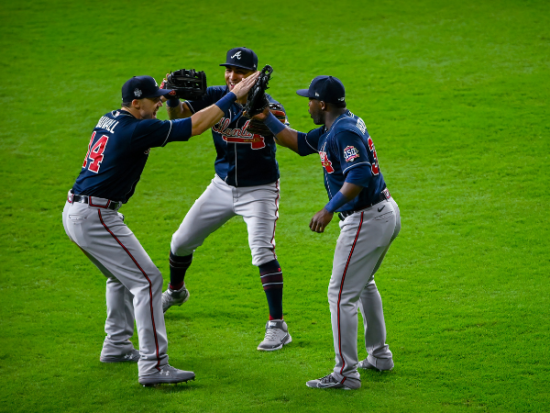 Of course, right now, the best two teams in baseball are the Braves and the Astros. To be a great team, they must have a good support system, and some of the best players are these two teams.

We want to highlight a few of these players. For the Atlanta Braves, Eddie Rosario has become a legend, and he is one of the best. Eddie has been a clutch in the postseason too.

He has had three home runs and been a great player in the series. We expect to see great things from Eddie.

The Astros have some great players too. Carlos Correa has been a shining light to the Astros this season, and we cannot wait to see what he does next year as well.

Both of these players have helped their team become great, which has led them to the World Series.

JORGE SOLER LEADS OFF THE #WORLDSERIES WITH A HOMER! pic.twitter.com/iuC8zkP53y

The World Series began Tuesday with a win from the Atlanta Braves, and many fans are super excited to see what Game 2 will bring.

The Braves winning in Houston is a great advantage because Game 3 will be in Atlanta, and the hometown crowd cannot wait.

In actuality, it is anybody’s game for the series. Both teams are excellent, and as long as they all stay healthy, it will be exciting to see who can pull off the win.

MLB Probable Pitchers for the 2021 Season

In Case You Missed It

This season of baseball has been an exciting one. After last year’s season being shortened due to Covid, the fans are excited, and so are the players.

The World Series is proving to be wonderful so far, and we cannot wait to see more. Who will win the series? We will find out in the best of seven. Good luck to the teams and play ball.