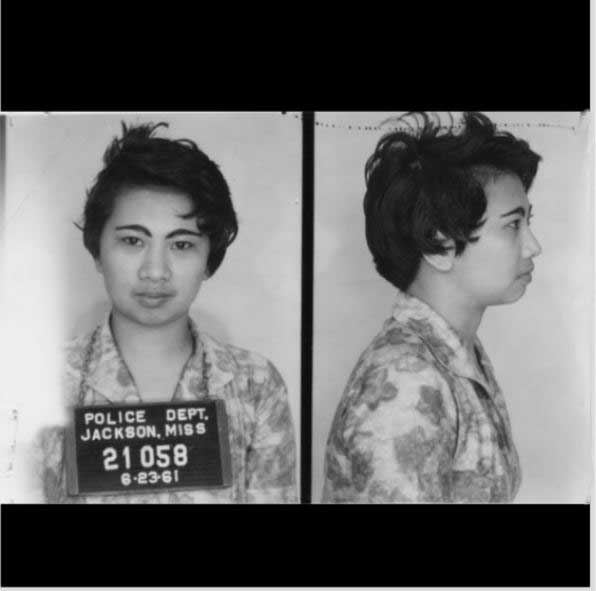 Philippine-born Mary Magdalene Harrison, adopted by an Asian American family, was a college student in 1961 when she was jailed for being a Civil Rights Movement Freedom Rider. Mississippi Dept of Archives and History

Police officers, along with the courts, brutally enforced the Jim Crow laws. These laws segregated and disenfranchised African Americans to preserve the racial order as an institution. The laws mandated segregation of schools, parks, libraries, drinking fountains, restrooms, buses, trains, and restaurants. The Ku Klux Klan, a white supremacist group, terrorized Africans and Jews, across the South.

The United States Supreme Court decided and Interstate Commerce Commission ruled that segregated public buses were unconstitutional. The Southern states ignored the federal decisions and rulings. The federal government did not enforce them.

From May 4 to December 10, 1961, the Freedom Riders made over 60 Freedom Rides. They suffered ugly mob violence. White mobs assaulted them, while the police officers conspired with Ku Klux Klan. Americans were shocked by the vicious civil unrest on segregation in the Deep South.

Mary Magdalene Harrison was a student at Tougaloo College in Jackson, Mississippi. Born in the Philippines, she was adopted and raised in an Asian American military family. 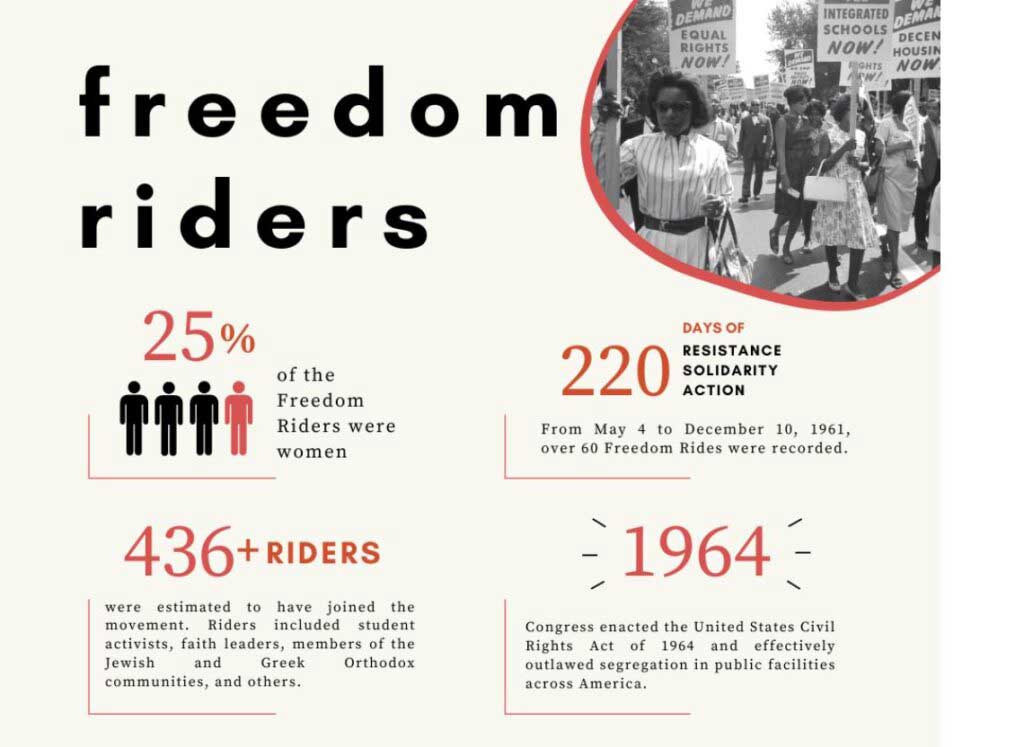 Rhiannon Koh with image from Unsplash

On June 23, 1961, Mary joined in the Freedom Ride at Trailways terminal at Jackson. At the waiting room, police officers arrested her, along with Elnora Price, Thomas Armstrong and Joseph Ross.

In a 2011 interview, Mary remembered her Freedom Ride:

“And during that summer, James Bevel of CORE came to Tougaloo recruiting Freedom Riders. Since everyone was calling these Freedom Riders ‘outside agitators’ he was trying to get people to leave from Mississippi … that the people in Mississippi were not satisfied with the laws of Mississippi. So one day I just saw a group—James Bevel was talking with a group—of students and I just happened to listen and sign my name as an alternate.

“June the 23, 1961 he asked me to go with the Freedom Riders—with the other Freedom Riders—because there was only one young lady going, and they needed another young lady to accompany her. So of course I volunteered and we went.

“And we went to the Trailway bus station, entered the Whites’ waiting room, and we were going to New Orleans. And we were asked to move on and to leave the waiting room. We didn’t comply and of course we were arrested, on breach of peace. We were put in a paddy wagon and went to the city jail.

“While there I did become afraid for the first time. Three or four men were questioning me of my race, asking me if I was white or Black and I insisted I was Black because the reason I was going on this Freedom Ride was so that the other young lady would have someone with her and if they separated us, then we would be alone and she would be alone, I would be alone.

“After two or three hours they finally put us in a cell with other criminals in the general population. The other criminals, or convicts, were very friendly to us and we got along well for three days. And we were in jail from Friday to Sunday. No privacy, everything was opened; you couldn’t even use the restroom in, in private. We had no luggage, so we had no toothpaste, toothbrush, or change in clothes.

“On Sunday the 25th, a group of Freedom Riders came in from California and they put all the Freedom Riders in the same cell and finally gave us our luggage. Monday, the following Monday, the next day, we had the trial and Jack Young represented us and we were, we posted bond and I returned to Tougaloo to finish summer school. 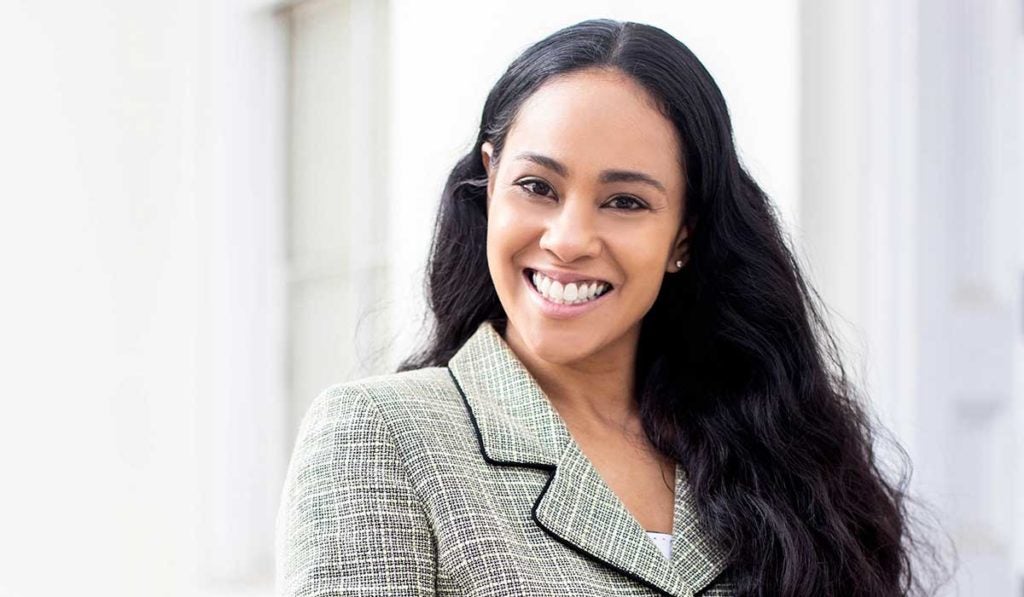 “And according to Raymond Arsenault’s book on the Freedom Riders, he said that we —our group — was the first one to test the interstate law of Mississippi by leaving from Mississippi, from Jackson, Mississippi. We were not outsiders, nor agitators, and he called us the “Tougaloo Four.”  –  Speak Now: Memories of the civil rights era recording sessions, Mississippi Department of Archives and History

On November 1, 1961, Interstate Commerce Commission ruled to prohibit segregation in interstate transit terminals. Passengers can sit anywhere on interstate buses and trains. Freedom Rides inspired rural southern Africans to use civil disobedience as a strategy for regaining their civil rights. Three years after the Freedom Rides, Congress enacted the United States Civil Rights Act of 1964. It outlawed segregation in public facilities across America.

“Mary was a very independent, energetic, congenial and exuberant person. She was well-liked by everyone on campus at Tougaloo, and although she preferred to work in the background, she worked hard on everything she did for the Civil Rights Movement and provided leadership, especially for her fellow women Freedom Riders after they were imprisoned. She was a fighter, and we’re all going to miss her. – Jackson Free Press

Asian Americans will proudly remember Mary Magdalene Harrison as our Freedom Rider of 1961. – (With permission from AsAmNews)