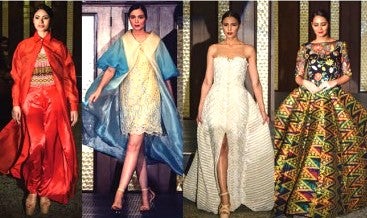 NEW YORK – A grand total of 57 designs using Philippine indigenous materials and traditional weaves in high fashion and wearable outfits were showcased and highlighted during the Philippine Tapestry Show to an SRO audience at the Philippine Center New York on Thanksgiving weekend.

Presented by the Philippine Department of Tourism (DOT) and Tourism Promotions Board (TPB) with the support of the Philippine Consulate General New York, the fashion show highlighted the versatility of Philippine ethnic weaves in mainstream fashion design.

Interpreted in modern and street-friendly or “neoethnic” styles by renowned designer and Philippine Ambassador of Fashion Renee Salud, the materials came from ethnic tribes in Luzon (Cordillera, Lumban, and Bicol), the Visayas and Mindanao (T’boli, Caraga, and the Autonomous Region of Muslim Mindanao). The fashion czar has won global recognition and awards from international design expositions in key fashion capital of the world. 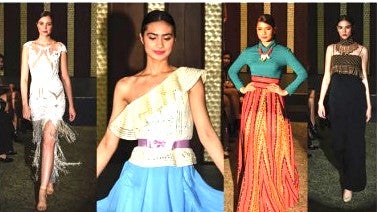 “The show captivated many during the 2017 US Ambassadors’ Tour in the Philippines earlier this year,” Consul General Theresa Dizon-De Vega said. She thanked the DOT under the leadership of Secretary Wanda Teo for bringing the show for the first time to the US via New York.

Susan J. Del Mundo, the newly designated Tourism Attaché of the PDOT- New York said that bringing the Philippine Tapestry Show in New York was a pioneering effort to promote to the North American mainstream market the rich cultural heritage of the Philippines through indigenous fabrics in neo-ethnic rendition in vogue and in style.

“This is just another facet to the many wonders the Philippines has to offer the world,” Del Mundo noted.

The new PDOT Tourism Attaché, further disclosed the need to preserve the intricate weaves of the Cordillera (Igorot fabric), Bicol (abaca), Visayas (Piña) and Mindanao (T’nalak, Inaul, Yakan, Mindanao silk and Pissyahit) in keeping with the love of our country’s legacy and age-old tradition. 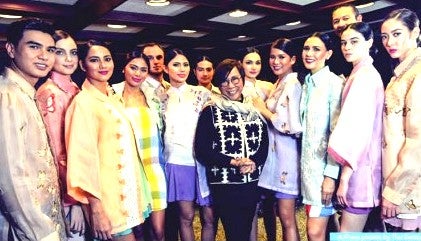 The collection was presented in six musical segments, interspersed with videos from destinations being promoted by the DOT.

The show is a prelude to the Philippines’ participation in more major New York fashion events in 2018.

The Philippine Tapestry Show is an offshoot from its successful launching in Ottawa, Canada in time for the opening of its Philippine Exhibition with the theme dubbed as “Halo Halo “ (mix-mix) to represent the colorful variety and influences of the Filipino origin, character and beauty of the Philippine islands.