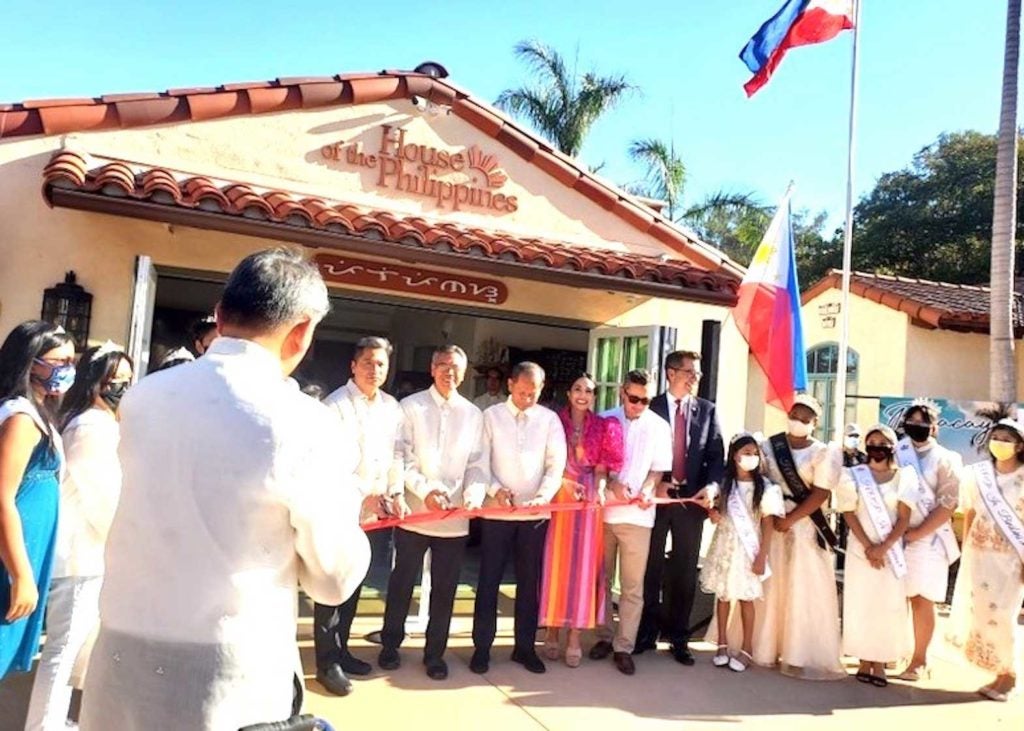 Consul General Edgar B. Badajos (left), together with the City of San Diego local officials, leads the cutting of ribbon during the grand opening of the House of the Philippines Oct. 1, 2021. LAPCG

SAN DIEGO, California – The Filipino American community in San Diego held a grand opening ceremony of the “House of the Philippines” at Balboa Park Oct. 1, 2021.

The City of San Diego donated the land for the House but the Filipino American community shouldered the construction costs.

The cultural cottages are administered by the House of Pacific Relations, a community organization that promotes goodwill and understanding through educational and cultural programs.

Consul General Edgar B. Badajos from the Los Angeles consulate joined thanked the City of San Diego for its support and commended