Leni can win even if she doesn’t become president

Leni can win even if she doesn’t become president 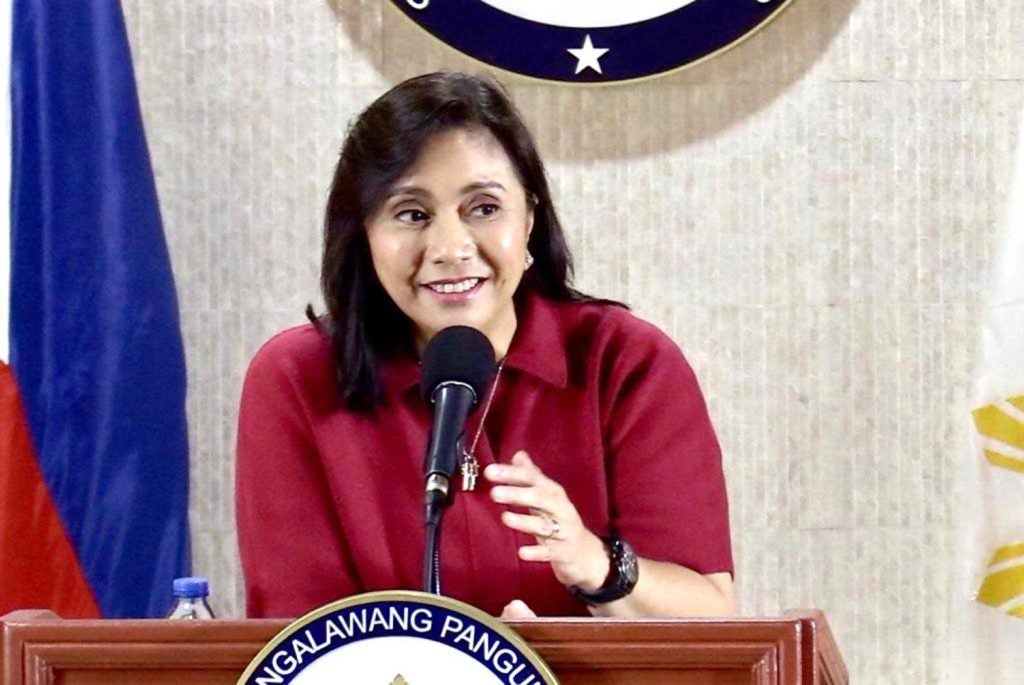 Vice President Leni Robredo may not win in 2022. But her campaign can be victorious in other ways.

But let’s be clear about one thing: Robredo is clearly the most qualified candidate in the next election. It’s not even close.

She doesn’t need to prove that she can serve as president. She’s been doing it for the past five years. She has effectively been acting Philippine president at a time when the man who was supposed to lead was making a mockery of the office.

She emerged as a steady leader at a time when the country was reeling from a brutal campaign of slaughter unleashed by Duterte. She’s been helping Filipinos navigate a deadly pandemic which Duterte clearly couldn’t care less about, and which he shamelessly treated like a joke. “Tang inang virus. Saan ba nakatira yan (SOB virus. Let me know where it lives).”

She’s been helping Filipinos survive the COVID crisis at a time enraging corruption allegations of corruption involving Duterte allies who apparently decided that the pandemic was a perfect way to make lots and lots of money.

Robredo is the leader the country needs now. But she faces an uphill battle. She’s up against aspiring trapos with a lot of resources. She will be running against a machinery notorious for cheating.

And perhaps the biggest hurdle of all, Robredo is running at a time when many Filipinos are drawn to and support a thuggish, brutal leader. That’s not surprising. The Philippines went through that during the dictatorship of Ferdinand Marcos.

And it’s not unique to the Philippines. Throughout history, nations have fallen under the spell of arrogant, mean-spirited, even tyrannical rulers. It’s been happening in the United States under Trump.

That’s the biggest hurdle Robredo’s campaign faces in 2022. But it’s also what makes that fight important.

The 2022 campaign should not be just about winning the presidency, which is a tough goal given what’s going on.

It’s important to understand that this election will not fix all the problems that the country faces now, most especially the apparent disillusionment with democracy and decent governance that led to the rise of a tyrant like Duterte.

That will take time.

Which is why a Robredo campaign should not just be a bid for the presidency. It needs to be something more: an education movement, an activist movement that would highlight the kind of leadership that the country has lost touch with: strong, principled, engaged, committed — the exact opposite of what Duterte represents.

Robredo can build on what she has already done. She’s been leading as vice president with dignity and honor. And her campaign would be able to underscore why that is important, how she’s been able to overcome the many hurdles especially as Duterte and his supporters attacked her and her work.

This movement will be important to an important audience: the youth.

Over the past five years, young Filipinos have watched and listened to leaders, led by Duterte, who have shown brazen and shameless disregard for democracy and the welfare of ordinary Filipinos. But once in a while, they heard about the soft-spoken vice president who led with quiet strength and dignity, and performed against tough odds, her duties as an elected public servant.

And there are other leaders like her, led by Pasig Mayor Vico Sotto, leaders who talked sense and did the work and did not waste their time with self-promotion gimmicks.

A Robredo movement can turn the spotlight on this type of leadership, planting the seeds that could point the way forward for young supporters, especially those who hope to serve in the future.

This is not wishful thinking. I was 13 in 1978 when a group of opposition leaders, including Charito Planas, Trining Herera, Nene Pimentel, and an imprisoned Ninoy Aquino formed the Lakas ng Bayan party to wage a quixotic, doomed-to-fail campaign in the first major elections under the Marcos dictatorship. As expected, they all lost.

But I still remember the energy and excitement of that campaign which culminated in a Manila-wide noise barrage. The Laban campaign helped prepare young people like me for the big fight ahead, a fight for my own future. It helped propel the movement against the dictatorship forward. And in 1986, that movement prevailed.