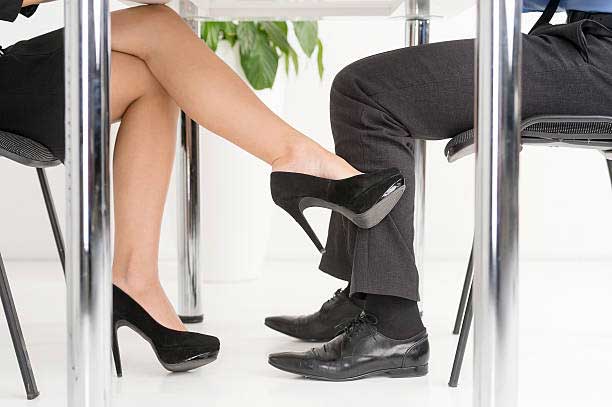 William Maner worked for decades as a biomedical design engineer in the laboratory of employer, Dr. Robert Garfield.   Garfield’s laboratory initially operated in Texas.  Maner’s coworkers were researchers Dr.  Yuan Dong (male) and Dr.  Leili Shi (female).   Maner learned  shortly  after  joining  the  lab  that Garfield  and  Shi were engaged  in  a long-term romantic  relationship.  Garfield gave special favors to Shi in terms of more travel and work opportunities that Maner felt Shi should not have received. However, Maner did not raise concerns about the couple’s relationship or its impact on other employees.

In 2009, Garfield’s lab relocated to Arizona using the facilities of Dignity Health. Maner joined Garfield, Dong, and Shi in Arizona.  However, Maner was forced to return to Texas for personal reasons.   Garfield approved a remote work arrangement for Maner.  Garfield’s  lab  soon  began  to  suffer from a  decline  in grant  funding  used  to  pay employee salaries and  research projects.   Dong’s position was eliminated.

In August 2011, Garfield submitted a highly negative review of Maner’s performance since the remote work arrangement started. Garfield noted that “it is not always possible to contact him.”   Garfield recommended that Maner return to Arizona or his position will be eliminated. Maner remained in Texas. Dignity Health eliminated Maner’s position on October 1, 2011, citing Maner’s poor performance and the lack of funding.

The Court of Appeal for the 9th Circuit had to consider this question:  Does romantic favoritism constitute sex discrimination under Title VII?

Title VII makes it unlawful for an employer to discriminate against any individual because of that individual’s sex. The  courts  have  interpreted this  language  as  giving rise to  at  least  three types of  sex  discrimination  claims:

While  each claim involves  different elements,  all  proceed  from the understanding  that Title  VII prohibits discrimination  against an individual  because  of  that  individual’s “protected  characteristic,” (i.e. their sex). The “paramour preference” theory being relied on by Maner argues that the term “sex” should also include sexual activity between persons.

The appellate court  rejected  the  argument  that  “sex”  as used  in  the  statute meant  “sexual  liaisons” and  “sexual attractions.”   Instead, the court interpreted “sex” as a characteristic similar to “race,”  “color,”  “religion,” and “national origin” and not as an activity. To  determine  whether  an  employer discriminated based on sex, one should  ask if changing the employee’s  sex  would have  yielded  a different choice  by  the  employer.

In the “paramour preference” scenario, the answer is no.   The employer  discriminates  in favor  of  a  supervisor’s  romantic  partner and  against  all  other  employees because they are  not  the  favored paramour, no matter  the  sex of  the paramour  or  of  the  complaining employees.  This is not unlawful discrimination. Changing the sex of  the  complaining employees  would not result in a different choice  by  the  employer because  the  identity  of  the favored paramour  would remain the  same.  The  motive behind the  adverse  employment  action is  the  supervisor’s special  relationship with the  paramour, not  any protected characteristics of  the disfavored  employees.

The court, therefore, rejected the “paramour preference” claim as a stand-alone basis of sex discrimination liability. An  employer  who singles  out  a  supervisor’s  paramour for preferential treatment  does  not discriminate  against other employees because of  their sex.  The appellate court affirmed the dismissal of Maner’s case.