Some of the best mob movies or gangster films are extremely popular and loved by fans. The best Mob movies often star Al Pacino, Robert De Niro, and Joe Pesci.

The best mob movies generally are brought to us by Martin Scorsese, Francis Ford Coppola, Brian DePalma, and even Quentin Tarantino.

We have made a list of the best mob movies that you can stream and watch. Since there are so many greats, it wasn’t easy to pick just one or two, so we picked ten.

These are by far the best mob movies made. 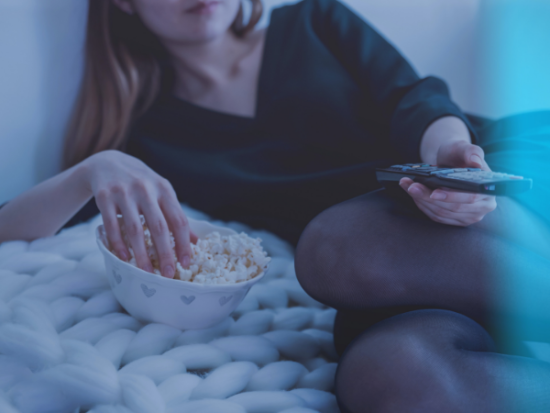 This movie is our pick for the best mob movie to stream and watches in 2021. The Godfather Part I was an adaptation of the Mario Puzo book with the same name.

Francis Ford Coppola raised the bar on mob movies when this movie was released. This is an epic mobster movie that is our choice for best mob movie.

The Godfather II is the sequel, and some think Coppola did a better job the second time around. This movie shows the Corleone family going in two different directions.

The second movie goes back into the past to show how Don Corleone rose from being an orphan in Sicily to a crime lord. Fast forward to 1950 with his son and what happens to the family as they are destroyed. 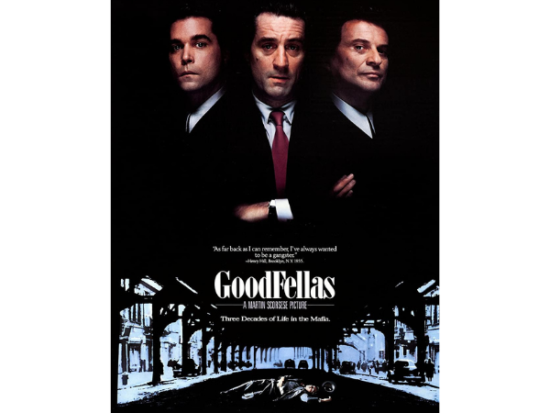 If you have not seen Goodfellas, you have missed out on one of the best mob movies ever.
Ray Liotta plays Henry Hill, who is an outsider at the beginning of this film.

Goodfellas has been one of Martin Scorses’s best films about a mobster who turns into an informant.

Henry Hill gets introduced to some of the right people, and badda bing badda boom, he is a mobster. Ray Liotta is amazing in the role and is supported by Joe Pesci and Robert De Niro.

This is one of the best movies in the mob movie genre.

Once Upon A Time In America

Sergio Leone made a masterpiece when he made this film. Robert De Niro stars as “Noodles,” and the film follows him and his life.

Noodles and his friends are Jewish and become gangsters in New York City. This is one of those mob movies that not everyone knows about but should. 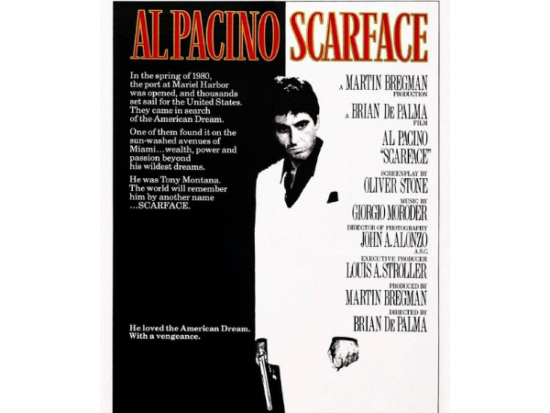 This Brian De Palma mob movie is a remake of the 1932 version, except the plot has changed quite a bit.

This movie takes place in Miami in the 1980s, and Al Pacino is fantastic in this classic.

When this movie was released, it did not do very well due to the violence and how Cuban immigrants were shown.

Viggo Mortensen plays a Russian mob enforcer who is doing a lot of jobs in this movie. It is a role that you do not expect to see Viggo playing, but he does it so well.

This movie by David Cronenberg has Viggo in a knife fight where he is nude in a bathhouse. 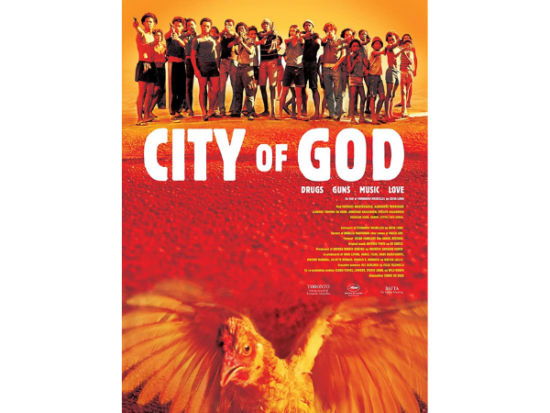 This movie is from the novel with the same name about the organized crime growth in Rio de Janeiro.

This is about two young men, one who becomes a powerful drug dealer and the other one is a photographer who shows his perspective.

Another great Brian De Palma movie focused on Al Capone is played by Robert De Niro. This time, the cops are looking for him and eventually take him down.

It stars Kevin Costner, Andy Garcia, Sean Connery, and Charles Martin Smith. It has one of the best shootouts of all of these movies too. 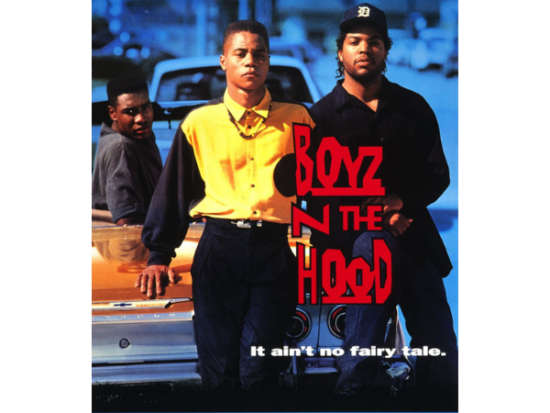 John Singleton made this movie a film school assignment. However, this debut movie became a huge motion picture.

It was critically acclaimed and nominated for many Academy Awards, and it is a huge part of black cinema as well.

This movie is set in Los Angeles and shows how life is in the hood. Ice Cube, Cuba Gooding Jr., and Morris Chestnut shine in this great film about growing up in South Central Los Angeles.

Yet another mob movie with Martin Scorsese as the director. Fans raised money for the campaign to change the ending scene.

It is set in South Boston and is much like the Hong Kong crime movie called Internal Affairs. This movie investigates the Irish mob. Quentin Tarantino’s mob movie put him on the map. This gangster classic movie is about a failed jewelry robbery.

This movie shows Tarantino’s strengths, such as gore, crazy plot lines, crime cases, and characters we end up loving.

This movie has so many memorable scenes that you will end up quoting after the second time you watch it. The soundtrack of this movie is extremely well thought out, and every scene fits so well with the music.

The cast and the soundtrack alone are terrific, add the plot, and you have magic.

This movie stars Ben Kingsley, and it is an absolute work of art. Kingsley is phenomenal in this film, and it is a must-see.

These movies alone are a great reason the mob movie genre is around today. Audiences love a great mob movie.

What is the most popular mob today? Some of the most popular mobs include the Gambino family, one of the five families that still have power in New York City.

La Cosa Nostra refers to the American mafia, which is originally out of Sicily. The other mafia groups are the Lucchese family, Genovese, Bonanno, and the Colombo families.

These families still work in major cities today. However, as the world has changed, other mob families, including the Russian mob, Yakuza, and the Irish mob, are operating today.

With all of these mob movies being made, our love for these films has skyrocketed as well. The popularity of mob movies has grown over time.

Many people have become obsessed with the mob movie genre as a whole.

Why are gangster movies so popular? 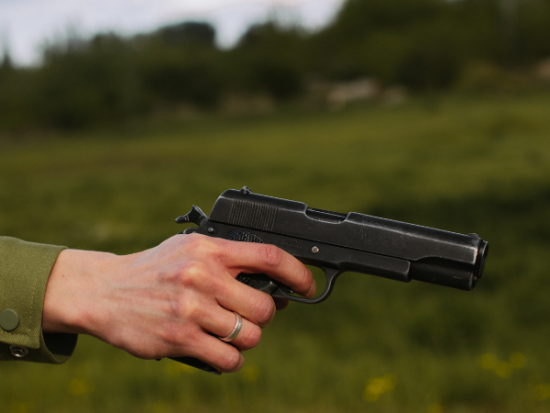 Have you ever wondered why gangster movies are so popular? It could be possible that audiences are big fans of the Prohibition Era, bank robbers, drugs, and the mafia.

For whatever reason, we have all become fans of mob movies. There are plenty of classic gangster movies starring some great actors too.

Gangster and mob movies are so popular because they show viewers a story of a way of life that many may be envious of. The gangster movies are mostly made with the gangsters being the heroes.

Gangster and mob movies are also a story of a wise guy who may be down on his luck. The movies show this guy and how he works his way up in the rankings with the mobs.

It portrays the wise guy as a hero and shows how he will do anything to get ahead in life and with his gang.

The mobsters and wise guys portrayed in these movies are not ordinary everyday guys, and they show us a world of dangerous crimes.

Breaking the law in these movies is fun and exciting, and the consequences are rarely of discussion.

The best mob movies have exciting and interesting themes too. These movies show the viewers power, loyalty, and what happens when your loyalty is questioned or missing.

Some of the best mob movies of all time are exciting, and you will never forget them either.

Viewers will watch the best mob movies repeatedly until they know every word and every scene.

The best mob movies appeal to most audiences, and they are exciting, fun to watch, and very memorable. Viewers have made mob movies some of the highest-ranked at the box offices, and the talent behind these movies is stellar.

Several of these movies are not general mob movies. However, they show us how gangsters and mobsters are not very different at all.

Each of these films showcases how these families stay alive and take care of their families somehow.

These are the best mob movies to stream and watch this year when you feel bored or want to watch one of the classics.

The gangster genre of films is some of the best out there.