US Democrats reach deal to pay for Biden spending plans

US Democrats reach deal to pay for Biden spending plans

The top two Democrats in the U.S. Congress on Thursday said they had reached a deal to pay for President Joe Biden’s sweeping social agenda, as the White House warned federal agencies to begin preparing for the possibility of a government shutdown.

The party remains deeply divided about the bill, with moderates objecting to its size and progressives saying they won’t accept anything smaller.

Even as that intra-party fight is playing out, Congress faces a pair of critical fast-approaching deadlines.

Funding for federal agencies will run out on Oct. 1 if lawmakers don’t act, which would prompt a partial shutdown of the federal government. The U.S. Treasury has also warned that unless Congress raises or temporarily lifts the nation’s borrowing limit it will run out of money to pay the government’s bills by mid-October, which could cause a historic default. 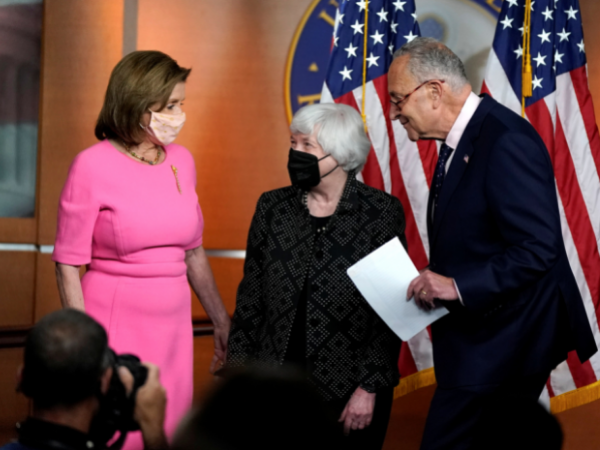 Republicans, who see the debt ceiling debate as a way to derail or scale back Biden’s agenda, have vowed to oppose the debt ceiling and government funding measure that passed the House of Representatives on Tuesday.

The White House characterized its warning to federal agencies to prepare for a possible government shutdown as a formality.

“It’s just a reminder,” White House press secretary Jen Psaki told reporters. “We’re seven days out, and we need to be prepared, of course, in any event of any contingency.”

Still, even with those risks approaching, Pelosi and Schumer sought to present Thursday’s deal as a victory the morning after Biden met with congressional Democrats to try to hash out an agreement on the size of the package.

“We know that we can cover the proposals that the president has put forth,” Pelosi said at a news conference. “This is a giant step forward.”

Neither she nor Schumer offered details about the agreement or the overall price of the legislative package. Multiple members of the Democratic rank and file said they have not yet seen the framework.

Senate Finance Committee Chairman Ron Wyden said the framework was a bid to overcome differences between moderate and progressive Democrats, whose support is crucial to enacting Biden’s legislation without Republican votes. Democrats’ razor-thin majorities leave them just three votes to spare in the House and none in the Senate if all Republicans vote against them. 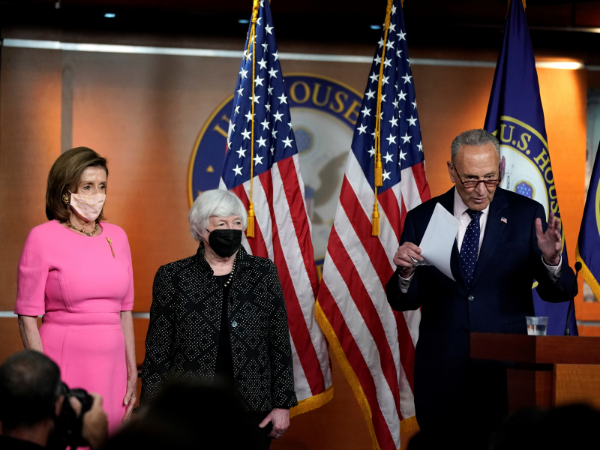 “The moderates are right when they say you ought to pay for the areas you want to invest in,” Wyden told reporters. “I also believe that the issue of paying for things has to bring in a new measure of fairness and everybody’s got to pay their fair share, and that’s what we’re working on.”

Democratic moderates and progressives have sparred over the scale of the president’s spending plan, as well as a $1 trillion bipartisan infrastructure bill the House is due to consider on Monday.

The framework announcement signals agreement between the chairs of the House and Senate tax-writing committees on a menu of options that could be used to pay for the emerging spending bill, according to a Senate Democratic aide.

The Senate next week plans to vote on a measure to suspend the $28.4 trillion debt ceiling and keep federal agencies operating after Sept. 30, the end of the fiscal year.

MOST READ
usa How to cure a hangover
usa What is a bitcoin ETF?
usa NBA’s 75 greatest players list – let’s discuss who is best
usa The best ETFs from the most promising economic sectors
usa Larry Itliong had principles, Colin Powell had medals
usa Carmelo Anthony leads Lakers win over Grizzlies
usa Best mechanical keyboards to buy for work and gaming