What is Pickleball? Everything you need to know | INQUIRER.net USA

What is Pickleball? Everything you need to know

One of the fastest-growing sports in the United States is pickleball. Pickleball uses a court and a net. What is pickleball?

Pickleball is a paddleball sport that is a combination of badminton, table tennis, and tennis. There are elements of these sports in pickleball.

People of all ages are playing pickleball. This is fun and friendly with really simple rules. Pickleball is a great game to play if you are just a beginner.

It’s a fun and fast-paced game for the whole family.

What is pickleball, and how is it played? 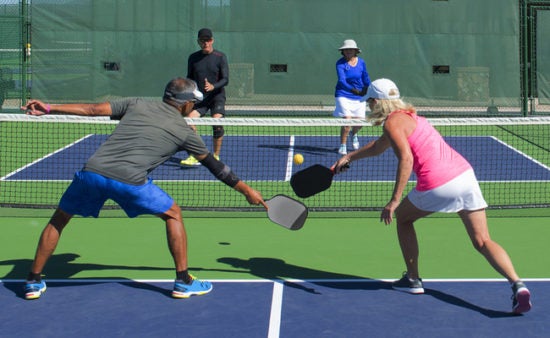 Pickleball was invented in the 1960s. Children would play in the backyard. The game started being played at local community centers, schools, parks, and retirement communities.

The game spread around, and many people started playing. The sports itself has seen a 650 percent increase in six years. This is what the USA Pickleball Association said recently on the pickleball site.

Pickleball is a game in which players use pickleball paddles made of wood or other materials, and they hit a pickleball, which is much like a Wiffle ball.

A paddle is a lot like a ping pong paddle. The game is on a pickleball court.

The games can be played as singles or doubles, and doubles are usually the most popular. In the game, the singles and doubles games have the same playing area.

When serving, the server’s arm moves in an upward arc when the ball is hit. The paddle contact with the ball has to be made below the waist.

The server’s feet cannot touch the court or outside the centerline, and one foot must be behind the court’s baseline or the baseline.

There is only one serve attempt per server.

Rules to Keep in Mind

The one who is serving will keep going back and forth, and they will do this until a fault occurs.

Once the server commits a fault, the second server will get their chance to score.

Points are scored only by the serving team. The team with 11 points wins the game, and they must also be winning by two.

The non-volley zone is the court area within 7 feet on both sides of the net. It is often called “the kitchen.”

A ball must make contact with part of the line when it is served.

Faults in any move or action that stops play because of a violation.

Why is it called pickleball? Pickleball is this because of the wife of Joel Pritchard. She called it pickleball because it was a mix of different sports, reminding her of a pickle boat.

Barney McCallum mentioned that the Pritchard family named the game after their family dog, named Pickles.

The way the game got its name is most likely true, but it was not pickleball until the game had a name. Once it was given the name, the game took off, and players from all over have joined the games.

Once the pickleball fan and player base started increasing, more and more people wanted to learn the game and its rules.

What are the 5 Rules of pickleball?

The five rules of pickleball are not that difficult to follow or mess up. The first rule is that the ball must stay in inbounds.

Rule number two of pickleball is that there should be one bounce per side. Rule number three states that the serving must be at the baseline.

The fourth rule of this game states that the service cannot land in the no-volley zone, and the fifth rule is that the game will end when a team scores 11,15 or 21 points.

Of course, with any sport or game, there are minor rules as well. One of the minor rules states that the ball cannot bounce twice.

There is a lot of information on the game online. The USA Pickleball Association is the official site and association of the sport.

This is the official site, and everything you have ever needed to know about the sport is on this site.

Where is pickleball most popular? 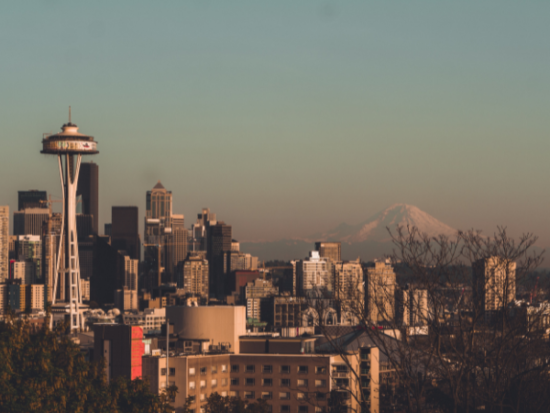 As this game grows in popularity and there are certain areas of the United States that the game is very popular. If you find where the sport is popular, the more players there are.

More players mean you can play others in your area and enjoy the game of pickleball.

There are ten states that this game is very popular in. Most of these cities are popular hubs for the game itself.

Seattle, Washington is one of the places where the game began, so of course, it is on the list. Pickleball Inc. is also here. There are many places to play the game in Seattle.

St. Paul, Minnesota, has many indoor courts for pickleball.

To sum it all up, if you are looking for a new fun game to play, look no further.

Pickleball may have a funny name and not seem like it would be fun. However, this is a really fun and interesting game.

Even though the rules seem fairly extensive, once you play the game and see a demonstration, you will get the hang of it.