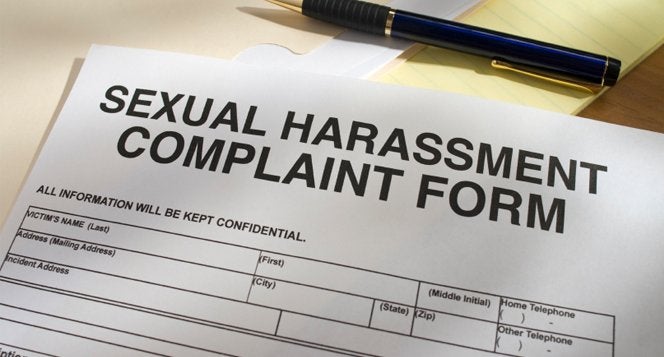 Filipino men who live by the old sense of a querida system’s double standard may have noticed your American Filipino buddies quaking a bit.

A new sexual revolution is starting up in American society that is exposing not just men with mistresses, but also men prospecting for sexual dalliances, mostly in the work place.

The double-standard that has divided men and women is no longer at play.

Equality is reaching a new level in the home of democracy.
It has given us some great Thanksgiving topics this year at our American Filipino family table; but did anyone figure the first course would kick off with, “So anyone thankful they didn’t get harassed this year? How about the last 30?”

It’s prime for a bunch of “me too” moments, and in a bit I will share mine.

We are currently in this strange time sexually in America where a Victorian-type reckoning has come upon us, beating back the love-the-one-your-with anarchists and redefining the lines of civil flirtation in the age of digital promiscuity.

YouGov and The Economist did a survey of 1,000 Americans on November 4, and asked:  “Would you consider it sexual harassment if a man, who was not a romantic partner did the following…”

The choices were limited to “looking at breasts,” “placing a hand on the lower back,” and “commenting on attractiveness.”

Of course, females over males generally thought it was always or usually inappropriate. But the surprising difference was that younger males, 18-30, were always more prudish and respectful than those horn dog males aged 64 and up (not my demographic).

And that was the key generational line that emerged, which, of course, coincides with most of the names dragged out since the Harvey Weinstein reporting began the deluge. Men in their 60s and up.

Most notably, I’d put Donald Trump at the top of the list. He’s hidden behind the presidency, but his failure to condemn Alabama GOP Senate candidate Roy Moore, while speaking out against Democratic Sen. Al Franken, is thick, thick hypocrisy.

Trump still has more than a dozen women at the ready with accusations against him, the self-described “pussy grabber.”

It comes at a time when the U.S., and maybe even the world, needs  a unifying moral leader to acknowledge that we are in a new era for  women, civil rights and justice in America.

And at this critical moment, we have exactly the wrong person in office.

Not only do we have someone intent on rolling back progress made over the last 50 years on everything from civil rights to net neutrality, we have an unrepentant perp, who likes it the way it used to be.

It defines perhaps the most significant generation gap we have.

Sexual harassment wasn’t even a thing until the late 1970s, that only grew as more women began working. The EEOC didn’t have a definition for it until 1980.

Between 1980 and 1985, The Economist reports there were just 16 cases of sexual harassment. It wasn’t until 1986, when the Supreme Court ruled that the 1964 Civil Rights Act applied and made companies liable for harassment, that the complaints grew. In the last 30 years, there have been 400,000 complaints against companies.

And there would be even more. The EEOC estimated in 2016 that 25 to 85 percent of women faced harassment at some point in their working lives.

All we needed were more empowered workers to come forward and say “me too.”

My ‘Me Too’ Moment

American society is finally waking up, as more people come forward. But one thing that studies have shown is that non-white women are no more at risk than whites–no matter how many Asian fetish cycles we’ve been through in pop culture.

So race is not so much a factor. Neither is sexual preference. The Terry Crews and Kevin Spacey incidents show that gay or straight, harassment is a thing. The sociobiology in all this is strong. Genes want to replicate, or at least exert their will.

The point is it’s not really about sex. It’s really just power.

In my experience coming up in the media business from the ’70s, I was often the only Asian American or Filipino in the room, in places like Boston, Houston, Dallas, St. Louis, Reno, Sacramento, Washington D.C., and yes, even in San Francisco.

Was it harassment when a female superior commented on the size of my feet? And not because she wanted to assure I had comfortable shoes for work, but rather because one appendage is an informal indicator for more intimate one and, well, now everyone is looking at my feet and more.

It came up in those open circle meetings, where we all sat legs crossed, feet dangling under notes and papers, and then the discussion turns from story topics to one’s shoe size. More than once.

Imagine a male exec talking to a female about the size of her bra cup.

I didn’t know how to react.

In another instance, a male superior, a known bully, grabbed me by the lapels.

Only in the movies, right? In real life, the boss crossed the line. But it wasn’t about sex. Just power.

Situations also came up in the field. As a reporter, I would talk to important officials of public and private institutions. During one interview, I asked a pointed question and the person interviewed didn’t appreciate it. He grabbed me by the neck as if the physical threat would keep me from reporting the truth. He was just exerting his will, trying to overpower me.

It didn’t work. I did my report, which was negative against the person. But I never spoke out about how I got my story, or of any of these situations that happened to me.

I was caught in a different era, when I was happy to be in the room. But I was focused on race, not about sex or power.  Was I wronged? Yes. But would anyone listen to me?

In the end, my response was typically Filipino. I did not rock the boat. But I was ready if something ever happened again. It didn’t. But I also never got where I had hoped in my career. I should have gone amok when I had the chance.

In retrospect, I wish I had spoken out and challenged the power. It may have helped others, fellow travelers following my same path.

I wish I had the courage of the people coming forward today.

It may have hastened this moment of progress and change that is clearly upon us. It’s happening in American society. The world next?