If California voters dump their governor in Tuesday’s recall election, Gavin Newsom’s most likely successor is Larry Elder, a radio host and lawyer who has rhapsodized about Donald Trump, mocked women and derided the Black Lives Matter movement.

If a majority of California voters say “yes” to removing Newsom on the first part of the recall ballot, the top vote-getter on the second part of the ballot will become governor. Polls show Elder, a Republican in a heavily Democratic state, leading the field of 46 candidates running to replace Newsom – 24 Republicans, nine Democrats and 13 who are either from third parties or are nonpartisan.

The latest polls show Newsom is likely to survive the recall attempt. Newsom campaign ads have used Elder’s image alongside Trump in an attempt to motivate progressive voters. 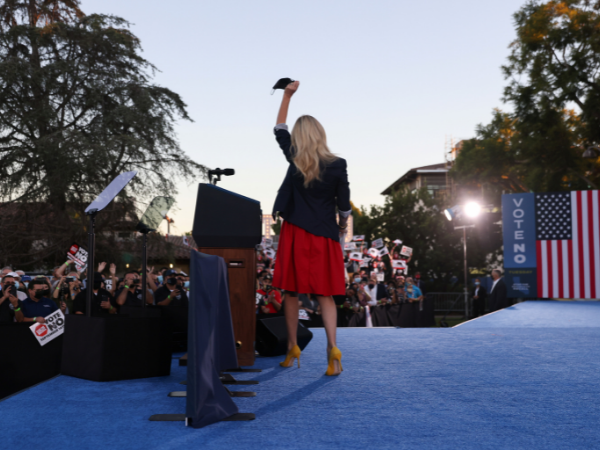 “To call me a Trump-supporting radio host is a little unfair … call me a Mitt Romney-supporting person, or a George Herbert Walker Bush person. I’m a Republican,” Elder told CNN.

But the Los Angeles Times quoted Elder, 69, as telling an audience of conservatives in 2019: “The election of Donald Trump in 2016, in my opinion, was divine intervention.” He added: “It was a miracle. He is almost God-sent.”

Elder campaign spokesperson Ying Ma said the recall election “has nothing to do with Trump … It’s about Newsom.”

Elder, who is Black, has said his views grew out of his parents’ contention that he could overcome racism with hard work and determination. Elder criticizes high taxes and government regulations, takes a tough stance on crime and has been embraced by conservatives who see him as a refreshing antidote to political correctness.

The Elder campaign says biased media have attempted to turn voters against Elder and overlooked the diversity of his support base.

“Voters of all stripes have responded with overwhelming enthusiasm to Larry Elder’s candidacy,” Ma said in an email. “Maybe offense wouldn’t be taken if the media weren’t so biased and dishonest when reporting on his statements and positions.”

Elder calls himself the “Sage from South Central,” referring to a largely African American district of Los Angeles. He left Los Angeles after high school, attended Brown University in Rhode Island and earned a law degree at the University of Michigan. 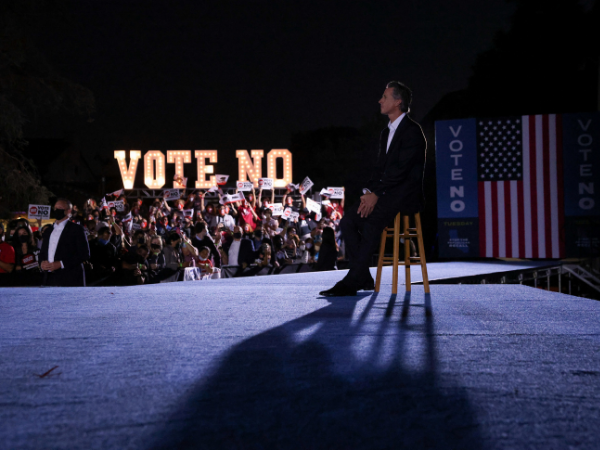 After practicing law in Cleveland, he returned to Los Angeles in the 1990s and began his career as a radio host, later becoming syndicated nationwide. He is a frequent guest on conservative media outlets such as Fox News.

Elder defines himself as “an American who is Black” rather than African American, telling The Hill in an interview in February, “The idea that there’s systemic racism against Black people is a lie.”

Elder has blamed the Black Lives Matter movement for rising crime. In July on “The Candace Owens Show,” Elder suggested in a discussion about reparations for slave descendants that slave owners also deserved reparations for having their property taken away.

Such remarks have drawn scorn from some. The headline of a Los Angeles Times column declared, “Larry Elder is the Black face of white supremacy.”

Elder responded in a television ad, asking viewers, “Do I look like a white supremacist? I walked those hard streets.”

Elder also has accused women of exaggerating sexism and hinted women who participated in an anti-Trump march in 2017 were too unattractive to be sexually assaulted. In a 2000 column for Capitalism Magazine he wrote, “Women know less than men about political issues, economics, and current events. Good news for Democrats, bad news for Republicans. For the less one knows, the easier the manipulation.”

On the coronavirus pandemic, Elder has vowed, in the name of defending personal freedoms, to repeal requirements for vaccines and mask-wearing. He is also a climate change skeptic.