What are some of the best movies on Shudder? With fall approaching and October just a month away, people are starting to get ready for Halloween.

One way to get in the spirit is to check out Shudder. Some of the best movies on Shudder include horror films and more.

The horror genre is what Shudder represents. We have done some research, and we found some of the best movies on Shudder for your viewing pleasure. 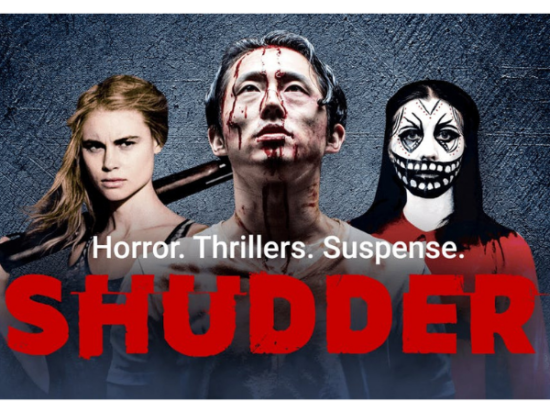 This service is from AMC Networks, and it is the only premium streaming service for all fans of horror, suspense, and thrillers.

Some of the best movies on shudder can only be seen through this service. Shudder has an endless collection of movies too.

They have one of the largest selections of exclusive new releases and genre-defining classics. New films and series are added every week.

Shudder has a panel of experts that handpick all the titles that they have in their collection. There are many Sudder exclusives that can only be viewed from Shudder.

Anyone can sign up for Shudder directly on their website if they want to join. You can stream Shudder for $5.99 per month. This gives you unlimited streaming. A yearly subscription is $56.99, which is $4.75 each month.

Shudder offers a free 7-day trial period, and you can cancel at any time. Shudder is supported by the website on a computer or laptop, Apple, Android, Roku, Fire TV, and Xbox.

If you are a huge horror fan, you want to sign up for Shudder directly and download the Shudder app for a great experience.

The Shudder app has the most features, and it is the cheapest way to subscribe to the service. Shudder has over 365 movies, 40 series, 7 podcasts, and more.

These are thrillers, creature features, horror-comedies, tales of the supernatural, body horror, end of the world films, cult movies, and more.

Now that you know more about what Sudder is, watching the best movies on Shudder will be exciting and a new experience altogether.

What should I watch on Shudder?

If you are wondering what you should watch on Shudder, we have a few suggestions. 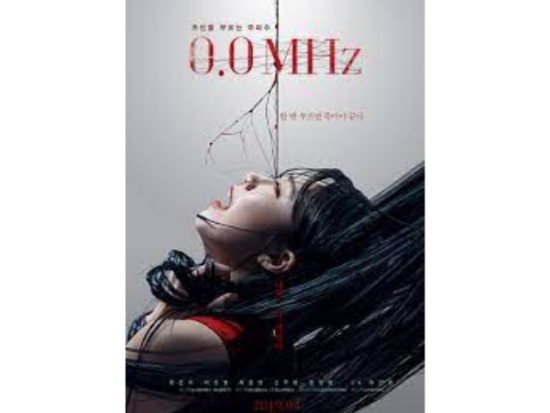 This is a South Korean horror movie about ghost hunters and when they explore a haunted house. This is one of the Shudder films that fans were not very happy about.

The reviews are mixed on this one. You may like it. However, give it a chance.

Lake of Death is a remake of the movie Lake of The Dead, released in 1958. This is about a group of friends staying at a log cabin beside a strange and mysterious lake.

Lillian, who Iben Akerlie plays, has to confront her past before it takes her out. This movie is a good film. However, it has a few bragging points.

The Marshes is centered around three biologists who visit the marshlands for ecosystem research. Not too far into this movie, the scientists find out that they are not alone.

The killer in the movie stalks his victims through tall grass. At first, this film seems like a psychological thriller. However, it becomes a slasher movie rather quickly.

Color Out Of Space

This is one of the best movies on Shudder, and it is a Shudder Exclusive. Nicolas Cage stars in this Hp Lovecraft feature film that Richard Stanley directed.

The movie is set in Massachusetts, and it is about a farmer whose life is disrupted by a meteor landing in his front yard.

Along with the meteor are extraterrestrial mutant organisms. These organisms manipulate the minds of the locals.

We cannot spoil the movie, but it is a must-watch. 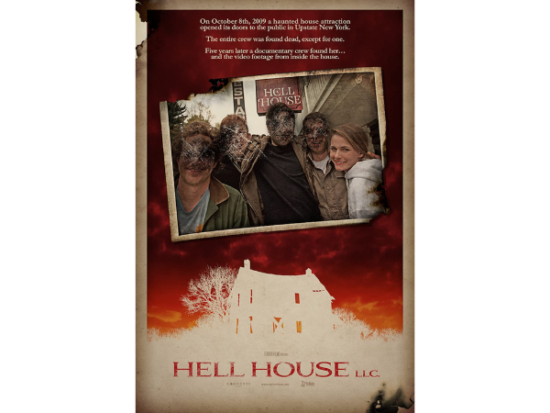 Hell House LLC is from 2015, and the sequel to it, Hell House LLC: TheAbaddon Hotel, are both great documentaries. Writer-director Stephen Cognetti follows a group of haunted house creators around.

These creators are preparing for the haunted attraction to open. This attraction is called Hell House. Then on opening night, a tragedy strikes. Fifteen tour-goers and some staff are dead because of some sort of malfunction.

This movie shows what happened to cause this tragedy. The sequel, The Abaddon Hotel, shows journalists exploring the Abaddon Hotel. A man broke into this hotel, and after one year, he never came out.

There is a third Hotel Hell LLC called Lake of Fire. These are worth checking out.

This cult classic made a huge impact on horror fans when the movie was released. However, Shudder has brought us Creepshow, the series.

These shows take on the classic stories and add a few extras to them. Some of the episodes are dark, but these are a must-watch.

Besides these films and shows, there are many other original Shudder options to watch. These Shudder originals are some of the best movies on Shudder.

What are the best Shudder original movies?

Some of the best movies on Shudder are, in fact, their originals. In 2020, Shudder released 26 original movies.

These are our picks for the ten best movies on Shudder. 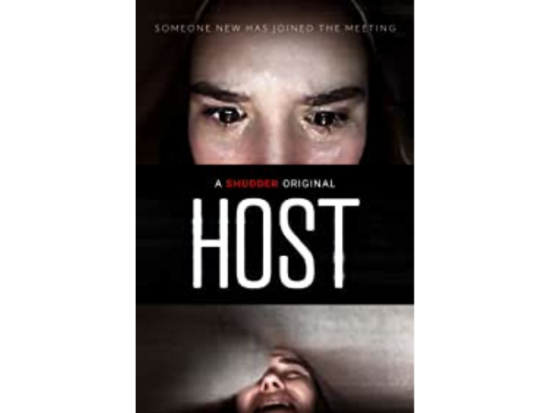 One movie that put Shudder on the map is Rob Savage’s movie “Host.” We have watched many of Sudder’s original films, and we have a list of the best movies on Shudder- the Shudder originals version.

This short story is about six friends that hire a medium to have a seance from a Zoom meeting during the lockdown. These six friends find out that they are getting more than they expected.

This is one of the best movies on Shudder for many reasons. One of them is how relatable it is to how our society is right now with the pandemic and Zoom meetings.

This is a film anthology that is a Shudder exclusive. Clancy Brown is a mortician that gives the audience a selection of the scariest stories he has ever heard. These are much like a Tales From the Crypt episode. 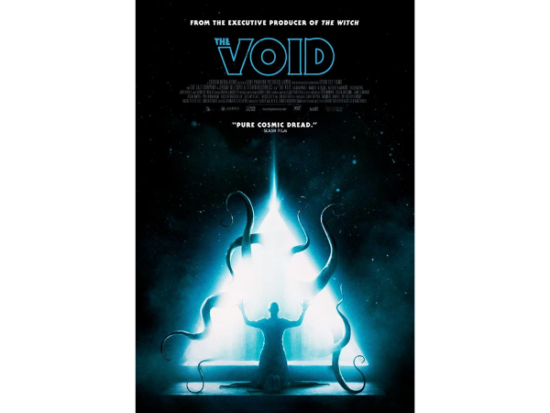 If you like John Carpenter’s work, you will like The Void. It is a story of a group of people at a hospital. However, there is an open portal on the other side. What happens next is when the horror begins.

If you are a fan of Saw, you might like this movie. Tobin Bell is a priest who helps investigate a massacre at a school. The detective thinks one of the students played a role. However, the priest does not.

This is a Mexican horror film directed by Emilio Portes. This movie helps characterize films such as The Exorcist and La Llorona. This is one of the best movies on Shudder, and it has great cinematography too. 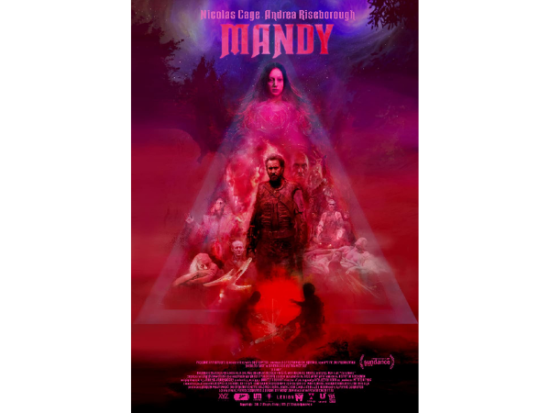 Mandy was directed by Panos Cosmatos and starred Nicolas Cage. It is one of the best movies on Shudder. However, it is a deranged movie.

It pays tribute to the grindhouse movies of the 1970s.

Nicolas Cage is a man who wants revenge after a violent tragedy occurs. This movie is awesome visually, and Cage shows that he is a serious actor. There is a lot of gore and violence.

Revenge is about a young woman who has been wronged—terribly wronged! This woman unleashes violence on the ones who did horrible things to her.

This is a great film. Just be prepared for some scenes you may not be comfortable watching. There is gore, blood, and violence, but in the end, there is a feeling of excitement for the young woman.

This is not a true movie, however, a documentary about Black filmmakers and performers, but in the eyes of horror movies. It stars Jordan Peele, Tony Todd, and Ken Foree. 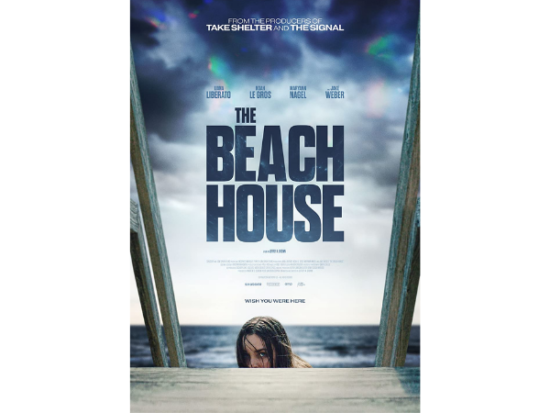 A young couple goes to the beach to relax and get away. When they arrive, another couple is at the same house. This is nothing in comparison to what happens in this movie.

Something eerie is floating on the water, where the real horror begins when it’s over. You will see how this is one of the best movies on Shudder.

If you like festive holiday horror, look no further. Christmas Presence is one of the best movies on Shudder for the holiday season. James Edward Cook gives viewers horror and comedy in a story about friends at a remote log cabin.

There is a massacre that occurs, and the horror continues throughout. This Japanese zombie movie is one of the best. If you want to watch a movie with jump scares, this movie might be a good choice. It is the best movie on Shudder as of now, and it is great.

One Cut of the Dead centers around zombies and comedy. The movie is about filmmakers who make a zombie film. Then a real zombie outbreak happens. This is by far the best horror-comedy to come out yet.

To sum it all up, if you do not have Shudder, we suggest that you try it out, especially if you are a horror movie fan.

With Halloween just around the corner, the screams will be all over this service.

You do not want to miss the season’s upcoming originals. The best movies on Shudder are great representations of what kind of great films you will see.