Wall Street indexes gained on Thursday after data showed weekly jobless claims fell to a near 18-month low, allaying fears of a slowing economic recovery due to the impact of the Delta coronavirus variant.

The Labor Department said initial claims for state unemployment benefits dropped 35,000 to a seasonally adjusted 310,000 for the week ended Sept. 4, the lowest level since mid-March 2020.

The economy-sensitive S&P 500 financial sector index and the banking sub-index were among the top gainers, rising 0.9% each.

JPMorgan, Wells Fargo, Citi Group and Morgan Stanley all gained between 1.1% and 1.6%, tracking a slight rise in benchmark bond yields following the data.

Seven of the 11 major S&P 500 sectors were trading higher, with the defensive real estate, utilities and consumer staples falling in early trading. 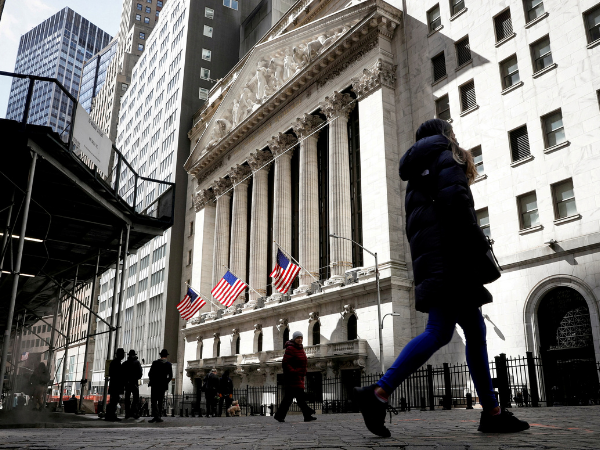 “As the market struggles to snap out of its losing streak this week, the pandemic-era low for jobless claims could be a potential catalyst,” said Mike Loewengart, managing director, investment strategy, at E*TRADE Financial.

The S&P 500 and the Dow Jones indexes were set to snap a three-day losing streak, while the Nasdaq was lifted by heavyweight technology stocks including Apple Inc, Microsoft Corp and Amazon.com Inc.

Investor mood has been glum this week after a recent monthly jobs report showed a slowdown in U.S. hiring amid worries over a fading recovery. Uncertainties over the U.S. Federal Reserve’s stimulus tapering timeline has also been a drag on sentiment.

“There is some caution in the market regarding the Delta variant, but the weakness seen this week seems to be a blip on the horizon as equities continue to perform better than other assets and we expect activity to return to normal this month,” said Seema Shah, chief strategist at Principal Global Advisors.

Video game retailer GameStop Corp tumbled 8.2% as the company’s silence on its turnaround plan left its army of small-time investors questioning the meteoric rise in its share price this year.

The S&P index recorded 21 new 52-week highs and no new low, while the Nasdaq recorded 25 new highs and 19 new lows.

LATEST
US House passes bill to suspend debt limit and fund government
US agency confirms air bag investigation of 30 million vehicles
Fed will possibly open ‘taper door’ but hedge on outlook
‘Capitalism has not served our economy as well as it could’ – U.S. Speaker Pelosi
Canada fossil fuel workers expect Trudeau to keep his pledge
Fil-Canadian makes a splash with Hello Darling headbands