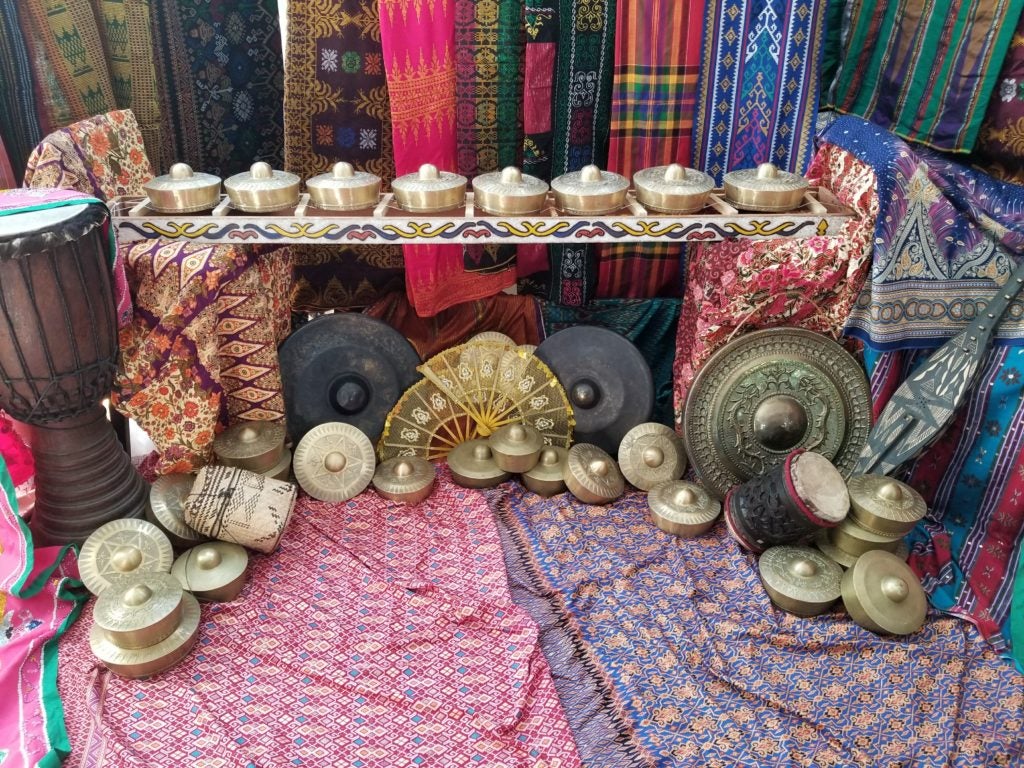 My kulintang journey began in 2012,back when I heard more kulintang music over a short period of time than my 26 years of living in Manila. Around the same time, I met several souls that were

deeply into the music.

Growing up in the Philippines, there were different perceptions of the music that made it difficult to even have access to it, let alone, be able to play and hear it unless you really looked for it. I was fortunate enough to have a little exposure to it during high school as we had to learn bits and pieces of our cultural arts. But outside of that, it was all pop and mainstream music brought in by international artists on the airwaves.

Hearing kulintang a lot, it seemed like a voice talking to me. When practitioners say “talking gongs,” they’re not kidding, the gongs really talk to you. What seem to be voices of our ancestors have drawn me closer and closer to kulintang melodies; hence, my drive to continuously learn more about it. Sixteen kulintang pieces later, I’m in, and I realize there are a few things people need to remember about kulintang music.

It isn’t Muslim. It isn’t islamic Music. It’s Filipino. Pre-colonial Pilipino for that matter. While similar instruments can be found in different Southeast Asian countries, the melodies of kulintang are based on traditional chanting, vocal music and boat-lute music that were eventually translated to the Kulintang ensemble. This used to be how our ancestors communicated with each other. They are actual voices, and the patterns on a piece are conjugations of each other, as if speaking a language.

We know that there are over 7,000 islands in the Philippines. Yup, that’s how diverse the country is. Southern Philippines alone, where kulintang is mostly heard, has several kulintang playing ethnic tribes, including Maguindanao, Maranao, Tausug, Sama, T’boli, the Blaan, Manobo and Bagobo, among others. Think of it as rock and roll, where each band is composed of different instrumentalists. Some three-piece bands choose not to have lead guitars while others choose to have 13 band members playing all kinds of different instruments. A kulintang ensemble can either have three agongs or two; some include the gandingan while some don’t.  Some pieces are rhythmic while most are very melodic.

Just because you hear gong chimes through kulintang, that doesn’t mean it’s Islamic. While it’s been heard pre-Spanish occupation, it has nothing to do with Islam. Its association with Islam has become a tactic for the Spanish conquistadors to create a divide as they found it hard to infiltrate the Mindanao region. Calling kulintang Islamic music is like calling Philippine music Spanish. Know your own culture!

Every beat, pattern, rhythm is based on chants about the earth, the environment, for healing, celebration, processions, etc. This was a way of communication. A way to relate to nature and a way of life. Each piece tells a story.

Hitting gongs does not equate to kulintang music. Kulintang is an instrument and the type of music it produces comes from many years of interpreting nature and our peoples’ environment. It’s story-telling. It is healing. It is celebrating. Its melodic sounds tell stories of tribal people based on their experiences. Each pattern interprets voices chanting over the years.

It’s not just  intended for theater or for stage presentations. It could be something you do to heal yourself or others, to entertain or celebrate. Just like our ancestors, you can use it in any form as long as you are able to communicate your work and how it relates to the origins of the kulintang culture. Immersing in kulintang music is immersing in a whole plethora of pre-colonial culture. It includes dances and stories that were once told.

Traditionally, among various groups, kulintang ensembles are composed of mostly women.  Among them are the Maguindanao, Maranao, Tausug, Sukul, Badjao and many others. The graceful, slow and relaxed movements of playing the kulintang was associated with the splendor of females. In North America, kulintang is seen as mostly played by men and is not strictly seen as a woman’s instrument anymore, especially  bycontemporary kulintang players. If you are a woman and you are reading this, maybe it’s time to grab a pair of beaters and start learning.

While these are basic insights about the music, there is a lot to learn. Even practitioners who have been immersed in kulintang music for many, many years are still discovering new things and continuously learngin things. We have a deep, rich and colorful history mostly untapped and never learned from school. Immersing yourself in kulintang comes with a bigger responsibility–more than we know and more than we think we know.