Cities as Keys to the Kingdom

Cities as Keys to the Kingdom 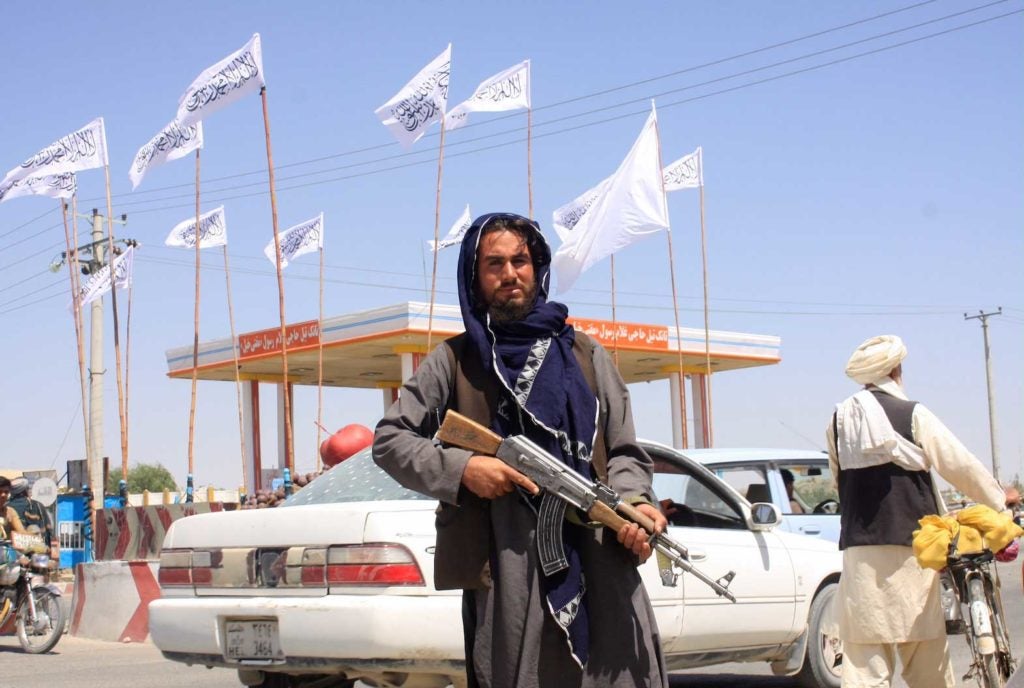 A Taliban fighter looks on as he stands at the city of Ghazni, Afghanistan August 14, 2021.

NEW YORK—The ongoing debacle in Afghanistan, wherein the brutal Taliban in blitzkrieg fashion have taken over the country, reclaiming the power they lost in 2001, surprised only those who naively believed US-backed rule had finally put in place a stable government. This, in a country more of a notion than a nation with the well-deserved reputation as the graveyard of empires.

The capture of Kabul was astoundingly swift, with the government forces simply folding up their tents and melting into the populace, or fleeing the country, as the top government leaders did. Taking Kabul was the inevitable endgame move, the king piece toppled.

The fall of Kabul reminded me of how controlling Manila over the centuries has likewise played a central role—again, the king piece—in determining who lords it over the archipelago. Since the 16th century, Manila, or Maynilad, as it was originally known, has always been the centerpiece in various struggles to gain control of the islands.

In 1570, Maynilad was a fortified Muslim settlement, controlling the Pasig River delta and the inland waterway leading to largest lake in the country, later named Laguna de Bay. Its ruler was Rajah Suleiman who refused Spanish overtures, leading to inevitable conflict. Unlike LapuLapu’s defeat of Magellan in 1521, Suleiman lost, and Maynilad was burned to the ground. Once the Spanish forces left for Panay, however, Suleiman returned and rebuilt Maynilad.

The next year, Miguel de Legazpi himself led a larger force, consisting of 27 boats, 280 Spaniards, and a contingent of Visayan warriors, known by the Spanish as pintados, or painted ones, for their colorful tattoos. Rather than submit, Suleiman ordered Maynilad to be burnt once more, to render the Spanish victory a hollow one. On June 3, 1572, Maynilad was designated the seat of Spanish power in Las Islas Filipinas, its name shortened to Manila.

The greatest threat to early Spanish dominion came in 1574, when the Chinese warlord Limahong appeared off the coast of Intramuros, the heart of Manila, commanding a flotilla of 62 ships, 2,000 warriors, assorted artisans, farmers, and women. Though Limahong’s attack force overwhelmed the towns south of the walled city, it was repulsed by the garrison, with help from local datus, including Suleiman, once the latter were promised concessions befitting their status.

Limahong and his fleet sailed up the northwestern coast to Pangasinan but were pursued by Juan de Salcedo, Legazpi’s grandson, and were once again put to flight, though Limahong was never captured.

More than three hundred years later, on August 13, 1898, in the concluding phase of the Spanish-American War, the Spanish defenders of Intramuros surrendered to the American bluecoats in a mock battle that nevertheless saw six American and forty-nine Spanish casualties. To have yielded the city to the Indios would have been unbearable to the Iberians who considered themselves superior.

During World War II, the Japanese marched into the city without having to destroy it, as the capital had been declared an open city, precisely to prevent its destruction. It was a different story once the roles were reversed, and the US forces had returned, as MacArthur promised, to reclaim the city and the colony. From February 3 to March 3, 1945, the battle to oust the Japanese was apocalyptic, the fiercest urban battleground in the Pacific theater, akin to the battle for Stalingrad. Fighting was hand-to-hand, street-to-street, with many of the Japanese soldiers running amok and committing unspeakable atrocities. For their part, US artillery indiscriminately pounded Intramuros into rubble, with civilian casualties making up most of the dead.

In 1986, in the short span of four days, February 22nd  to the 25th, there was another battle for Manila and its environs, albeit a peaceful one, to retake the capital region from an occupying power but a domestic one this time: the US-backed autocracy of Ferdinand Marcos. There were tanks and soldiers in combat dress, shots were fired, but unarmed millions of the citizenry from all walks of life, full of passionate conviction, stood up and said no to the conjugal dictatorship.

Hoping against hope but perhaps the citizens of Kabul can stand up to the Taliban, as forbidding and fearsome as that sounds. And may this hold true as well in next year’s Philippine presidential elections, and the nation turn its back on the murderous and inhumane legacy of Rodrigo Duterte.