Rolling Stones drummer Charlie Watts, widely regarded as one of the coolest men in rock, a jazz enthusiast and a snappy dresser, died on Tuesday just three weeks after pulling out of the band’s upcoming U.S. tour for health reasons.

“It is with immense sadness that we announce the death of our beloved Charlie Watts. He passed away peacefully in a London hospital earlier today surrounded by his family,” Watts’ spokesperson said in a statement.

Among the first British bands to properly crack the American market and a symbol of 1960s London, the Rolling Stones lineup of Watts, Mick Jagger, Keith Richards, Brian Jones and Bill Wyman produced a string of hit records. The Stones also went on to break records with multimillion-pound grossing global tours. 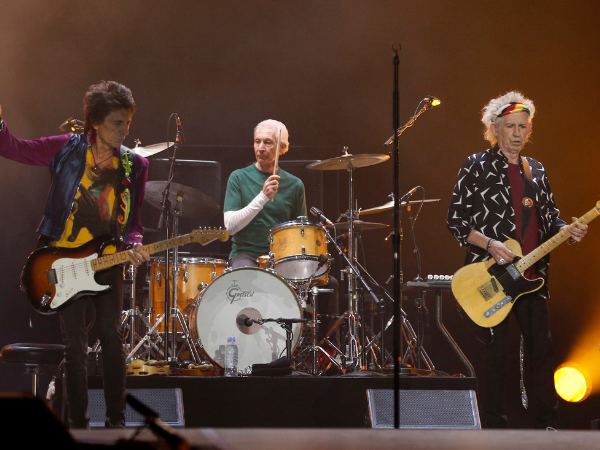 Former Beatles drummer Ringo Starr described Watts as a “beautiful human being” and said he was shocked by Watts’ death.

“I knew he wasn’t doing well, but it was a shock to me,” Starr, who joined the Beatles in August 1962, five months before Watts became a member of the Rolling Stones, told the Wall Street Journal in an interview after Watts’ death.

Watts played drums on all of the group’s 30 albums and on every tour. No cause of death was given for his passing, but the announcement followed an Aug. 4 statement by the band that the drummer was pulling out of its rescheduled No Filter U.S. tour because he needed time to recuperate after an unspecified emergency medical procedure. 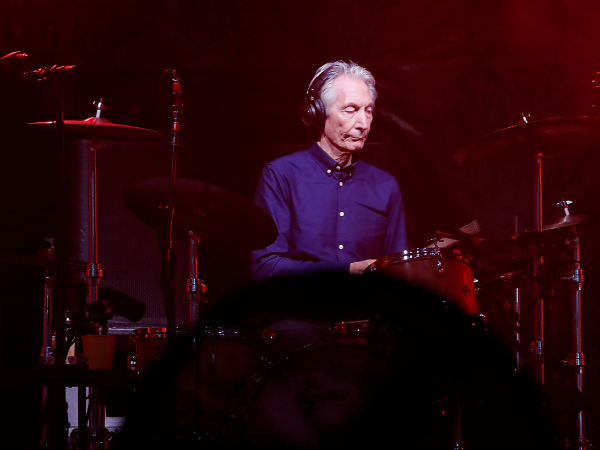 Bandmates had expected Watts to rejoin the band. “We really look forward to welcoming Charlie back as soon as he is fully recovered,” Jagger tweeted on Aug. 4.

After the death of Watts was announced, Jagger tweeted an image of the joyful drummer while Keith Richards posted a photo of a drum set without adding any words.

Disrupted by the coronavirus pandemic, the No Filter tour is scheduled to kick off on Sept. 26 in St. Louis. There was no word on Tuesday whether it would go ahead.

“Charlie Watts was the ultimate drummer,” Elton John posted on Twitter. “The most stylish of men, and such brilliant company.

McCartney sent condolences in a video message. “I knew he was ill but I didn’t know he was this ill… It’s a huge blow to them because Charlie was a rock and a fantastic drummer.”

Watts was born in 1941 during World War Two and grew up in the Wembley area of northwest London, attending Harrow school of Art before starting work as a graphic artist with an advertising agency.

Unlike his bandmates, Watts had been in a successful group before agreeing to join the Rolling Stones in 1963. He married Shirley Ann Shepherd in 1964 and they remained together until his death – the first regular member of the band to pass away since Jones in 1969.

While holding down the day job, Watts played in the evenings with Blues Incorporated led by Alexis Korner, alongside future Cream bassist Jack Bruce. He was replaced by future Cream drummer Ginger Baker when he left.

He played his first gig with the Stones at the Ealing Blues Club in West London with the six piece band that included pianist Ian Stewart, Wyman on bass and Jones on guitar.

Watts left the hell-raising that defined the Stones in the 1960s and ’70s to the other members, but provided the heartbeat of the band, and with Wyman was considered one of the great rock rhythm sections.

Away from the Rolling Stones, Watts found the time to play jazz with several groups including a 32-piece band, the Charlie Watts Orchestra, as well as to work with pianist Stewart in the band Rocket 88 during the 1980s.

In the 1990s, the Charlie Watts Quintet released several albums, including a tribute to jazz great Charlie Parker. In 2004, the quintet expanded to become Charlie Watts and the Tentet.

DIDN’T SUIT ME AT ALL

While his bandmates entertained groupies on an epic scale, Watts indulged instead – he once told a radio interviewer – in a compulsive habit of sketching every new hotel room he occupied. 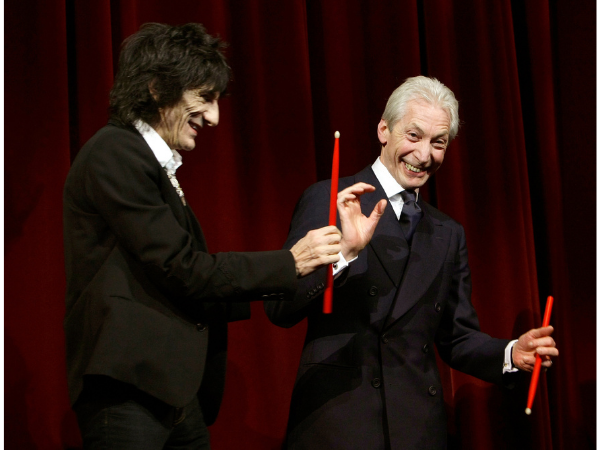 Rolling Stones Ron Wood and Charlie Watts (R) joke on the stage before the screening of their film ‘Shine A Light’ at the opening ceremony of the 58th Berlinale International Film Festival in Berlin February 7, 2008. REUTERS/Christian Charisius

He did speak of a short period in the 1980s when he tried to deal with a mid-life crisis by bingeing on drink and drugs. “It was very short for me. I just stopped, it didn’t suit me at all,” he told the Daily Mirror newspaper in 2012.

“I drank too much and took drugs. I went mad really. But I stopped it all. It was very easy for me.” 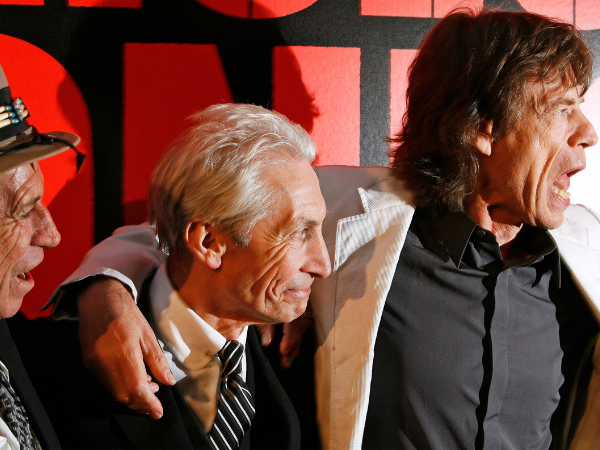 In 2004, he was diagnosed with throat cancer after having quit smoking in the late 1980s, and underwent radiation therapy. The cancer went into remission, and he returned to recording and touring with the Stones.

Despite newspaper accounts of a drunken spat with Jagger in the 1980s over whether the singer or the drummer was more important to a group, Watts was in a magnanimous mood when he spoke to the Guardian newspaper in 2013.

“Mick is the show, really, we back him,” he said, adding however, “but Mick wouldn’t dance well if the sound was bad.”

Watts was always known as a keen shopper and a snappy dresser. The Daily Telegraph once named him one of the World’s Best Dressed Men and in 2006 Vanity Fair inducted him into the International Best Dressed List Hall of Fame.

“It’s supposed to be sex and drugs and rock and roll,” he once said. “I’m not really like that.”