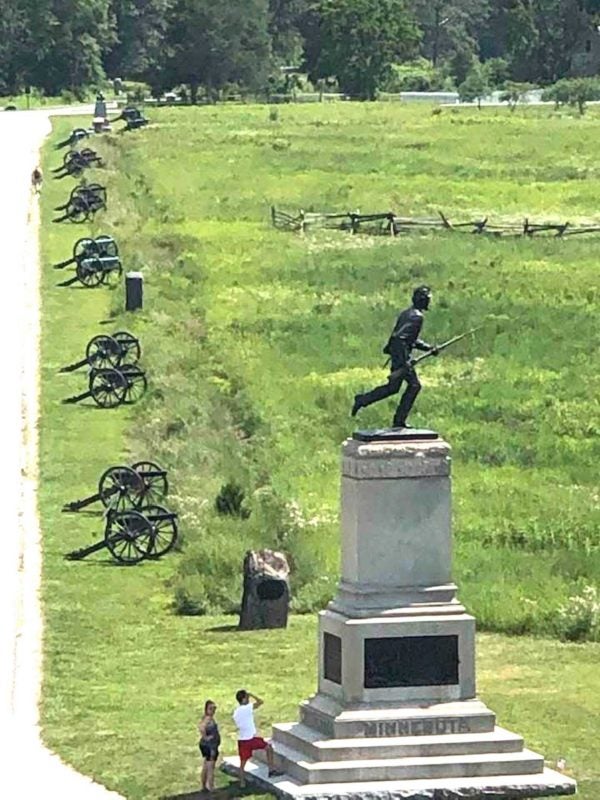 In the wake of the troubling rise of violent racism in the United States, what happened in a small Pennsylvania town a century and a half ago suddenly became relevant for an immigrant like me.

We were on vacation in the Washington DC area, trying to make a decision on our last day.

My sons wanted to go to Gettysburg, where a critical encounter in the American Civil War took place 158 years ago. I thought the Amish village would be more interesting. I wasn’t really interested in the Civil War, which I thought would be boring.

But the boys prevailed. We went to the battlefield. And it turned out to be the wise choice. For it took us to sacred ground.

Gettysburg is an important reminder about American history at a critical time in the United States.

In the wake of the troubling rise of violent racism in the United States, highlighted by the Trump years and the bloody riot he inspired in January, what happened in a small Pennsylvania town a century and a half ago suddenly became relevant for an immigrant like me.

It was in Gettysburg that a major victory against pro-slavery forces was won. It was in that small town that those who said there was nothing wrong about slavery, who considered it justified to own, humiliate, abuse other human beings suffered a decisive defeat.

The battle lasted three days and covered a huge area around Gettysburg. We drove around to the different sites and monuments of what became the bloodiest single battle during the Civil War.

But here’s the tragic twist. The pro-slavery forces were not completely defeated. They managed to tell their twisted version of history for decades to come. They built monuments to their generals who led the fight to preserve slavery. They taught their children that slavery was not a completely evil system.

And on January 6, the flag of those pro-slavery forces was even displayed victoriously by the pro-Trump rioters before they were driven out of the Capitol.

We went to the State of Pennsylvania Monument. It was the largest monument on the Gettysburg battlefield, which featured a statue of Winged Victory. My sons and I went up a spiral staircase which led to the roof of the monument. From there, you get a stunning  panoramic view of the battlefield.

More than 165,000 Union and pro-slavery Confederate troops took part in the fighting. More than 50,000 died, including about 23,000 Union soldiers who represented the forces who defeated slavery.

Abraham Lincoln, in his famous speech at Gettysburg after the battle, said “From these honored dead we take increased devotion to that cause for which they gave the last full measure of devotion.”

Recent events, including the Jan. 6 riot, underscore that that fight is not over.