Henri weakened to a tropical depression on Sunday night but was forecast to dump heavy rain across the U.S. Northeast through Monday night, possibly triggering flash floods and further power outages across the region.

“There are going to be some locally higher amounts, 6, maybe 7 inches of additional rainfall in that swath,” said Brian Hurley, a senior meteorologist with the National Weather Service’s Weather Prediction Center in College Park, Maryland. “There are threats of flash floods.”

The storm will weaken further as it pushes out to the Gulf of Maine on Monday afternoon, causing rainfall to diminish, Hurley added. 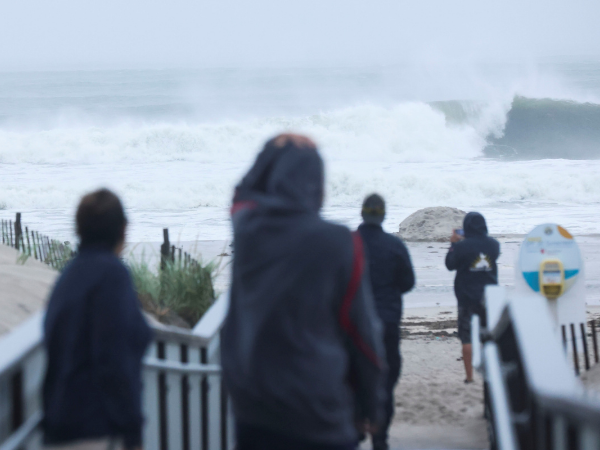 Henri made landfall as a tropical storm near Westerly, Rhode Island, at about 12:15 p.m. (1615 GMT) on Sunday with top sustained winds of 60 miles per hour (95 kph), the U.S. National Hurricane Center (NHC) said. About two hours later, its maximum sustained winds had diminished to 50 miles mph (80 kph).

By Sunday afternoon, more than 82,000 electric customers in southern New England were still without power, including 61,000 in Rhode Island, according to PowerOutage.US, which collects data from electric utility companies.

The storm’s slowdown and prolific rain production over an area already saturated with rain prompted concerns from area governors about flooding in New York’s Hudson River Valley and western Connecticut. 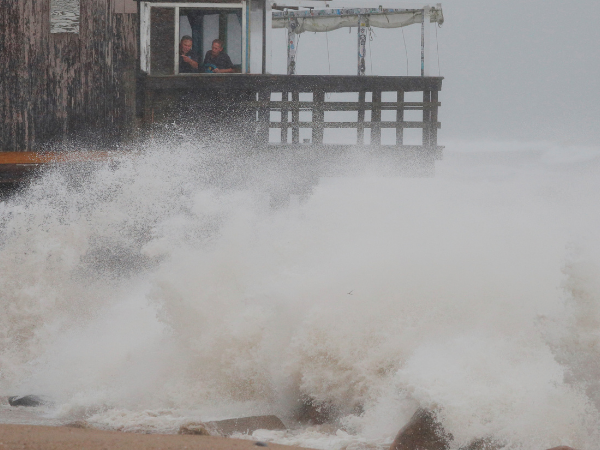 “While New Englanders are used to dealing with some tough weather, this storm has the potential for widespread consequences across the region with significant flooding and power outages that could affect hundreds of thousands of people,” Biden said at a briefing.

The deluge that hit New York on Saturday evening submerged a star-studded concert meant to mark the city’s emergence from the worst of the coronavirus pandemic.

A light rain that turned into a downpour sent thousands of music fans fleeing the “Homecoming Concert” in Manhattan’s Central Park.

The downpour, indirectly associated with Henri, set an hourly rainfall record of 1.94 inches (4.93 cm) for Central Park, as well as a daily record of 4.45 inches (11.3 cm), according to meteorologist Josh Weiss of the NWS’ weather prediction center.