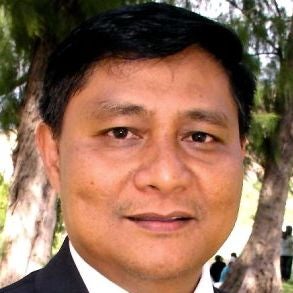 Dr. Aurelio Agcaoili of the University of Hawaii was the primary instructor at the second Ilocano language course at the Filipino Community Center in Waipahu.

The course was the first part of the 2nd Ilocano Language Acquisition and Immersion for the New Generation or the iLAING at FilCom in Waipahu.

The iLAING is a project initiated in 2015 by the Philippine Consulate General in Honolulu with its partner organizations: the FilCom Center; Candonians of Hawaii; United Laoaguenos of Hawaii, the University of Hawaii; and sponsors Etrata Foundation, Philippine Airlines and Western Union.

University of Hawaii-Ilocano Language Program Professor Dr. Aurelio Agcaoili designed the syllabus and served as the primary instructor to the top five students, whose names will be announced at a future date and who will then undertake a ten-day immersion trip to the Philippines, particularly in the Ilocos region, in July in 2017.

Consul General Gina A. Jamoralin stressed the importance of learning another language, whether foreign or local, which would be useful in the future. She also thanked the students, the partner organizations and sponsors for making the 2ndiLAING, a “low-cost, high-impact” undertaking, possible.

The Consulate General’s partner organizations and iLAING’s major sponsors also provided their remarks and expressed pleasure for the success of the activity and the hope for similar language courses, such as Visayan, in the future.

To entertain the audience, the students sang popular Ilocano songs such as Pamulinawen and the Ilocano translation of the song “By the Shoreline” or “Diay Baybay.”