The ultimate Skyrim review is here! Elder Scrolls V: Skyrim is the fifth major installment in the Elder Scrolls game series. It is an action role-playing genre game developed primarily by Bethesda Game Studios and published by Bethesda Softworks.

It was originally released in 2011 for Microsoft Windows, PlayStation 3, and Xbox 360 and most recently to the Nintendo’s switch in 2011.

Do you want to know the details of this great game, including the setup process, plot, and game-play, amongst others? Keep scrolling through our ultimate Skyrim review to find out. If you’re familiar with other games on the Nintendo switch, Elder Scrolls V: Skyrim loads with an insertion of the plug into your device.

However, unlike other Nintendo Switch games, this requires no other major download for a startup, and once you get over the somewhat sluggish load time, you’ll be set to get started on the game.

Did you know that The Elder Scrolls V: Skyrim game has been around for over ten years? Initially released for PC, Playstation 3, and Xbox 360 in November 2011, for Playstation 4 and Xbox One in 2016, and of course, the Nintendo Switch version in 2017.

Over time, the world of Skyrim has built a comprehensive history and fan base, just as it has built a never-ending reputation for being continuously re-released on different platforms.

If you’re not careful, you may find yourself joining the bandwagon of people out to ridicule the need for a new version of Skyrim on the Nintendo switch, and rightly so. Well, at least, not until you discover, welcome, and enjoy the combination of a solid Nintendo switch system and a good Skyrim game.

You can be sure you’ve started the Elder Scrolls V: Skyrim when you find yourself and other supposed prisoners hand-tied and being led on to be executed by decapitation. Well, if you died in this manner, it wouldn’t be any fun, right?

So in comes a plummeting dragon to interfere with your detention and buy you enough time to flee. Flee you do, and you warn the Jarl of a nearby city of this dragon and even help to kill it. That is how you’ll learn that you’re a dragon born and as such special.

Your specialty lies in the fact that you’re able to gulp the powers you can manifest through what is known as “a shout,” In the game, you would soon realize that there are different types of shouts. On the whole, you will aim to kill more dragons, learn new shouts and haunt for treasures.

The interesting aspect of Skyrim is the discretion and choice it affords the players. One can choose what missions to undertake, weapons, spells, In, and the strategy to complete the missions.

In any case, one can either learn more about the Skyrim world or focus on main missions, learning new shouts, killing dragons, and finding new treasures. For us, when it comes to Skyrim, it is the choice and the discretion it affords you. 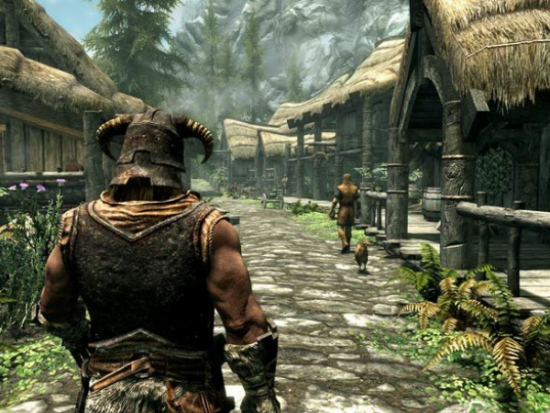 To stay true to the “role-playing” attribute of Elder Scrolls V: Skyrim, you have the option of developing your character at the beginning of the game.

Nothing can get you more excited than customizing your character’s appearance. Here, you get to decide the race, sex, eye color, and even the tiniest of all things as changing the height and shape of the eyebrows. Talk about details.

The main action, which is the fundamental part of the Skyrim game, is immigrated into the game through fighting. Yet another array of options is provided in a bid to improve your gaming experience with playing Skyrim.

As you play the game, you get to sharpen your abilities with choices like the magic mage, sword, and shield, or the all too familiar sword of a fighter as in other action games.

To add a little spice is the option of choosing whether you want to gun for your enemies with an ax or you want to ambush your unsuspecting victims. Whatever works best for you, you have the option to do you.

Elder Scrolls V: Skyrim gives an added benefit of an open-world fighting system that gives you adequate motion control and an advantage to control how your customized character fights. This experience is mind-blowing on the PC version. However, on the Nintendo switch, a few glitches prevent its smooth run.

What to Keep in Mind

It may prove a tad bit difficult to attack an oncoming enemy or handle the motion controls when trying to use a bow. Not to worry, with the switch version, you will realize soon enough that instead of choosing to take your time with the bow, which most often than not proves futile, it is effortless to swing wildly at your rival.

When using the Nintendo’s switch version, control is the primary concern. Comparing it with the PC version, you will like how much control you have over the game motions.

For instance, it is far too easy to use the shift key on the PC version than merging the joysticks and left button keys on the switch version to get your character to scoot far. This is because of the limited button numbers.

The upper left and right button comes in handy for shouts, magic spells, and feedback from the lock-picking system. It is safe to say that the great Skyrim gameplay was framed so that it functions glitch-free with a mouse and keyboard, and a not-so-efficient experience is with a combination of a joystick with other buttons.

The upper left and right button comes in handy for shouts and magic spells, and feedback from the lock-picking system. This is not to say that it doesn’t get better with the controls, it most certainly does with time, but there’s no comparing the feeling you get with the PC version. 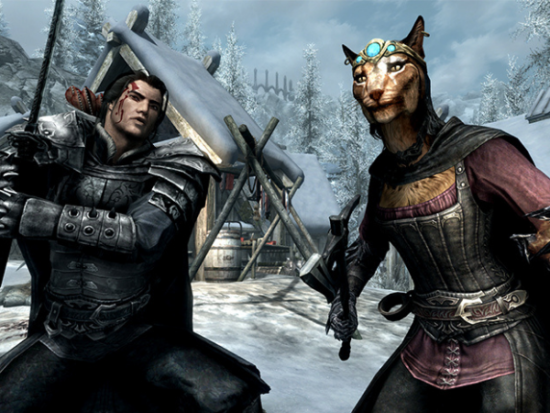 You would love the graphics in the world of Skyrim till you begin the classic mistake of comparing them with the graphics of other recent games. There’s no saying that the Bethesda Game Studios did not make a nice attempt at having the Skyrim graphics come alive.

It is just that they are just not as natural as what other games have achieved these days. If you think there is no major issue with chunky-looking hills and uneven grasses, then you should overlook Skyrim reviews that claim the graphics are over the top bad because it isn’t. 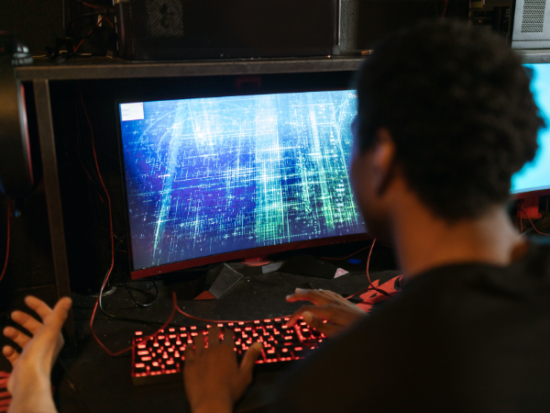 The readily available versions of Elder Scrolls V: Skyrim on countless devices begs one to ask the question of whether it’s worth it to purchase the Nintendo Switch version. Add the growing motion control issues and slightly subpar graphics to the mix, and you’re into a sea of doubt. Not to mention contrasting advantages to the PC version, including accessing new and better features.

However, there are considerable benefits to playing on the switch, depending on what you’re looking for. Take the ability to take the Nintendo Switch version on the go, for instance. Imagine playing on the move in cars or planes.

That is one feature that is hard to come by, and the Switch version is the first amongst other versions that allow you this. An icing to the cake, as they would say, is the option that allows you to hook up the switch to a monitor or television set.

Holding down the joy-cons, instead of clicking a button to dangle an arm, you swing your hand. And it works! Talk about feeling like you’re in an actual fight.

You have to think of what you’re looking for to decide how much you’re willing to let go to get what you want. If you are looking to explore the feature of taking Skyrim on the go and very much appreciate the Switch Gaming System, then paying about $60 for it would not sound like so much of a big deal, even if considered high.

However, if you’re on a budget, then $25 or less for the PC version seems like a mouthwatering deal, especially since you know you’d get better gameplay. 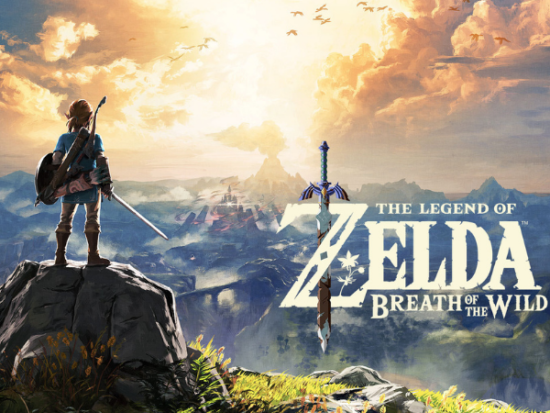 With the many other available versions of The Elder Scrolls V: Skyrim on various platforms, it might just compete with itself. Nonetheless, allow yourself to explore the world of other games, such as The Legend of Zelda: Breath of the Wild, if you’re looking for other action role-playing games.

Which, in the beginning, this one provides excellent graphics with finer motion control. Specifically designed for the upper left and right button comes in handy for shouts and magic spells and feedback from the lock-picking system.

The Xenoblade Chronicles 2 should also be of consideration if you’re like Japanese role play games. The supposed complexity of the contest and leveling in this game should get you going.

The History of Video Games

What to Know About the Nintendo Switch Pro

The Elder Scrolls V: Skyrim is a beautiful design game and packed with incredible action, side quests (like the Civil War quests), and features. To crown it all, the Nintendo Switch version makes it even more beautiful with its play-on-the-go feature.

Having read our Skyrim review, this will undoubtedly be a suitable choice if you’re looking to enjoy the play-on-the-go feature. However, if you want features such as a smooth control of motion, better display, and wider customization options, then we advise that you go for the PC version.

Disclaimer: This article is not the official guide to the Skyrim video game but is based on the author’s research or own personal experience.

MOST READ
Gadgets The Apple AR/VR Headset Is Coming! Here Is What We Know So Far
Gadgets 10 best desktop speakers of 2022
Gadgets Top 10 Video Doorbell Cameras On Amazon
Gadgets Amazon may soon unveil a new Alexa feature to mimic anyone’s voice
DID YOU KNOW?
Top 12 All-Inclusive Resorts in Cancun for 2022
Top 12 Resorts in Puerto Rico for 2022
5 Best Noise Cancelling Headphones of 2022
The Shakti Mat: Does It Really Work?
12 Best Travel Cameras to Capture Every Moment in 2022
Top 10 Best Fitness Trackers on Amazon