Accused murderer Robert Durst denied he killed his longtime confidante Susan Berman and detailed his multiple health problems on Monday as the multimillionaire real estate scion testified in his own defense at Los Angeles Superior Court.

Sitting in a wheelchair wearing an L.A. County jail uniform, Durst, 78, spoke in a voice weakened from surgery for esophageal cancer and sounded much different from how he did in 2015 in his apparent confession to multiple killings in the HBO television documentary series “The Jinx.”

“Do you know who did?” the lawyer asked. 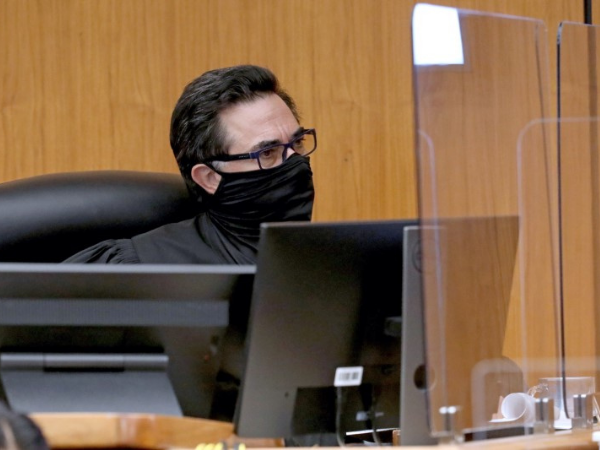 Judge Mark Windham listens as Robert Durst takes the stand and testifies in his murder trial at the Inglewood Courthouse in California, U.S., on August 9, 2021. Gary Coronado/Los Angeles Times/Pool via REUTERS

Defendants rarely testify as it exposes them to cross-examination by prosecutors. Durst’s lawyers, who have sought to dismiss the case because of his poor health, are apparently trying to demonstrate his frailty to the jury.

Durst, the grandson of a Manhattan real estate magnate, is charged with the December 2000 murder of Berman, a writer he is accused of fatally shooting because of what she might have known about the unsolved disappearance and presumed to kill off his wife two decades earlier. 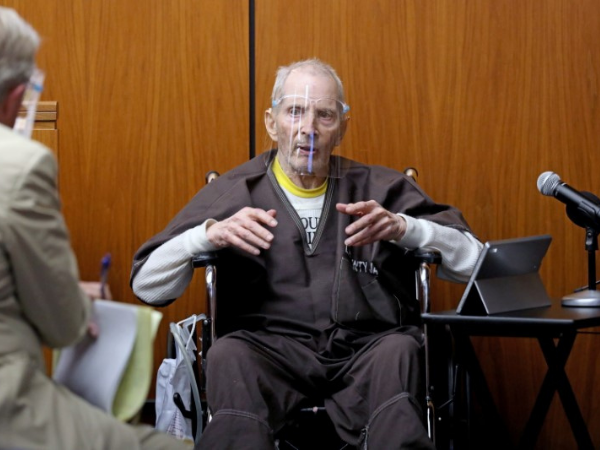 Robert Durst takes the stand and testifies in his murder trial, answering questions from defense attorney Dick DeGuerin at the Inglewood Courthouse in California, U.S., on August 9, 2021. Gary Coronado/Los Angeles Times/Pool via REUTERS

Durst faces a maximum sentence of life in prison if convicted.

Berman, 55, was found slain in her Beverly Hills home a couple of months after police in New York were reported to have reopened an investigation into the fate of Durst’s wife, Kathleen, who was a medical student when she vanished in 1982.

The circumstances surrounding both cases, and Durst’s 2003 acquittal in the killing and dismemberment of a neighbor in Texas, gained wide attention in “The Jinx.”

After Durst was confronted with a key piece of evidence, he was captured on a microphone muttering to himself: “There it is, you’re caught,” and, “What the hell did I do? Killed them all, of course.”

Durst was arrested one day before the airing of the final episode.

On the witness stand, Durst listed his many health problems, including surgeries for esophageal and bladder cancer, high blood pressure, osteoporosis, neuropathy, chronic kidney disease, and chronic obstructive pulmonary disease, or COPD. A shunt relieves pressure on his brain.

DeGuerin then directed Durst through biographical details, such as how he met Berman, a platonic friend, and the early days of his marriage to Kathleen before the court was adjourned until Wednesday.