The resurgence of COVID-19 cases in the United States due to the Delta variant has prompted public and private employers and schools to mandate coronavirus vaccines, drawing legal challenges from civil libertarians and vaccine skeptics.

Below is a selection of some key cases.

Challenges to mandates for students and teachers

More than 500 colleges and universities have imposed vaccine requirements and lawsuits have been filed against Loyola Marymount University, George Mason University, University of Massachusetts and the California State University system.

The only ruling so far involved Indiana University, which was sued by eight students who claimed their 14th Amendment right to bodily autonomy and due process was violated by the state university’s requirement.

The students’ June 21 lawsuit opposed the innoculation requirement, as well as alternative masking and testing for students who qualified for religious and medical exemptions. The students cited a mix of concerns regarding vaccine efficacy, safety and religious beliefs.

U.S. District Court Judge Damon Leichty, who was appointed by former President Donald Trump, said the school was acting reasonably to protect public health. His ruling only addressed a request for a preliminary injunction and was not a final decision on the merits of the case. 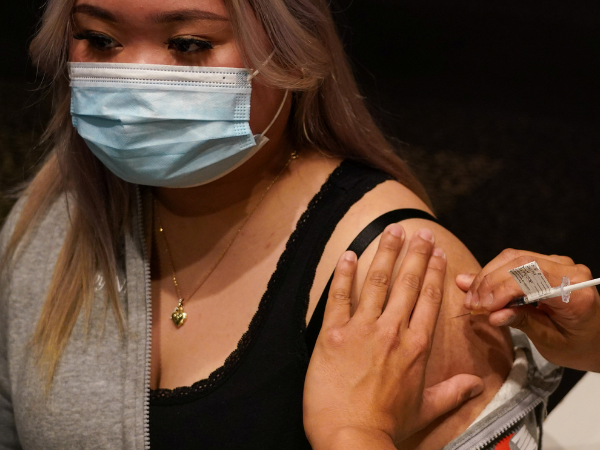 The students appealed. The 7th U.S. Circuit Court of Appeals rejected a request to put the university’s vaccine policy on hold during the appeals process.

Many large U.S. employers have recently announced deadlines by which employees must be vaccinated, including Walmart Inc, Google’s parent company Alphabet Inc and the federal government.

Legal experts have said requiring COVID-19 vaccines would be one way for an employer to meet its duty to reduce workplace hazards.

However, unlike other more common vaccines, the COVID-19 shot only has emergency approval and drugs authorized under the law can only be administered with a patient’s informed consent. There are some legal questions if an employer mandate violates that requirement.

The only ruling to date involved 117 workers at Houston Methodist Hospital who said they faced wrongful termination for refusing a COVID-19 shot.

Their case was dismissed by U.S. District Judge Lynn Hughes, an appointee of former Republican President Ronald Reagan, who determined the hospital did not violate Texas’s wrongful termination law.

The ruling was appealed to the 5th U.S. Circuit Court of Appeals.

Government mandates have sharply divided Americans, with some states banning COVID-19 restrictions while the Biden administration has urged governors to follow protocols such as mask mandates.

Florida enacted on July 1 a law banning businesses, schools and government entities from imposing “vaccine passports” – or requiring proof of COVID-19 immunity in return for service.

Norwegian Cruise Line Holdings sued Florida officials seeking an injunction against the law, which would fine the company up to $5,000 for every passenger it denied boarding because of a refusal to show proof of vaccination.

Norwegian plans to sail from Miami on Aug. 15, its first departure from the busy cruise port since the Centers for Disease Control and Prevention shut down U.S. cruises in March 2020.

To comply with CDC guidelines and resume sailing, Norwegian attested that 95% of passengers had been vaccinated.

The state has argued that its law banning so-called vaccine passports protects against discrimination based on vaccination status and has said Norwegian could have opted, as competitors did, to conduct simulated voyages to test COVID-19 protocols.

A hearing on Norwegian’s request for an injunction will be heard on Aug. 6.