Former President Donald Trump has left more than an impression on the general populace as presidents go. But does Trump have a chance for the next election season?

He has already made a name for himself as a businessman and entrepreneur years before running for U.S. President last 2016. He inherited his father’s real estate business in 1971 and renamed it The Trump Organization.

Over half a year after new president Joe Biden and VP Kamala Harris were sworn in, Trump’s administration still leaves behind more than a few loose ends. There are plenty of possibilities for Trump’s next steps. Half of them include a re-election campaign for the 2024 elections. Whether or not he has a chance of winning despite the grievances against him is yet to be seen. After a second impeachment trial in February regarding the United States Capital insurrection, the Senate has decided Trump was not guilty of inciting the event. After much backlash from the general public, his Republican allies in the Senate and the House of Representatives, including House GOP Leader Kevin McCarthy, stood by him.

Those who didn’t have faced criticism and reprimands from their Republican constituents. When the 2020 elections came to a close and Trump lost, his Republican allies rallied and demanded a recount. In the following months, Trump filed for several election challenge cases, all of which were dismissed by the Supreme Court.

This has not deterred the former president and his followers. Following his final days of presidency, Republicans vowed left and right that they will put Trump, or his successors, back in the highest seat of power.

Despite the steady stream of support Trump’s administration got from Republican supporters, it got just as much backlash and criticism. Issues about the rising hate crimes have risen exponentially in the past four years. Racism, misogyny, bigotry, police brutality, and white supremacy are only some of these important socio-political issues. 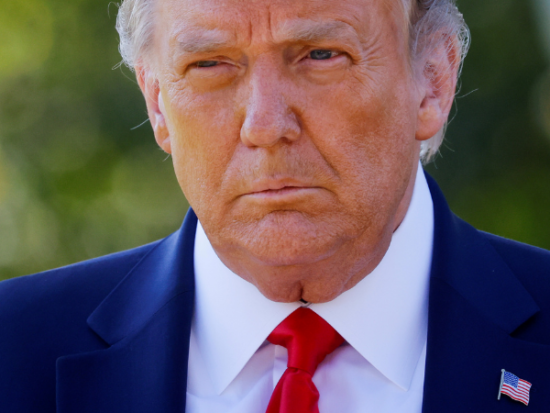 Then-U.S. President Donald Trump approaches reporters as he departs on campaign travel to Minnesota from the South Lawn at the White House in Washington, U.S., September 30, 2020. REUTERS/Carlos Barria/File Photo

The secret to Trump’s early success in the 2016 election against Hillary Clinton was a divide and conquer strategy. He kept beating a divided field of opponents with significantly less than majority support. Those who dropped out of the race had to endorse another party, or their constituents would scatter. Most of them flocked to the Republican party, ensuring Trump’s win.

If he attempts a re-election campaign in 2024, he would need the same support and then some. A single opposing party like the Democrats can easily make the playing field even. And who else would back him up but his former allies? Former Vice President Pence, the formerly unknown Florida governor, his children, and the Republican citizens of the country.

If Trump books a few more big names to endorse him before the filing for his candidacy and even more during his campaign, he might have a chance, whether that’s good news or bad news for you. When asked about it, Trump himself says he is “very seriously” considering another presidential campaign in an interview with Fox News. 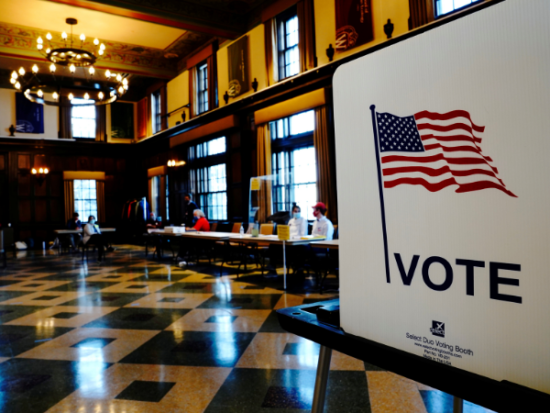 A privacy booth is seen as poll workers wait for voters at a voting site in Tripp Commons inside the Memorial Union building on the University of Wisconsin-Madison campus on Election Day in Madison, Dane County, Wisconsin, U.S. November 3, 2020. REUTERS/Bing Guan

If Trump decides to overhaul his political ambition for 2024, a few other possibilities can happen in the next four years. The White House may not be his turf anymore, but that doesn’t mean he can’t get a hold of the GOP members in the highest places.

More shockingly, the opposite can happen. Instead of him backing out, it could be the Republican Party ready to convict him and move on to another potential candidate.

Where is Trump now after his presidency ended?

After the incident in the U.S. Capitol, the Chairman of the Joint Chiefs of Staff, Mark Milley, feared that Trump would use the election loss to power a coup. Many believe that the insurrection was a coup attempt that very nearly succeeded. After his impeachment trial was dropped, he became qualified to run again in 2024, much to the delight of his supporters.

Just this July, he met up with McCarthy to discuss the GOP’s strategy in the coming years. By then, Trump would be 78 years old, and others would argue that he would be too old if Biden weren’t elected last year at age 77.

Currently, he is still managing his family’s business empire with the help of his wife and children. Criminal charges are still being filed against him, but his legal group is a stronghold that has taken up and won several cases.

Does Trump have a chance to win in the 2024 elections?

Barring a decline of health or a complete change of mind, it looks like Donald Trump is up for another round as United States President. In recent months, he has had the support of several politicians, including the secretary of state, representatives, and senators. E has even started speaking at rallies and events to keep his political base engaged just in time for the 2022 midterms.

A recent poll showed that over 63 percent of Republican voters and supporters think the election was rigged. Only 28 percent of Trump voters say he shouldn’t run. At the same time, his approval rating dropped at an astounding rate. Adults surveyed resulted in a 32 percent approval rate and a 55 percent disapproval rate.

If Trump runs, there is a 50-50 chance he could win. Pretty strong odds despite the muck his administration has managed to pick up in the past four years. Although, these odds may significantly lessen if he keeps up his feuds with some of the biggest names out there. This includes a list of Democrat celebrities and even his long-time feud with Jeff Bezos.

Whatever the case, it looks like Trump and the company aren’t backing out anytime soon. Many members of the GOP consider him as the leader of the group. Relinquishing that kind of hold over constituents must be tough. In shaping the national elections, informed voters can choose and ultimately decide the future of America.