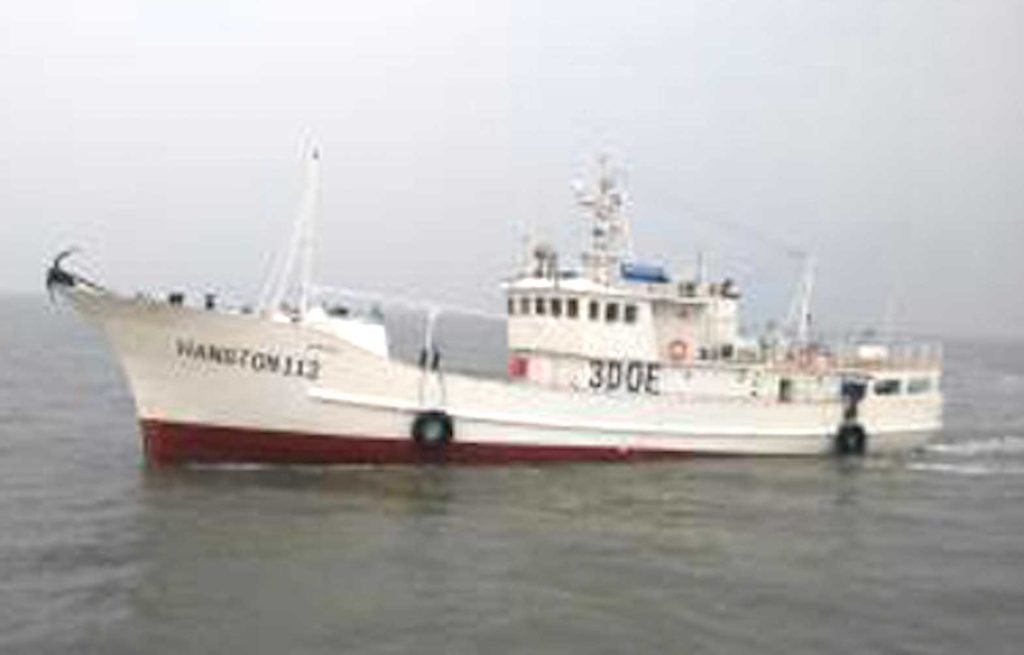 Hangton No. 112 is suspected of using forced migrant labor.

Customs and border enforcers on Wednesday blocked a Chinese-operated, Fiji-based tuna fishing boat from bringing seafood into the United States, on suspicion that operators  are enslaving its crew.

As part of an effort to prevent products made with forced labor from entering the country, U.S. Customs and Border Protection ordered a stop to any shipments in American ports from the Hangton No. 112, a longliner owned by a Chinese national.

While the national origins of Hangton No. 112’s crewmembers were not reported, migrant workers from the Philippines and Indonesia are often recruited for such work and are prey to abusive operators who withhold wages and travel documents and treat them inhumanely in open seas where they cannot escape.

The 102-foot (34-meter) Hangton No. 112 has a crew of about a dozen. The boat was cited in a December 2019 investigative report by Greenpeace Southeast Asia and the Indonesian Migrant Workers Union that documented abusive conditions in the Pacific fishing fleet. The operator denied the allegations at the time.

According to the Associated Press, $40 million in tuna and other fish from the Hangton No. 112 have been imported into the U.S. market in recent years despite industry efforts to address the slave labor issue.