The U.S. Senate could vote in the next few days on the $1 trillion infrastructure bill package that is one of President Joe Biden’s top domestic priorities, said members of the bipartisan group of senators who negotiated the sweeping bill.

The bill, the result of months of negotiations, includes $550 billion in new spending on roads, bridges, and broadband internet access, on top of $450 billion in previously approved funds.

Since unveiling its text late Sunday, the Senate has been voting on a series of amendments to it, so far agreeing to five on topics including health care for Native Americans and highway costs. 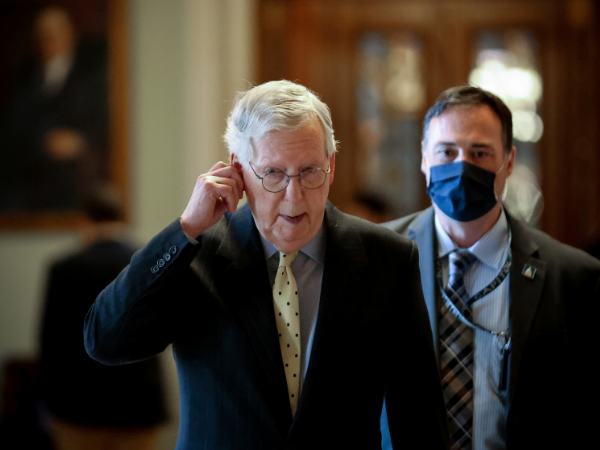 Senate Minority Leader Mitch McConnell (R-KY) walks to his office from the Senate chamber ahead of a day of voting on amendments to the bipartisan infrastructure bill in Washington, U.S., August 4, 2021. REUTERS/Evelyn Hockstein

Senate Majority Leader Chuck Schumer, whose party holds a razor-thin majority, has threatened to keep senators in Washington past the start of their scheduled five-week recess until the package is passed. His Republican counterpart, Mitch McConnell, has warned Democrats against rushing.

A key moment will come on Thursday when the nonpartisan Congressional Budget Office releases its cost estimates of the bill. Multiple Republican senators have said their support for the bill will hinge on whether it contains enough new revenue-generating measures to cover its costs. 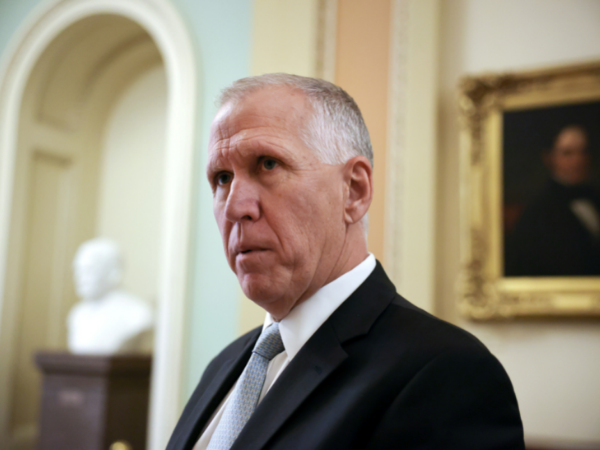 U.S. Senator Thom Tillis (R-NC) reacts as he speaks to a media member outside the Senate chamber about the bipartisan infrastructure deal at the U.S. Capitol in Washington, DC, U.S., August 4, 2021. REUTERS/Evelyn Hockstein

Democratic Senator Joe Manchin said that in a brief interview, he thought the Senate could wrap up its work on the $1 trillion bills and vote on passage sometime on Saturday.

Republican Senator Thom Tillis, who has voted twice to advance the infrastructure bill, told Reuters the Senate could pass the measure Saturday or Sunday.

“My guess is, it’s going to go into Saturday,” the North Carolina lawmaker said of the infrastructure measure, predicting that Schumer’s plans to follow up with a Democrats-only $3.5 trillion bill could carry senators into next week.

Republican Rob Portman and Democrat Jon Tester said they thought the amendment process on the bill could wrap up by Thursday evening. This would clear the way to final votes on the bill, although those can also require several days under Senate rules.

Schumer has repeatedly said he plans to follow the bipartisan legislation with an even larger $3.5 trillion budget reconciliation package that will address other priorities, including social initiatives and climate change.