The U.S. trade deficit in goods increased in June as imports continued to rise amid strong economic activity, suggesting trade likely remained a drag on growth in the second quarter.

The U.S. economy has rebounded more quickly from the pandemic compared to its global rivals, thanks to massive fiscal stimulus, low interest rates and vaccinations against COVID-19. But bottlenecks in the supply chain have hampered manufacturers’ ability to boost production, drawing in more imports.

“The widening in the advance nominal goods deficit in June is further evidence that net exports will be a drag on second- quarter GDP,” said Ryan Sweet, a senior economist at Moody’s Analytics in West Chester, Pennsylvania.

The goods trade deficit increased 3.5% to $91.2 billion last month, the Commerce Department said on Wednesday. Imports of goods advanced 1.5% to $236.7 billion. There were increases in imports of food, industrial supplies and capital goods. 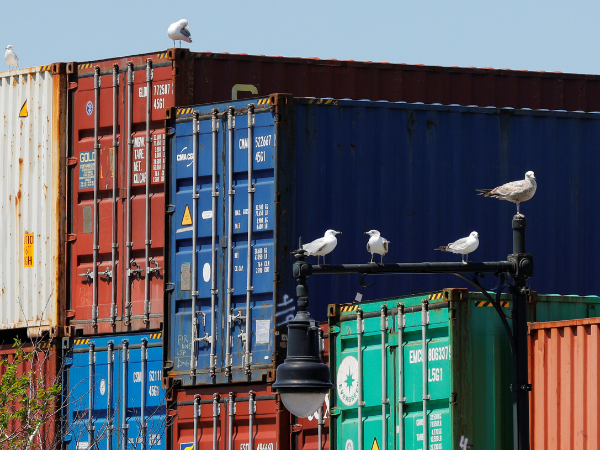 Spending during the pandemic shifted to goods from services, with Americans cooped up at home. With nearly half of the United States population fully vaccinated against the coronavirus, demand for services is picking up.

That has raised optimism among some economists that fewer goods will be imported in the coming months and allow the trade gap to shrink. But the Delta variant of the virus is driving a resurgence in new infections across the country, which could limit demand for services.

“We expect the overall trade deficit to narrow in the coming months as consumers rotate their spending towards services and greater vaccine diffusion abroad encourages stronger export growth,” said Mahir Rasheed, a U.S. economist at Oxford Economics in New York. “However, risks from sticky supply chain disruptions and the rapid spread of the Delta variant could slow trade flows.”

Stocks on Wall Street were mixed. The dollar rose against a basket of currencies. U.S. Treasury prices were lower.

The report was published ahead of Thursday’s advance second-quarter gross domestic product data. Trade has been a drag on GDP growth for three straight quarters.

According to a Reuters survey of economists, the economy likely grew at a robust 8.5% annualized rate last quarter, an acceleration from the first quarter’s 6.4% pace. The anticipated growth pace in the second quarter would be the fastest since 1983 and could mark a peak in the current cycle.

Some of the imports last month were used to replenish inventories at wholesalers and retailers, which could soften the drag on GDP growth from trade.

The Commerce Department reported wholesale inventories increased 0.8% last month after rising 1.3% in May. Stocks at retailers gained 0.3% after dropping 0.8% in May. Motor vehicle inventories slipped 0.3% after declining 5.5% in May. Auto production has been undercut by the global chip shortage.

Retail inventories excluding autos, which go into the calculation of GDP, climbed 0.6% after advancing 0.9% in May.

Business inventories were drawn down in the first quarter.

“Overall, it looks like real inventories fell sharply in the second quarter on net, but the weakness was most severe early in the quarter,” said Daniel Silver, an economist at JPMorgan in New York.

LATEST
Wall Street slips as tech losses and tax uncertainties sideline traders
Facebook to shut down harmful real-user accounts on its platform
AMC theater will accept Bitcoin and other cryptocurrencies
The best online MBA programs
‘Capitalism has not served our economy as well as it could’ – U.S. Speaker Pelosi
Wall Street falls as energy and tech stocks drop