What is a provisional ballot? | How it helps everyone vote

What is a provisional ballot?

Have you ever asked, “What is a provisional ballot?” Most voters aren’t likely to think about it, especially if they have no problems with regular ballots. Yet, it allows more people to participate in the elections, one of the pillars of US democracy.

Let’s start by discussing why the United States has provisional ballots in the first place. Then, we’ll talk about how it works during an actual election. Lastly, we’ll go through ways on how the country could improve its voting process.

Sometimes, Americans don’t meet voter eligibility requirements due to various reasons. Still, they have every right to vote as citizens of the United States. Provisional ballots enable them to choose the country’s leaders and shape their homeland.

Why does the US have provisional ballots?

Provisional Ballots serve as important safety nets for California voters. Get the facts on provisional ballots before you head to the polls! #VoteCalifornia #TrustedInfo2020

We need to take a blast from the past to answer “What is a provisional ballot?”. Specifically, we’ll need to talk about the 2000 election disaster that prompted it.

It has problems with representation for the exit polls. Some news outlets expressed their concern for bias towards a certain political party.

Worse, the voting system back then used punch cards—holes mark chosen candidates in each ballot. Sadly, the placement of these holes wasn’t always accurate.

That’s why news outlets featured news about “hanging chads” back then. They showed elections officials looking closely at paper cards. This caused major delays in the turnout!

HAVA states that people who are eligible to vote may get provisional ballots. Meanwhile, election officials are in charge of giving them. Here’s how it works for both groups:

How do voters get provisional ballots? 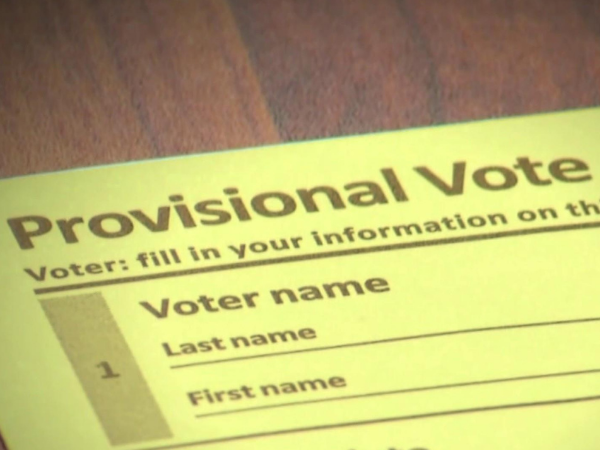 As we said, you have the right to ask “What is a provisional ballot?” to election officials. They must answer this question and all others related to voting.

You also have to sign a document if you want to be a provisional voter. Also, you will have to tell your reasons for doing so. Here are the most common ones:

How are provisional ballots counted? 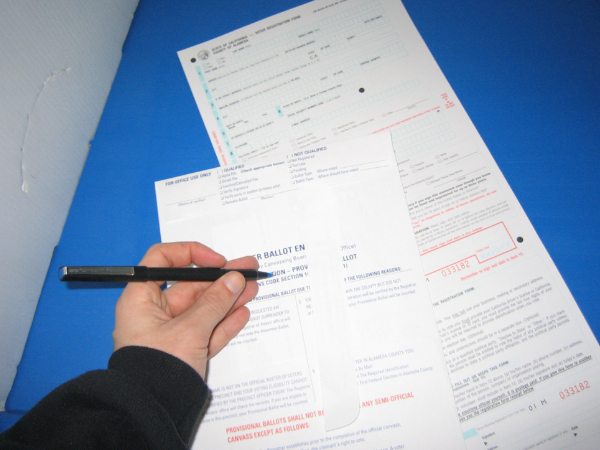 State laws have different approaches to these types of ballots. We can’t list them all, though. That’s why we’ll show a few examples instead:

What’s more, a local board of elections may require other steps to complete a provisional vote. You may see other issues with county elections too.

Why should you vote?

This may seem strange to talk about right now. After all, President Joe Biden just started his term. Yet, it’s a good idea to remember why people need to vote.

In the early years of the US, it didn’t provide this right for everyone. Only white men who owned land could do it. Meanwhile, white women and other groups didn’t have this right.

That meant that only those folks had a say about what happens in the country. Suppose other people don’t like it. Tough luck. They would have to deal with the changes even if it didn’t help them.

Several years passed before the United States finally allowed everyone to vote. Now, you have a choice on who will lead your country for a few years.

You may choose people who stand for what you believe. Your leaders could make changes that improved your life and others’. And that power rests in your ballot!

You might think it’s not much. After all, one vote can’t stand against millions. Yet, one vote from each person that chooses your candidates can make a change.

How can you be a good voter? Democracy runs the United States. In other words, it’s held up by the people. That’s why voters must take their ballots seriously. Before you vote at the polling station, follow these tips:

It’s great that you’re looking for answers to “What is a provisional ballot?”. This can help you learn how elections work. You’re on the way to becoming a responsible voter!

If you’ve noticed, cryptocurrency is changing the world right now. Believe it or not, cryptos may change how we vote! Numerous industries are applying this digital asset nowadays.

Some say it could make the systems more secure than ever. Others note that it would get rid of the delays that were rampant in the aging process.

You may learn more about cryptocurrencies from other Inquirer USA articles. Even better, this could be your time to invest in the latest and hottest asset class!

What is a provisional ballot in the US?

It allows people to vote if there are problems with their eligibility. States have different ways of applying this voting type, though.

Which states are not required to use provisional ballots?

Here are the states that don’t need to follow provisional ballot requirements:

What’s more, a recent Supreme Court order made it easier for states to place voting limits. Check your state if its voting rules have changed in any way.

Why are provisional ballots important?

Elections are a wide-scale process that could face problems from time to time. They allow everyone to vote. This special type of ballot lets people vote regardless of these issues.

Disclaimer: This article is not the official guide to the provisional ballot process but is based on the author’s research or own personal experience.