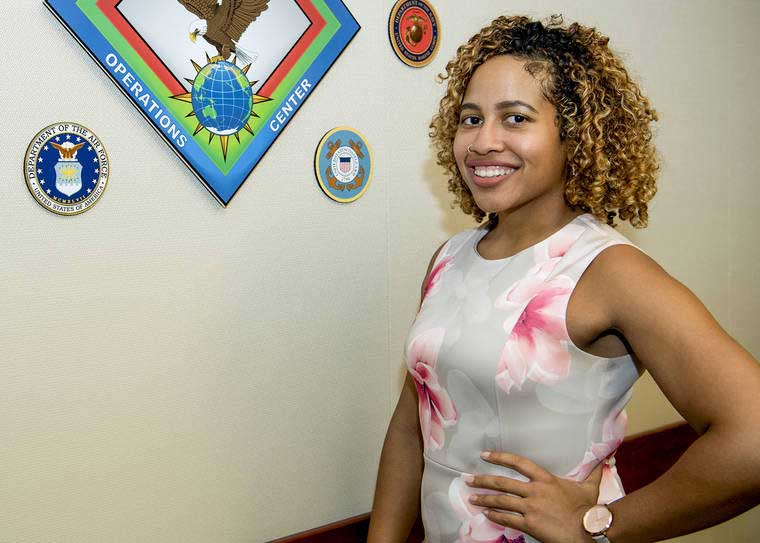 Asia Janay Lavarello, 31, of Honolulu, pleaded guilty to removing classified materials from the U.S. Embassy in Manila. US EMBASSY

A woman in Hawaii pleaded guilty on July 20 to removing classified documents from the U.S. Embassy in the Philippines and keeping them at an unauthorized location.

While an executive assistant for the U.S. Indo-Pacific Command in Hawaii, Lavarello accepted a temporary assignment at the U.S. Embassy in Manila, where she had access to classified computers and documents, and attended classified meetings as part of her official duties.

According to her plea, on March 20, 2020, Lavarello removed classified documents from the embassy and took them to her hotel room where she hosted a dinner party later that evening.

Among the guests were two foreign nationals. During the party, a co-worker discovered the documents, which included papers classified at the SECRET level. Lavarello’s temporary assignment in the Philippines was terminated due to her mishandling of SECRET classified documents.

After Lavarello returned to Hawaii, investigators legally searched her government workplace and found a notebook containing Lavarello’s handwritten notes of meetings she attended while working at the U.S. Embassy in Manila. T

Her notes contained facts and information classified at the CONFIDENTIAL and SECRET levels. Investigators determined that Lavarello personally transported the documents to Hawaii, unsecured, and kept the classified notebook at an unsecure location until at least April 13, 2020.

Investigators also found that Lavarello included information from the classified notebook in an email from her personal Gmail account to her unclassified U.S. Government email account.

Lavarello pleaded guilty to the charge of unauthorized removal and retention of classified documents or material and faces up to five years in prison, three years of supervised release and a fine of $250,000.