U.S. stock indexes were set for a subdued open on Thursday after data showed an unexpected rise in weekly jobless claims, while a steady flow of positive earnings reports offered markets some support.

The Labor Department’s report showed the number of Americans filing new claims for unemployment benefits increased by 51,000 to a seasonally adjusted 419,000 for the week ended July 17.

Still, the number likely does not suggest a material shift in labor market conditions, with another month of strong job growth expected in July.

Investors have been closely following the health of the jobs market on which the Federal Reserve’s monetary policy hinges, especially after a series of higher inflation reading recently sparked fears about a sooner-than expected paring of policy support as the economy reopens.

A shift in attention to corporate earnings and the so-called value stocks have helped Wall Street recoup most of its declines from earlier in the week that were triggered by concerns about the fast-spreading Delta variant of the coronavirus. 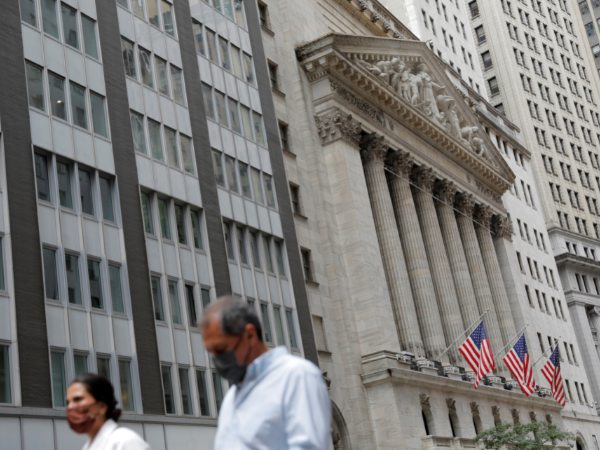 “The market is realizing that it’s very unlikely that this variant is going to have a similar outcome to the original pandemic,” said Tom Mantione, managing director at UBS Private Wealth Management in Stamford, CT.

“We’ve got a lot of runway to the U.S. economy both in the labor market and earnings, and now is the time to be buying the dip. If you weren’t buying on Monday, you were kind of missing the point.”

Second-quarter earnings are expected to grow 75% for S&P 500 companies, according to Refinitiv IBES estimates, with 88% of the 73 reported companies in the benchmark index beating consensus expectations.

Airline stocks fell following a 2.2% drop in shares of Southwest Airlines Co after it posted a bigger-than-expected quarterly loss.

Texas Instruments Inc fell 4.8% after it forecast current-quarter revenue slightly below Wall Street estimates amid concerns about the chipmaker’s ability to meet searing demand in the face of a global shortage.

Intel Corp edged lower ahead of its quarterly results after markets close on Thursday.

(Reporting by Devik Jain in Bengaluru; Editing by Maju Samuel)