CDC defends US transit mask mandate as some call for scrapping

CDC defends US transit mask mandate as some call for scrapping

A senior U.S. health official who signed a sweeping order for masks to be worn on nearly all forms of public transport said they were a key tool in preventing COVID-19 transmission even as some lawmakers call for ending the rules.

Marty Cetron, director for the Centers for Disease Control and Prevention’s (CDC) Division of Global Migration and Quarantine, told Reuters Thursday the agency’s “current position” is the mandate should not be lifted.

“Masks are really powerful and we should make sure they’re part of our arsenal,” Cetron said in an interview. “We mask not just to protect ourselves – we mask because it’s the way we take care and express our concern for each other.”

The rules in place since January require masks to be worn by all travelers on airplanes, ships, trains, subways, buses, taxis, and ride-shares and at transport hubs like airports, bus or ferry terminals, train and subway stations and ports. 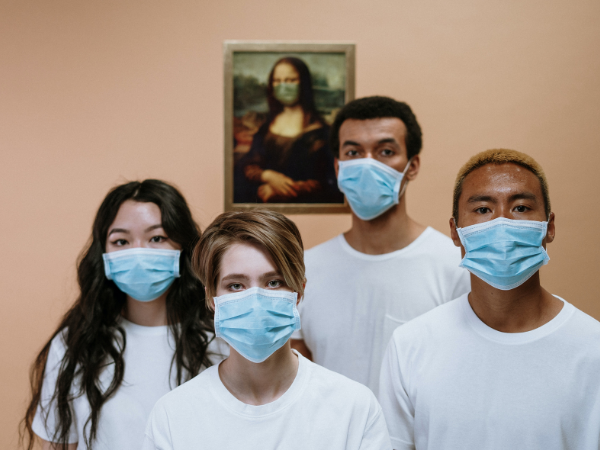 “The truth is that the unvaccinated portion that’s out there is extremely vulnerable,” Cetron said, especially in an indoor transportation hub “where the ventilation may not be optimized.”

A group of Republican lawmakers this week introduced legislation to prohibit mask mandates for public transport, arguing they no longer make sense with a growing number of Americans getting vaccinated. Republican Representative Andy Biggs said transit mask rules “are only being kept in place by those who relish controlling our day-to-day lives.”

In mid-May, CDC said fully vaccinated people could avoid wearing masks indoors in most places – with some exceptions like transit.

The mask mandate has been a huge source of friction on U.S. airplanes. The Federal Aviation Administration said Tuesday that since Jan. 1 it has received 3,420 unruly passenger reports, including 2,559 for refusing to wear masks.

“I get we’re all just over this emotionally but I do think we will succeed together if we realize the virus is the enemy and it’s not your fellow citizen or the person sitting next to you on a plane or a piece of cloth that you have to wear over your face,” Cetron said.

The CDC transit mask order has no expiration date. In April, the TSA extended its mask requirement until Sept. 13.

“As long as the CDC order is in place, the expectation is the implementing modes … would continue with their own directives,” Cetron said.

“We won’t wait until September to reevaluate,” Cetron said, adding CDC is regularly reviewing the mandate. “If the pandemic were to suddenly disappear before then we have the ability to take down the order.”

Under Donald Trump, a CDC push to mandate masks in transit was blocked.

Asked if he still believes there is a scientific or public health basis for U.S. travel restrictions that bar entry from some countries in the United States, Cetron said: “I’m not going to get into the details” but said U.S. government discussions are going on.

Best Sundresses for Women on Amazon
Newly-launched US drugs head toward high prices in 2022
Everything You Need to Know About San Marzano Tomatoes
10 Bucket Hats on Amazon that You Need
Best Portable Fans to Beat the Heat This Summer
Best Solar Watches Of 2022
Johnson and Johnson will stop global sales of talc-based baby powder
LATEST
House asked not to reschedule barangay polls to 2024 amid preps for midterm polls
Microplastics: The nearly invisible poison in our oceans
Laos issues overflow alert for Mekong communities
Erasmus+ scholar to represent PH in Choreo Dance Film Festival in France
Tiger Woods set to address PGA Tour players regarding LIV—reports