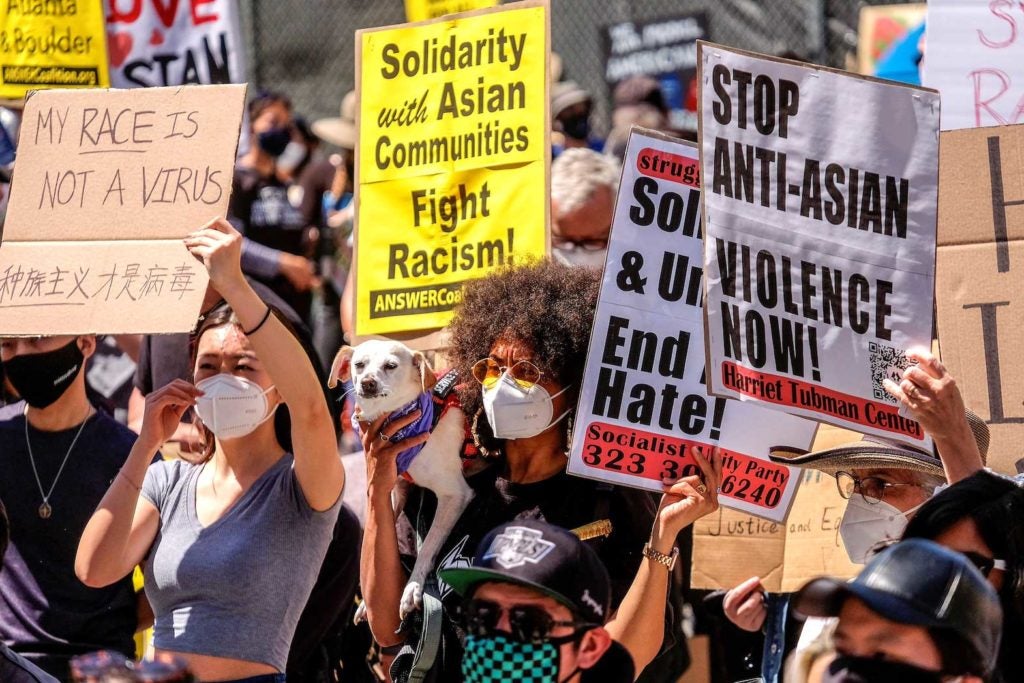 Rebecka Jackson, 35, holds her dog Sinba and a sign during a rally against anti-Asian hate crimes outside City Hall in Los Angeles. REUTERS/Ringo Chiu

California isn’t alone among states to pass a funding plan for the Asian American and Pacific Islander community, which makes up 16 percent of the state’s population, but the package is by far the largest–more than 15 times what New York state provides.

The Asian Pacific Islander Equity Budget set aside the money over a three-year period for victim support and mental health and educational resources to strike at the sources of anti-Asian racism.

“There’s more to dealing with hate than just going after the perpetrators of hate,” state Sen. Richard Pan, chairperson of API Legislative Caucus, told NBC Asian America. “We want to discourage hate incidents, but we also want to support the people who had to survive it.”

Backed by more than 150 Asian American groups, some $110 million, will be distributed to community-based organizations to help victims of hate incidents meet the cost of legal, health care and mental health services. Also covered are outreach and public safety programs, such as civilian foot patrols to protect seniors. The national reporting center Stop AAPI Hate will also receive funding.