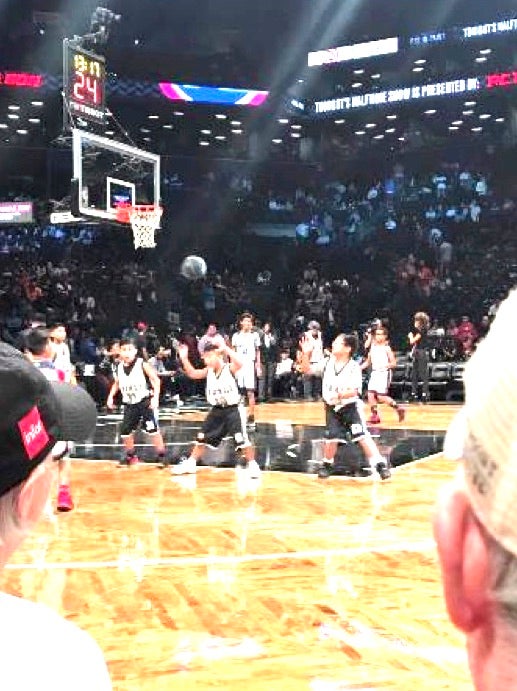 NEW YORK – Filipino Americans came in droves to the Barclays Center in Brooklyn, home court of the NBA Team Brooklyn Nets on October 22.

The event held in commemoration of Filipino American History Month featured Philippine performances and sports demonstrations as well as trivia games. Filipino law enforcement officers were likewise honored for their service.      Several groups of young Filipino and Filipino American basketball players were given an opportunity to play on the Brooklyn Nets court during halftime. The short game showcased the Filipinos’ innate love and passion for basketball. Mike Ang of the Tanduay Rhum Team in the US and Consul General Theresa Dizon-De Vega at Barclays Center Tanduay 40/40 Club. CONTRIBUTED Mike Ang of Tanduay Rum’s US Team said that the company is happy to support the Filipino Heritage Night as one of the Brooklyn Nets Official sponsors and the official rum of the Barclays Center.

A delegation from the Philippine Consulate General in New York led by Consul General Theresa Dizon-De Vega were in attendance during this event.