Sha'Carri Richardson not selected for US Tokyo Olympics relay team

Sha’Carri Richardson not selected for US Tokyo Olympics relay team

American sprinter Sha’Carri Richardson will not be selected to the U.S. 4×100 – meter relay team for the 2020 Olympic Games in Tokyo after she accepted a one-month ban for testing positive for cannabis.

The 21-year-old, who streaked to victory in the 100m at the U.S. Olympic trials in June, was expected to be one of the biggest draws at the upcoming Games in Japan.

Her supporters had hoped she could still compete in the relay event after the United States Anti-Doping Agency (USADA) confirmed the suspension last week.

“We are incredibly sympathetic toward Sha’Carri Richardson’s extenuating circumstances and strongly applaud her accountability – and will offer her our continued support both on and off the track,” USA Track & Field (USATF) said in a written statement.

Richardson said in an NBC interview last week that she used the banned substance to cope with the death of her mother. 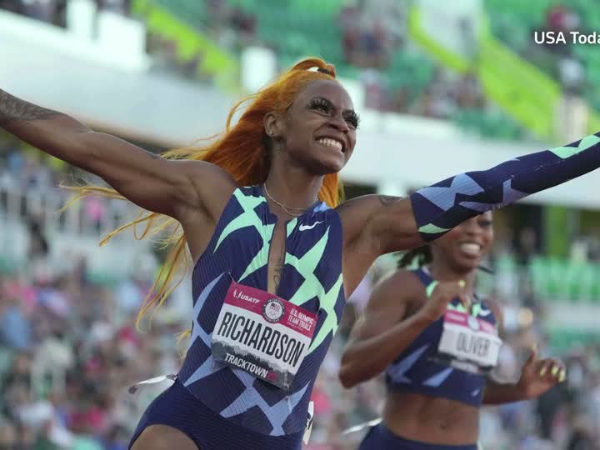 American sprinter Sha’Carri Richardson will not be selected to the U.S. 4×100-metre relay team for the 2020 Olympic Games in Tokyo after she accepted a one-month ban for testing positive for cannabis. Gloria Tso reports.

Richardson’s agent did not immediately respond to a request for comment.

“The attention that is on track now and was because of very very few names,” Richardson tweeted later on Tuesday. “So if that’s where fans support lay, you can’t be mad at that.”

The women’s 100m event in Tokyo starts on July 30, two days after Richardson’s ban ends, but she is unable to compete in the event as her suspension wiped out her results at the trials.

Selection to the relay team was her only remaining chance of competing at the Games. The relay coaches, with input from USATF performance staff, are able to select two athletes on top of the first four trials finishers.

“All USATF athletes are equally aware of and must adhere to the current anti-doping code, and our credibility as the National Governing Body would be lost if rules were only enforced under certain circumstances,” USATF said.

The organisation added it believes the World Anti-Doping Agency rules regarding THC, the main active ingredient in cannabis, “would be re-evaluated.”

“While our heartfelt understanding lies with Sha’Carri, we must also maintain fairness for all of the athletes who attempted to realize their dreams by securing a place on the U.S. Olympic Track & Field Team,” it said.

Face Rolling 101: How to Do It and Benefits
10 Budget-Friendly Alternatives to the GoPro Camera
Grill Scrapers: A Must-Have for Outdoor Cookouts
5 Sugar-Free Ice Cream Brands You Have to Try
Baby formula supplies increasing, say U.S. retailers Walmart and Target