The Nasdaq was set to hit a new high at the open on Wednesday as falling Treasury yields lifted tech-heavy growth stocks, while investors focused on the Federal Reserve’s minutes from the June meeting to gauge the trajectory of policy support going forward.

Yield on the U.S. 10-year notes slipped for the seventh straight session to a new 4-1/2-month low, while mega-cap technology names Facebook Inc Apple Inc, Alphabet Inc and Amazon.com Inc gained between 0.5% and 0.8% in premarket trading.

Fast-growing tech stocks are sensitive to yields as their value rests heavily on future earnings, which are discounted more deeply when bond returns go up.

The minutes from the Fed’s latest policy meeting, due at 2 p.m. ET, is expected to offer clues on how the U.S. central bank may begin to pare its large bond-buying program amid signs of quickening economic recovery.

“Everybody will be looking into them (minutes) to see when this tapering might start, particularly after the hawkish tone from the meeting itself,” said Chad Oviatt, director of investment management for Huntington Private Bank in Columbus, Ohio. 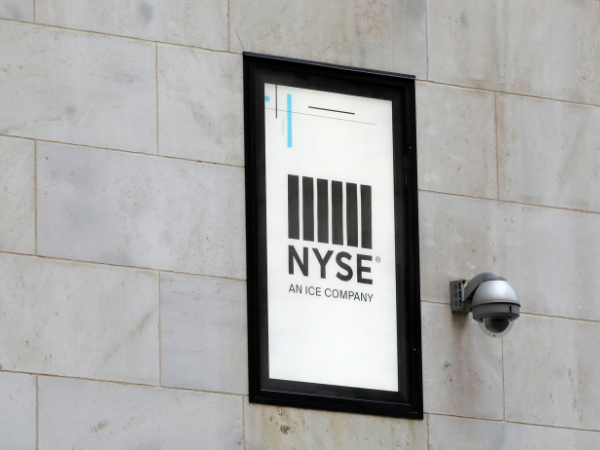 A security camera is seen next to signage outside of the New York Stock Exchange (NYSE) in New York City, New York, U.S., June 28, 2021. REUTERS/Andrew Kelly

Wall Street has been concerned over runaway inflation, with investors moving between economy-linked value stocks and growth names in the past few sessions.

The S&P 500 growth index is now up 16.3% for the year against a 14.8% rise in its value counterpart, outperforming the latter after more than five months of underperformance.

The Dow and S&P 500 fell on Tuesday, with financials and other groups closely tied to economic growth leading declines, while the Nasdaq notched a second-straight closing record.

“We are going to continue seeing this push and pull between growth and value as markets try to determine if we have reached peak growth or peak policy,” Oviatt said.

“What we would suggest is that we will see continued reopening efforts and that still presents a good backdrop for those value names.”

China’s market regulator said it has fined a number of internet companies including Didi Global, Tencent and Alibaba for failing to report earlier merger and acquisition deals for approval.

(Reporting by Devik Jain and Shreyashi Sanyal in Bengaluru; Editing by Arun Koyyur)

LATEST
US Democrats reach deal to pay for Biden spending plans
US agency confirms air bag investigation of 30 million vehicles
Fil-Canadian makes a splash with Hello Darling headbands
Why the metaverse workplace could change the future of work
Canada fossil fuel workers expect Trudeau to keep his pledge
‘Capitalism has not served our economy as well as it could’ – U.S. Speaker Pelosi