Updated vote tallies posted online on Tuesday evening based on the city’s new ranked-choice voting system showed Adams with what appeared to be an insurmountable lead over his nearest rivals, two weeks after Election Day.

With fewer than 8,000 absentee ballots left to count, Adams was ahead of the city’s former sanitation chief, Kathryn Garcia, by 1 percentage point, or 8,426 votes. The Associated Press called the race for Adams soon after the results were released.

Maya Wiley, a civil rights lawyer and former MSNBC analyst, was in third place, without an obvious path to victory.

The field of more than a dozen Democratic candidates was historically diverse. If elected, Adams would be the city’s second Black mayor. Either Garcia or Wiley, who is Black, would have been the first woman to hold the office. 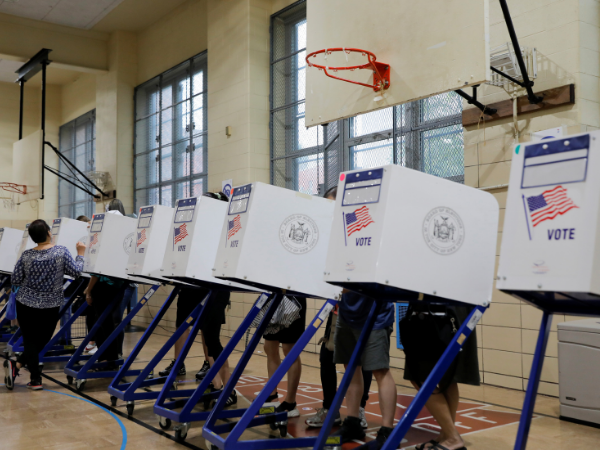 The new results came one week after the city’s Board of Elections – which has faced accusations of mismanagement for years – botched its initial tabulation of ranked-choice ballots, posting and then removing erroneous totals after mistakenly including test ballots.

In a statement, Adams acknowledged some votes remained to be counted before looking ahead to November’s election, when he will be heavily favored over Republican nominee Curtis Sliwa, founder of the Guardian Angels civilian patrol, who has vowed to run on a “law-and-order” platform.

Registered Democratic voters outnumber Republicans in the city by more than a 6-to-1 margin.

“Now we must focus on winning in November so that we can deliver on the promise of this great city for those who are struggling, who are underserved, and who are committed to a safe, fair, affordable future for all New Yorkers,” Adams said.

Garcia did not comment on the results, and her campaign said she would hold a news conference on Wednesday at 10 a.m. (1400 GMT). Wiley issued a statement criticizing the elections board but stopping short of conceding the race, noting that the figures are “initial and uncertified.”

“We will have more to say about the next steps shortly,” Wiley said.

The next mayor will oversee a still-nascent recovery from the coronavirus pandemic and will also confront several deep challenges, including a spike in shootings, persistent wealth inequality, a troubled public-school system and a lack of affordable housing.

The election offered an early look at how national Democrats may approach the fraught issue of policing in next year’s congressional elections.

Adams, 60, centered his campaign on improving public safety. Decrying the “defund the police” movement that has gained traction among some liberals, the moderate Adams sought to strike a balance between addressing rising crime rates and eliminating racial bias from the department.

Wiley, 57, who emerged late in the race as the favorite of the party’s liberal wing, proposed cutting one-sixth of the city’s police budget in order to fund mental-health support and other social services.

Garcia, 51, ran a technocratic campaign focused on her long experience in government.

The incumbent mayor, Democrat Bill de Blasio, was unable to run for re-election due to term limits.

The ranked-choice system operates as a series of instant runoffs, in which the candidate in last place is eliminated and his or her votes redistributed based on voters’ second choice. That process repeats until there are only two candidates remaining.

After seven rounds, Adams was at 40.5%, with Garcia at 30.4% and Wiley close behind with 29%. The eighth round eliminated Wiley and reallocated her votes, with Garcia picking up more of Wiley’s support but not enough to overtake Adams.