Laker Jordan Clarkson: ‘It feels good to be Filipino’

Laker Jordan Clarkson: ‘It feels good to be Filipino’ 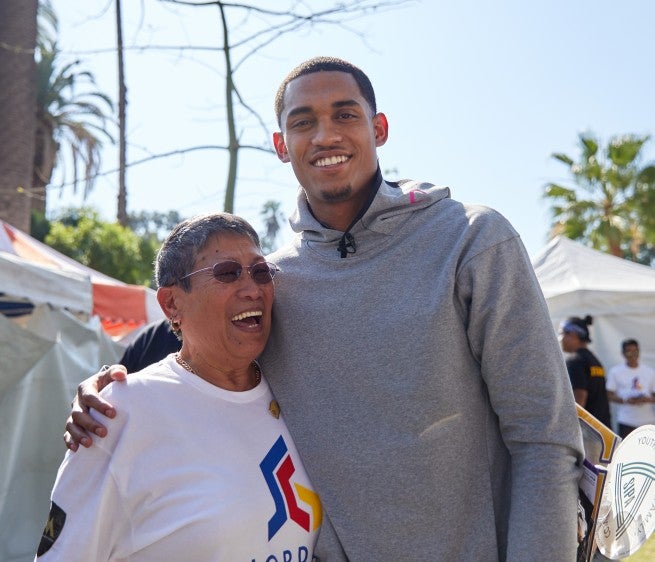 Leading up to start of the NBA season, which officially began this week, the Fil-Am basketball player took time out of his intensive training schedule to meet with local Fil-Am organizations and businesses and engage with his Filipino fans in the U.S. and even back in the Philippines.

“I’ve been doing a lot of activities around here [in LA] to learn about my Filipino heritage,” Clarkson told the Asian Journal, adding that he has visited local Fil-Am-owned restaurants and the famous “A Glorious History, A Golden Legacy” mural by Eliseo Silva in Historic Filipino town.

During the early afternoon on Saturday, Clarkson, who came with his family, did a special meet and greet with select festival goers who signed up for a membership to his fan club. At the Team Clarkson booth, members had the chance to spin a raffle wheel and win prizes that could be autographed by the guard. 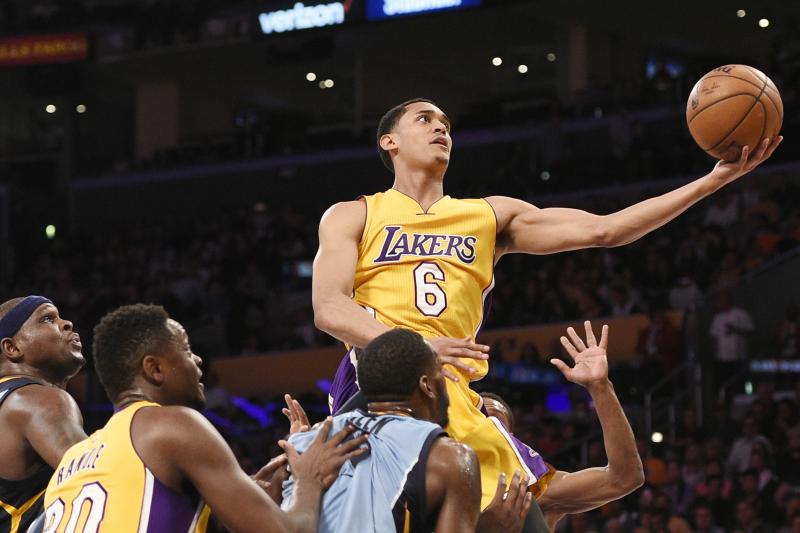 In his brief remarks on stage, he said, “It feels good to be Filipino,” eliciting roars from the crowd.

“This is a cool experience for me,” he said. “I just want to say thank you, thank you for all the love and support you all give. I’m going to keep representing LA as well as the Filipino community, as well as the Lakers. We still run this city.”

Clarkson’s mother, Annette Davis, and grandmother, Marcelina Tullao — who hails from Pampanga, Philippines — live in a small town just outside of San Antonio, Texas, but made it a point to travel to LA for the weekend to accompany Clarkson to the event. They briefly went on stage with him and enjoyed several Filipino dishes and desserts that they had been missing.

“Being able to support an event like this and learn about my culture is definitely something I’ve been focusing on recently, just trying to connect with as many people as I can,” Clarkson told select media backstage at FPAC.

Later in the program, Clarkson joined fellow headliners Apl.de.ap and Jessica Reynoso to dance and sing along to the Black Eyed Peas’ “I Gotta Feeling.”

On what it means to be a Fil-Am, Clarkson told the Asian Journal, “It means a lot — it’s a part of my culture. I feel like a pioneer…with me being a Filipino American in the NBA right now and being the only one is definitely something I want to represent.”

“I know we take a lot of pride and passion in our culture. It’s just something to be proud to be a part of and I’m looking to be involved in many ways,” he added.

In addition to continuing his career with the Lakers, Clarkson has been exploring opportunities to give back, such as philanthropy through his own foundation. He is also hoping to travel again– to the Philippines — in the coming year once the season is over.