If you’re a bitcoin investor, your nerves may have taken quite a pounding in 2021. The cryptocurrency’s journey towards the investment and commercial mainstream has gathered pace, with major financial firms and companies embracing the emerging asset.

Such interest helped push it on a record high just shy of $65,000 in April. Yet in typically capricious fashion, it has since slumped by almost half.

At the halfway point of the year, the original and biggest cryptocurrency is up around 20% year-to-date. Here are some charts that tell the story of bitcoin’s year so far.

Wild price swings have been a defining feature of bitcoin throughout its near 13-year life. The first half of 2021 has been no different, despite hopes that greater liquidity in markets and stronger infrastructure would dampen swings.

Bitcoin more than doubled from the start of the year to its all-time high of $64,895 hit in mid-April, before slumping by over half in just five weeks as regulators across the world – especially China – cracked down on cryptocurrencies.

In May alone bitcoin lost 35%, in its worst month since 2018. Last week it fell under $30,000 for the first time since January, briefly wiping out its year-to-date gains.

Many larger investors also left the bitcoin market after prices spiked in the first quarter, with some shifting to gold, according to JP Morgan analyst Nikolaos Panigirtzoglou. 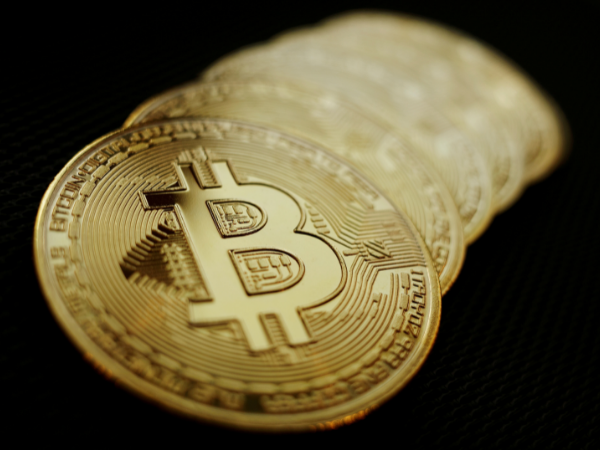 Representations of the Bitcoin cryptocurrency are seen in this illustration picture taken June 7, 2021. REUTERS/Edgar Su/Illustration/File Photo

“What we found out in the second quarter was that actually demand for bitcoin is price sensitive,” he said. “Some institutional investors started getting out of bitcoin in April … they thought bitcoin prices were too high relative to gold.”

Bitcoin has attracted the lion’s share of the headlines so far this year. Yet many of its smaller digital currency rivals – known as the altcoins – have posted bigger gains.

Ether, the second-largest cryptocurrency, has nearly trebled so far this year, bolstered by a surge in the so-called decentralized finance sector. “DeFi” often uses its underlying blockchain technology to offer financial services without traditional middlemen such as banks.

Signs that the ethereum blockchain is gaining traction with mainstream financial firms has also fueled gains.

XRP, the seventh-largest coin, has gained a similar amount. Other once-obscure coins such as dogecoin, started in 2013 as a joke, have also far outpaced bitcoin, with investors drawn to the prospect of quick gains. Dogecoin is up over 5,000% so far this year.

Retail investors have embraced bitcoin this year, attracted by narratives that it can act as a hedge against inflation and as a future payment method.

Also driving gains has been a perception that it is a vehicle for quick gains – a perceived quality shared by another 2021 financial market phenomenon: “meme” stocks, whose value is propelled by social-media buzz.

How to purchase bitcoin

GameStop Corp and AMC Entertainment Holdings, two of the leading meme stocks, soared in the first quarter along with bitcoin, fueled by retail investors with spare cash and free time because of coronavirus stimulus lockdowns.

Yet the assets have since decoupled, with bitcoin’s gains for the year so far outpaced by GameStop – up more than 1,000% – and AMC Entertainment, which has surged over 2,500%.

“It’s just an extension of free money just going crazy and so I think that has somewhat you can see that rippling over into cryptocurrencies,” said Joel Kruger, a strategist at crypto exchange LMAX Digital.