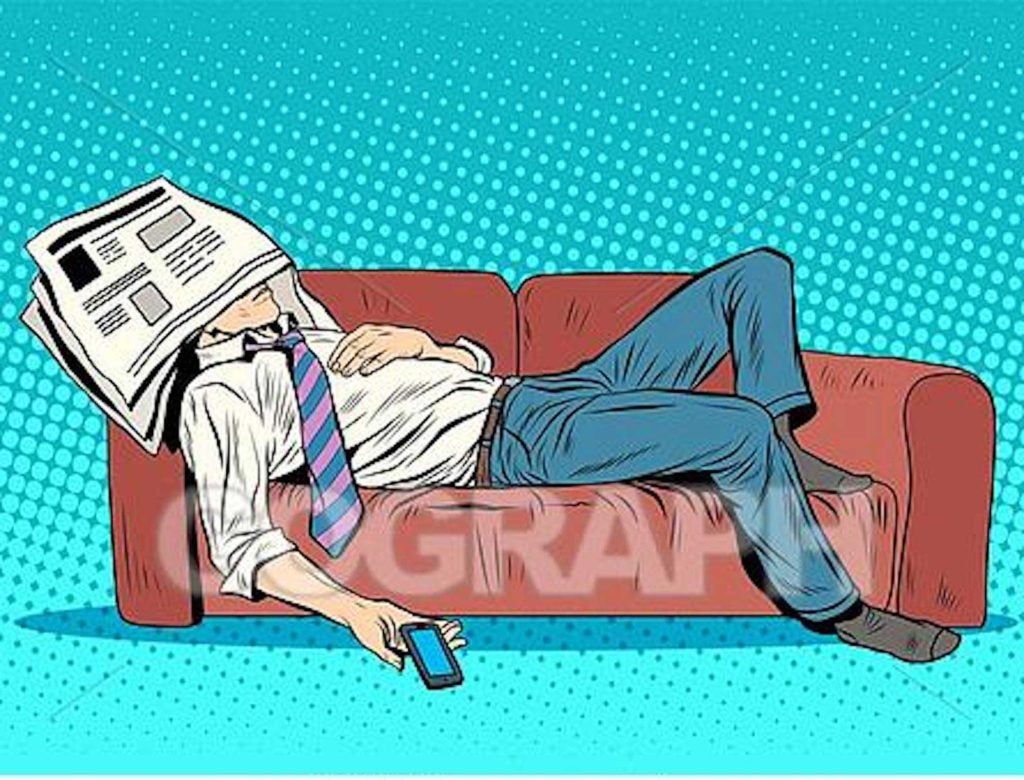 It is estimaed that reduced productivity or economic output due to insufficient sleep is costing U.S. businesses an average of about $345.50 billion a year according to a 2017 survey. This was only $18 billion per reported by industrial and organizational psychologists (I/O psychologist) in 2000.

This productivity lost is currently about PhP14 trillion, or four times the Philippines’ approved national budget of PhP4.100 trillion for the fiscal year 2020 (rate of exchange at 48.7711/US$1).

Siesta is simply a ‘rest.’ A pause. It is basically a nap, usually taken after the midday meal (at least among Filipinos). Empirical studies suggest that the Spaniards clandestinely brought siesta besides their cross and the sword, which however seems undepicted on historical records quips my aspiring historia-somnologist kibitzer friend.

Did the people of the Islas de Ponienta (Island of the West), the pre-Filipinos of this era practiced siesta? Three-hundred-thirty-three years of colonization indeed, we did. The remnant of this practice is still observable among a majority of Filipinos today.

Is siesta really a mere national pastime? Most would remember as children in the Philippines that siesta was strictly imposed by adults during noontime. This was to ‘get rid’ of us for a while than anything else for them to enjoy the stillness of the noon to siesta.

Is siesta a good or a bad habit?

Empirical studies suggest that napping or siesta has a long history in many cultures, however America dismissed the habit during the Industrial Age as a timewaster. Many westerners associate siesta with indolence among those who practice it.

A Mexican snoozing complete with a huge sobrero, a colorful poncho unmindful of passerby against a backdrop of cacti is ascribed to be a sign of laziness. Even in the Philippines, batugan (sloth) is the colloquial term for those who seems to catch more than forty winks.

There are books on the market about napping like The Arts of Napping at Work by Anthony, W.A & Anthony, C. W., and Power Sleep by Dr. Maas, J. B., we are told. A book about the arts of napping? Filipinos were trained on napping for 333 years when colonized by Spain, quips my barriotic kibitzer friend.

Sleep was thought ‘scientifically’ studied as early as 1897 by Sigmund Freud who however dealt more on the contentsof dreams during sleep than sleep per se. Dr. Dement, W. C. was one of the pioneering psychologists who studied sleep, dream, and with much focus on sleep deprivation during the 1976s. Dr. Dement was the founding president of the American Academy of Sleep Medicine (AASM).

Dr. Dement studied sleep deprivation among respondents who were kept awake for stretches as long as 200 hours continuously. This is equivalent to more than eight sleepless days!

Respondents reported experiencing weariness, lack of concentration, a decline in creativity, irritability, and a tendency toward hand tremors while being kept awake. This could be bad news to professions or industries where “sleep interruption or deprivation” is the rule of thumb.

Studies show that sleep deficiency or “lack of sleep” appears to be most common among protective services (police, EMC, firefighters) and the military; medical or health support (doctors and nurses); transportation and material transport (utility and drivers), and; production and retail (graveyard shift workers).

Empirical studies reveal that sleep is directly related to daytime performance, productivity and well-being. According to the National Institute of Health (NIH) getting sufficient sleep show greater alertness, faster reaction times, better problem-solving and increased creativity in well- rested workers. Which are all positive attributes needed to work safely, healthy and productively.

Nevertheless, the good news is that after being able to regain normal sleep once again, sleep-deprived bounces back quickly, concluded Dr. Dement. This means ‘recouping’ with lack of sleep is possible. Just having twice, the amount of sleep one gets in a normal night enables one to perform at pre-deprivation levels. However, with technological and entertainment indulgences, ‘recouping’ is negated or outrightly put aside quips my fun-loving kibitzer friend.

Self-employed workers register to have the lowest rate of sleep-deprivation; this is apparently because most are able to set their own schedules.

After almost half a century, American businesses are heeding the message about the value of well-rested employees. A number of companies have incorporated napping facilities into their workplaces and some airlines and trucking companies now allow supervised siestas according to an article in the Psychology Today as early as the 1998.

The rub is, currently doctor and nurses are still being tasked to duty 12, to 16 hour straight- shifts. Graveyard shift schedules could be as erratic or insalubrious often more focus on the trends of economic supply and demand than individual need concern of the employees quips my I/O psychologist kibitzer friend.

There is scientific evidence that napping may help one live longer according to 2012 studies. A recent study with 24,000 participants suggests that those who regularly nap are 37% less likely to die from heart disease than occasional nappers are. Researchers suggest naps maintain the heart’s stress hormones down.

Will napping regain legitimacy because it makes employees feel better and be officially recognized as a productivity booster? According to Dr. Clark, F. C. Director of Labor and Employment Relation at the PennState, “… the sudden vogue for dozing is hurried Old World lifestyle, but a very American effort to get employees to work harder and more productive once they wake up”.

Moreover, one economic benefit derived claims a California consulting firm many years ago in allowing workers to sleep on the job was that since it set up a nap room, its expenditures on caffeinated soda and coffee have dropped 30%.

Finally, to nap or not to nap officially is your own decision. Just don’t let your guard down to make sure the stigma of “batugan” equated with siesta does not appear on your performance record.

Dr. Aggie Carson-Arenas is a Certified Clinical Psychology Specialist, a former associate professor and university research director. He is a Behavior Analyst Specialist in Nevada, an educator, clinician, researcher, consultant, columnist, and a published author. Dr. Carson-Arenas taught I/O psychology for a few semester, as part of ‘baptism by fire’ as a  novice college professor. His latest book is,“You’re Okay, I Am Perfect” (How Teens, Adolescents & Those In-Between Quest for Identity).