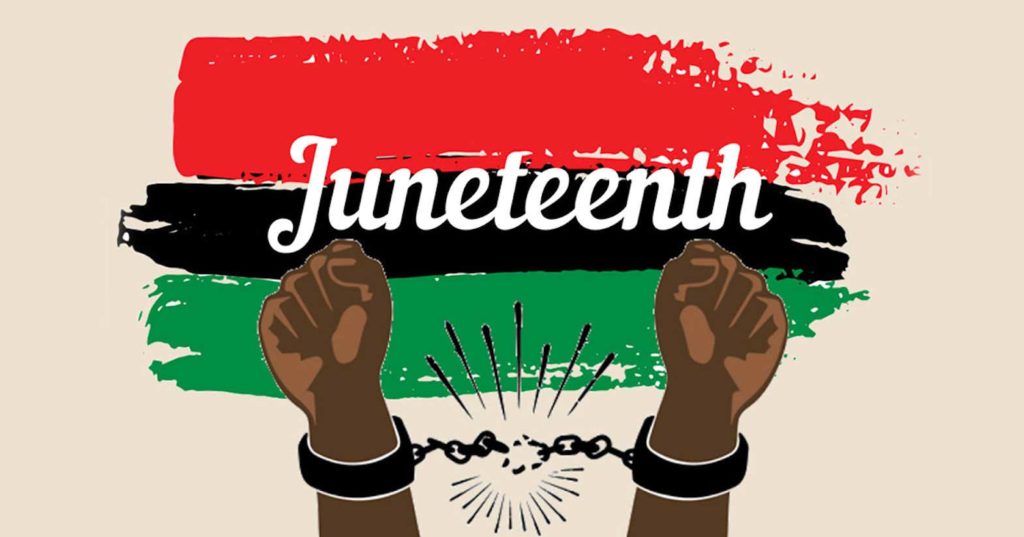 Juneteenth is now a federal holiday.

Filipino Americans know the politics of Independence days. For years, July 4th, our “just like America” colonial holiday was “the” day, until proud Filipinos figured the real breakthrough was Emilio Aguinaldo’s breakaway from Spain in 1898. We’ve celebrated that on June 12th, but it’s always somewhat ambiguous since it does lead up to the Philippine American War, which ended in the colonization of the Philippines.

So we know how sensitive a topic “independence” can be. But as modern Asian Americans of Filipino descent, there’s no doubt we should absolutely embrace the new federal holiday, Juneteenth. And we should also note the coincidental connection to Asian American icon Vincent Chin.

What do Juneteenth and Vincent Chin have to do with each other? Both represent cries for social justice that have gone unabated far too long.

In the case of Vincent Chin–perhaps the most infamous individual hate crime in Asian American history—we have a known killer, Ronald Ebens, who has never served any time for Chin’s 1982 Detroit murder.

Ebens, still alive at 81, has not only skirted prosecution in the criminal matter; he has skillfully used bankruptcy and homesteading laws in Nevada to avoid a wrongful death civil suit settlement. Ordered by the court in 1987 to pay $1.5 million to Chin’s family, the Chin estate has received nothing for the last 34 years.

That sense of delayed justice is no less than the extension of the crime itself—one thing the Chin case has in common with Juneteenth.

But the other is the name itself. I’ll get into that later, but first let’s honor and respect our new federal holiday.

My relatives in the Post Office didn’t get Juneteenth off on Friday or Saturday. Bureaucracy doesn’t stop on a dime apparently, even though many people enjoyed the new federal holiday this past weekend.

And it was about time.

Still, it’s not as bad as what happened to slaves in Texas, who finally got the news on June 19, 1865, that slavery had ended more than two years earlier—with the signing of the Emancipation Proclamation on September 22, 1862.

Until the U.S. Army came in, Texans had slaves working overtime. Let that sink in. Slavery ends in 1862, and no one tells you until 1865?Were you lied to? Ignored? Taken advantage of? Gamed? Can slave owners arbitrage slavery?

That the delay even happened is mindboggling. But ask any American, no matter their ethnicity, and this simple factual detail of a consequential foot-drag is often lost in the telling of history. And it’s not “critical race theory.” It’s just the truth.

In fact, according to a new Gallup survey, more than 60 percent of Americans either know “nothing at all” or only “a little bit” about Juneteenth.

Once you understand the purposeful ignorance that allowed slavery to be extended beyond its time, you understand how those subjected to this and their descendants deserve a whole lot more than a federal holiday.

Roy justified his vote saying Juneteenth divides our country by “creating a separate Independence Day based on the color of one’s skin.” Tiffany said the Democrats were “fueling separatism by creating a race-based Independence Day.’’

No, Juneteenth just shows how long it took to get the truth out and eradicate an evil and immoral chapter in American history. That couldn’t happen in the internet age. Now people would just lie, gaslight, or simply blame bureaucracy or the slow process of justice.

It all goes slowly, as we know from the case of Vincent Chin.

For Asian Americans, the date itself, June 19, coincides with another shameful episode of American history—the hate crime that killed Vincent Chin.

The official record will show  Chin died on June 23rd, 1982. But his ordeal began the night of June 19th, when Ebens, a white auto worker, took a baseball bat and clubbed Chin unconscious in a fast-food parking lot in suburban Detroit. 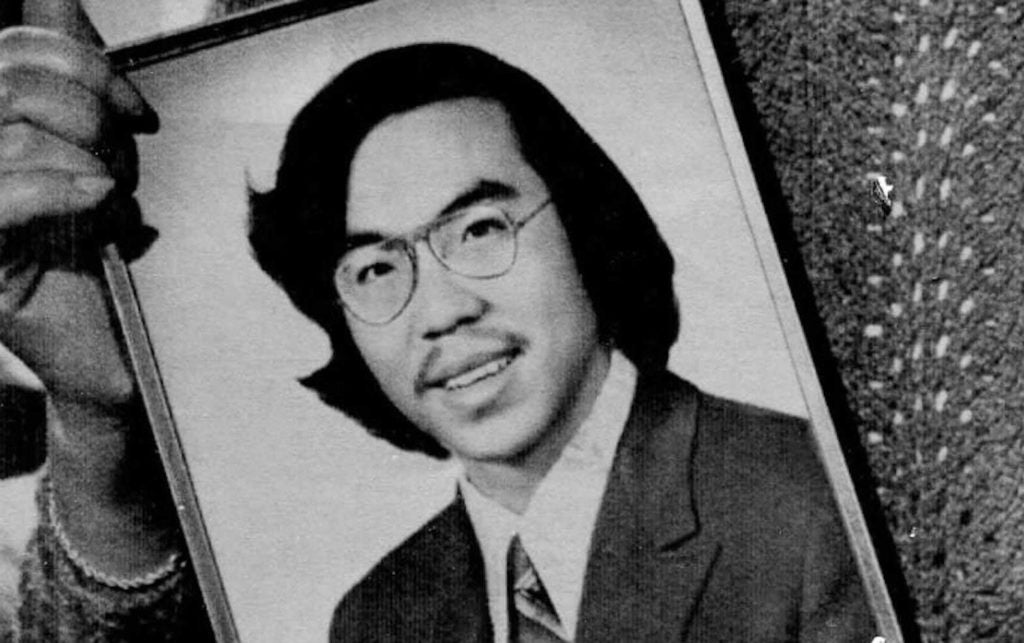 But an entire generation of Asian Americans did. For those born in the Civil Rights Era, Chin was the call to social justice, an awakening. It was just the first wave.

Since then, the Asian American population has grown to more than 23 million people. And now, a new generation is discovering the impact and the importance of the Chin case, in a time when more than 6,600 hate instances have occurred, fueled in a pandemic era by a scapegoating Republican administration.

And let us not forget the 12 Asian Americans who’ve died in the three most publicized mass shootings since March, in Atlanta, Indianapolis, and San Jose.

Seven years ago, I wrote a column proposing that the four days between June 19th and the 23rd give Asian Americans a perfect time to reflect. And not just on the Chin case, but on what it means to be an Asian American now.

What does it take to stand up for a sense of ourselves? Our community? Our personal and public identity? What does real equality, real justice, mean today? Have we reached that place? Are we still far short? Why are some of us still asking “Vincent Who?”

We don’t need a federal holiday, but we do need time to understand what the Chin case and the last 39 years say about the state of Asian Americans.

Starting on the 19th, I’ll begin a personal retreat, going over what I’ve written about the Vincent Chin case for these columns on the AALDEF website, and other media, including NBC Asian America. And then starting on the 21st to the 23rd, I’ll talk about it live at 2 p.m. PT on my EmilGuillermo.Media Facebook page, with recordings on www.amok.com.

You can email me to interact. Or on FB chat. Or to reflect. It’s not a re-litigation, more meditation. A way to understand what’s happened, and what’s yet to be done now. Maybe all we have are our stories of how the Chin case has impacted our lives.

But setting aside the time when Chin was in a coma is a way to reflect on the delay of social justice. We begin with the celebration of Juneteenth. There is hope. And then, on the same day, we begin our personal remembrance of brother Vincent.

When he died, Filipinos in America came alive as Asian Americans.

Emil Guillermo is a journalist and commentator. He writes a column for the North American Bureau of the Inquirer.net. He vlogs at www.amok.com. He does a live show daily on Facebook @ emilguillermo.media.