US push for self-driving vehicles faces union and lawyers opposition

US push for self-driving vehicles faces union and lawyers opposition

The U.S. Senate Commerce Committee on Wednesday again rejected attempts to lift regulations to allow for the deployment of thousands of autonomous vehicles as union groups and attorneys campaign against the legislative proposal.

The committee rebuffed the bid by Republican Senator John Thune to attach measures lifting regulations on autonomous vehicles to a $78 billion surface transportation bill after he sought last month to attach it in May to a bill on China tech policy.

Thune has proposed granting the U.S. National Highway Traffic Safety Administration (NHTSA) the power to grant exemptions for tens of thousands of self-driving vehicles per manufacturer from safety standards written with human drivers in mind.

The surface bill, which would boost funding for Amtrak and other transportation needs, was approved by the committee on a 25-3 vote.

Thune and other lawmakers have sought for nearly five years to win approval.

The senator argued autonomous vehicles could help eliminate numerous deaths due to human error like distracted or impaired drivers. 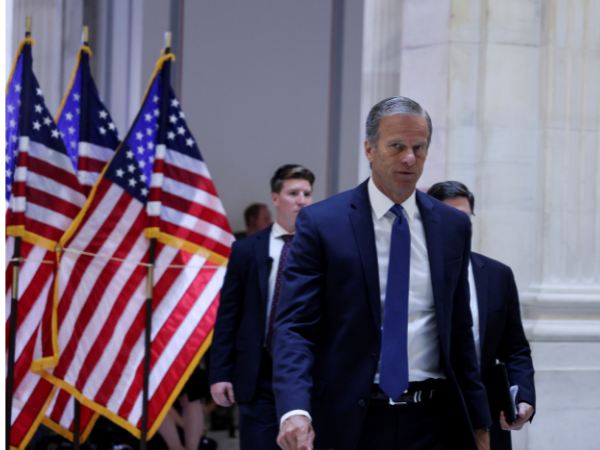 “It seems like every other week we’re hearing about a new vehicle that crashed when it was on Autopilot” Cantwell said. “I do think this is legislation that we can complete by the end of this year. These last issues are very thorny as it relates to legal structure.”

“Democrats have yielded to pressure from special interests against the best interests of our economy and the American people,” Thune said. “Are we really going to continue to ignore the enormous safety benefits of these vehicles?”

Thune said that the “Teamsters and trial lawyers” are opposed to self-driving legislation and they “seem to own lock, stock and barrel the Democrats on this committee.”

The Teamsters did not immediately comment. The American Association for Justice, which represents plaintiffs lawyers said it “will continue to oppose any legislation that exempts the driverless car industry from basic safety standards, and allows auto and tech companies to avoid being held accountable through the use of forced arbitration clauses.”

The Self-Driving Coalition, which represents Ford Motor Co, Alphabet Inc’s Waymo, Volvo Cars and others said “the exclusion of AV legislation from current surface transportation reauthorization bills reflects yet another missed opportunity to save lives” but it vowed to work with lawmakers.

Last month, Greg Regan, president of the Transportation Trades Department for the AFL-CIO, told U.S. lawmakers that autonomous vehicles place “millions of jobs at risk” and any self-driving legislation should not apply to commercial trucks.

Reuters reported in May that Waymo and rival Cruise, a unit of General Motors, have applied for permits to start charging for rides and delivery using autonomous vehicles in San Francisco.