GameStop lures Amazon talent with grand plans and no frills

GameStop Corp Chairman Ryan Cohen made a point of doing away with corporate excess such as a company plane and used the allure of rebuilding the video game retailer to recruit Amazon.com Inc’s Australia chief Matt Furlong as chief executive, according to people familiar with the process.

Cohen wanted the message to be stern, said the sources, who were close to the discussions. The transformation of the ailing brick-and-mortar retailer into an e-commerce powerhouse would require laser-like focus and determination, Cohen told Furlong.

The role would come with no frills, but it would pay off handsomely in GameStop shares if the turnaround was successful. The majority of Furlong’s performance-based compensation will be tied to stock awards.

The move represents Cohen’s boldest gambit yet in his push to attract talent from Amazon. GameStop’s market value has soared to $16 billion from $250 million a year ago, as amateur traders challenged hedge funds betting against the company and turned it into a popular “meme” stock on Reddit and other social media.

Most analysts say the valuation of the company is out of whack with the fundamentals of its business, representing a bold bet for any GameStop recruit who accepts the volatile stock as part of their compensation.

GameStop on Wednesday announced the hiring of Furlong alongside that of Amazon’s North American consumer business financial chief Mike Recupero as its chief financial officer. They were the latest Amazon veterans poached by Cohen, the billionaire co-founder of online pet supplies retailer Chewy Inc, who joined GameStop’s board in January. 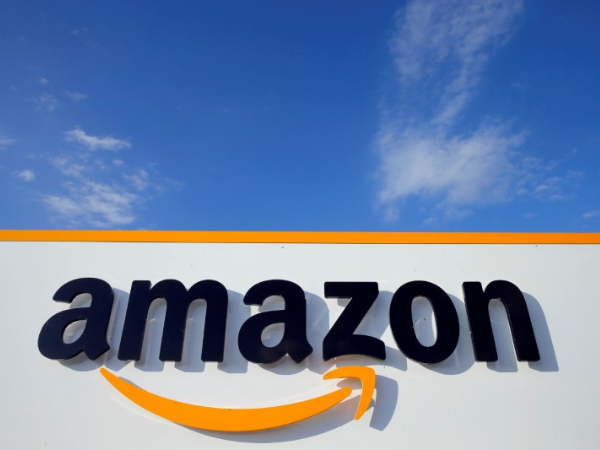 The logo of Amazon is seen at the company logistics centre in Boves, France, August 8, 2018. REUTERS/Pascal Rossignol

Amazon did not respond to a request for comment.

Cohen spent two months speaking to more than 50 potential CEO candidates from a range of industries, including gaming and e-commerce, the sources said. Cohen and Furlong had discussed a potential role for him at Chewy more than six years ago, and someone in Cohen’s network pointed him back to Furlong as a strong CEO candidate for GameStop, one of the sources added.

Based in Miami, Cohen called Furlong in Australia and held a series of virtual meetings that later included GameStop’s board members. The job description called for fixing the company’s distribution network, deconstructing its website and delivering on Cohen’s vision of high-touch customer service, according to the sources.

Furlong would be expected to spend long hours on the job without the perks enjoyed by outgoing GameStop CEO George Sherman, such as a company plane and executive assistants, Cohen told him. While Sherman will remain on GameStop’s board, he is leaving the CEO role because the board decided he lacks the necessary e-commerce expertise, according to the sources.

In his discussions with Furlong, Cohen said previous GameStop executives let order-processing operations and customer service languish, the sources said. Were Furlong to fix these problems, he would be rewarded generously with GameStock shares.

Full details of Furlong’s compensation package have not yet been disclosed by GameStop. The company said in a regulatory filing this week it would give Furlong $16.5 million worth of GameStop stock over the next four years, as well as a $4.7 million sign-on bonus to be paid over the next two years, contingent on his continuous employment. His annual base salary will be $200,000.

Furlong, 42, was eager for the challenge and happy to relocate to GameStop’s headquarters in Grapevine, Texas, the sources said.

Some GameStop board members even played up the challenges Furlong would face in transforming the company into an “Amazon of videogames” to make sure he was committed.

“We wanted to know why you would leave the safety and comfort of your current position, essentially kiss your family good-bye, and get in there to build something from the ground up,” one of the sources familiar with the board’s thinking said.

Cohen also acknowledged during the interview process that the transformation would take time, the sources said.

Representatives for GameStop, Cohen and Furlong declined to comment.

“We have a lot of work in front of us. You won’t find us talking a big game, making a bunch of lofty promises or telegraphing our strategy to the competition, that’s the philosophy we adopted at Chewy,” Cohen told GameStop shareholders at the company’s annual meeting on Wednesday.

It’s not clear how hands-off Cohen, 35, will be at GameStop once Furlong assumes his duties on June 21. Cohen has been obsessing about customer service, personally calling GameStop customers late into the night to solicit feedback, and has made a push to upgrade the company’s website and online ordering system, Reuters reported in March.

GameStop said on Wednesday it remained loss-making, though it trimmed its first-quarter operating loss to $40.8 million from $108 million a year ago.

Furlong will have plenty of financial firepower to deploy in his new mission. GameStop has already sold more than $550 million in stock since the Reddit rally began in January, some of which it used to pay off is debt and launch a 700,000-square-foot warehousing facility in York, Pennsylvania. The company said on Wednesday it would seek to sell up to 5 million more shares, currently worth $1.1 billion.

(Reporting by Svea Herbst-Bayliss in Boston; Editing by Greg Roumeliotis and Cynthia Osterman)

LATEST
U.S. okays SpaceX’s Starlink internet for use with ships, boats, planes
Did Biden just announce an anti-Marcos rally?
Cryptoverse: The beacon of the NFTs
Is it game-over for TikTok? US FCC commissioner wants Apple and Google to remove the app
14 Steps to Take for the Best Mortgage Rate Despite Interest Rate Hikes
Apple to release a new feature ‘Lockdown Mode’ as it fights spyware firms