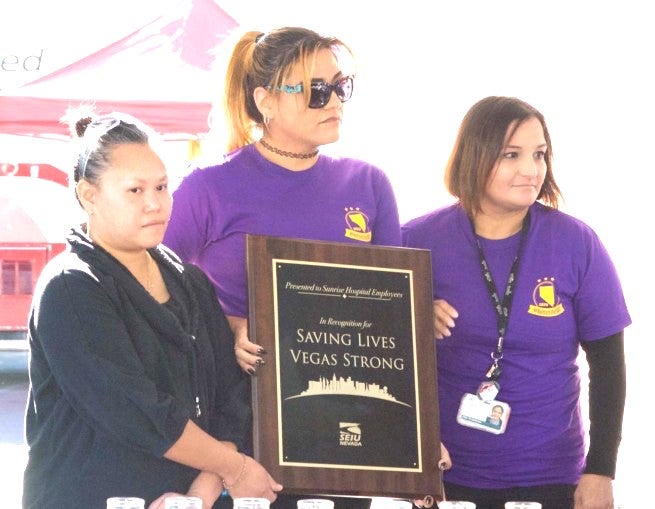 Among the heroes was Jacqueline Rodriguez, a nursing aide at Sunrise Hospital and Medical Center, who immediately raced back to the hospital despite just finishing a 12-hour shift.

Running from patient to patient, rushing hospital equipment to doctors and nurses who needed to administer them to patients, lifting patients onto gurneys and moving them to treatment areas were some of the work, Rodriguez did as she and her colleagues dealt with the aftermath of Route 91 Harvest Festival shooting.

In recognition for saving lives in a time of crisis, SEIU Nevada and University Medical Center (UMC) gave recognition to the exemplary, selfless work of thousands of employees at UMC and Sunrise Hospital on Friday, October 6, 2017.