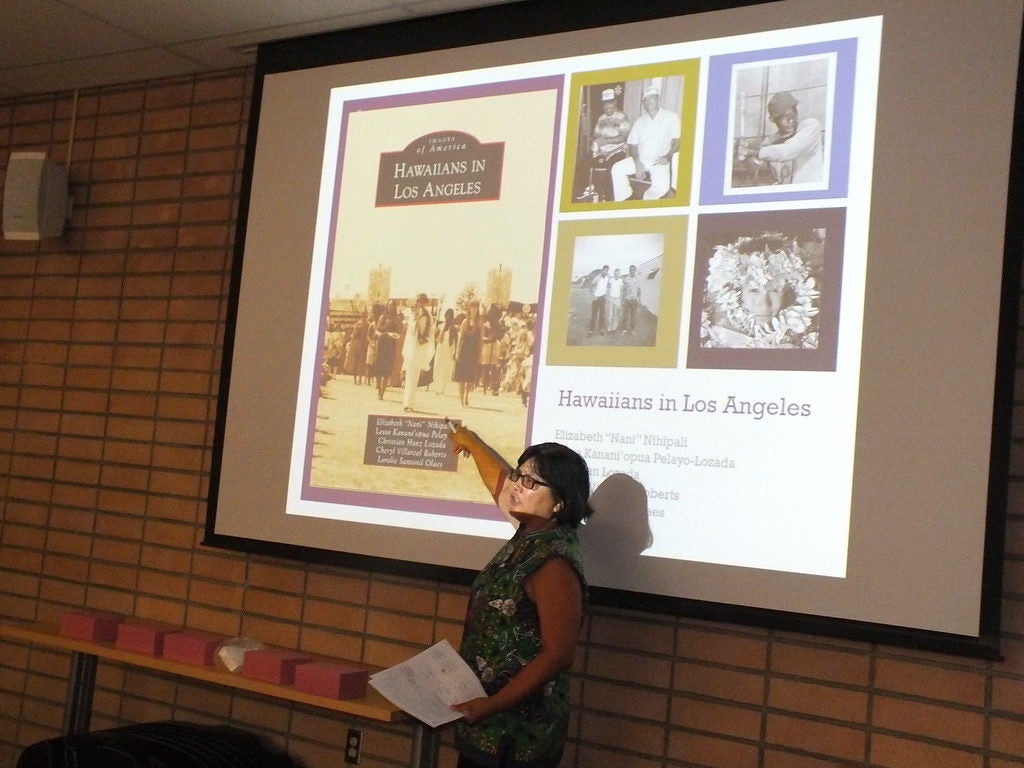 For Filipino American History month on Oct. 7th, Former Carson councilwoman Lorelie Olaes encourages a youthful audience at the Carson Library to strive for excellence and remember their cultural roots to be able to serve their community as adults. Olaes is featured in the Arcadia book “Filipinos in Carson” and the South Bay and is a co-author of “Hawaiians in Los Angeles.” INQUIRER/Florante Ibanez

CARSON, California – A wreath-laying at the monument of Dr. Jose Rizal and a Filipino breakfast of food donated by local vendors signaled the start of Filipino American History Month in this city. 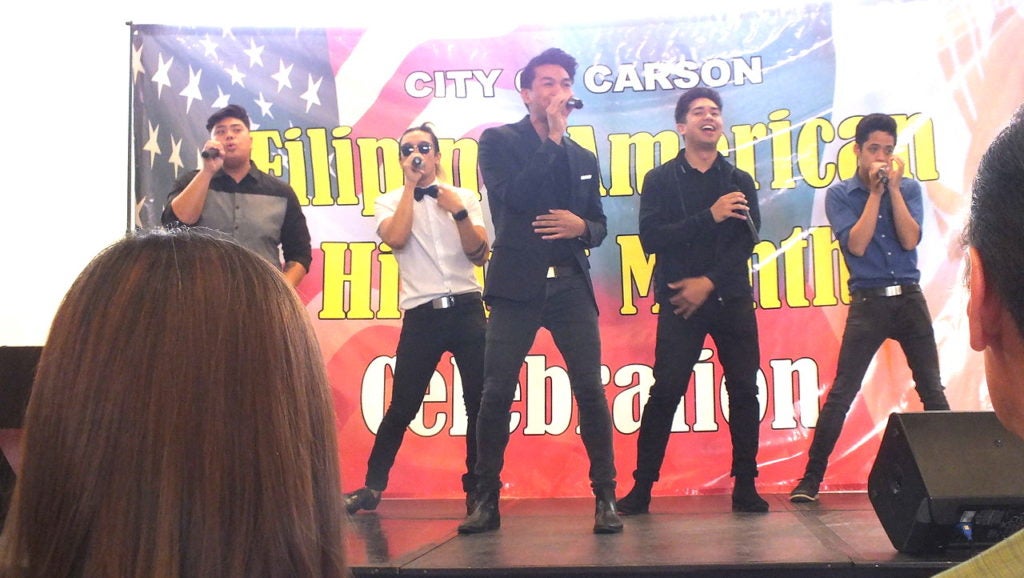 The Filharmonic acapella group known for its role in the film “Pitch Perfect 2” entertains during the City of Carson FilAm History month event. INQUIRER/Florante Ibanez

Dormitorio highlighted the common Filipino cultural trait of striving for education as a way to success giving back to the community.

City councilman Elito Santarina acknowledged Carson as the first U.S. city to hold Larry Itliong Day (Oct. 25th) back in 2010. This 8th annual event will be celebrated October 21, 2017 with a parade and program at Carson’s Veterans Park. 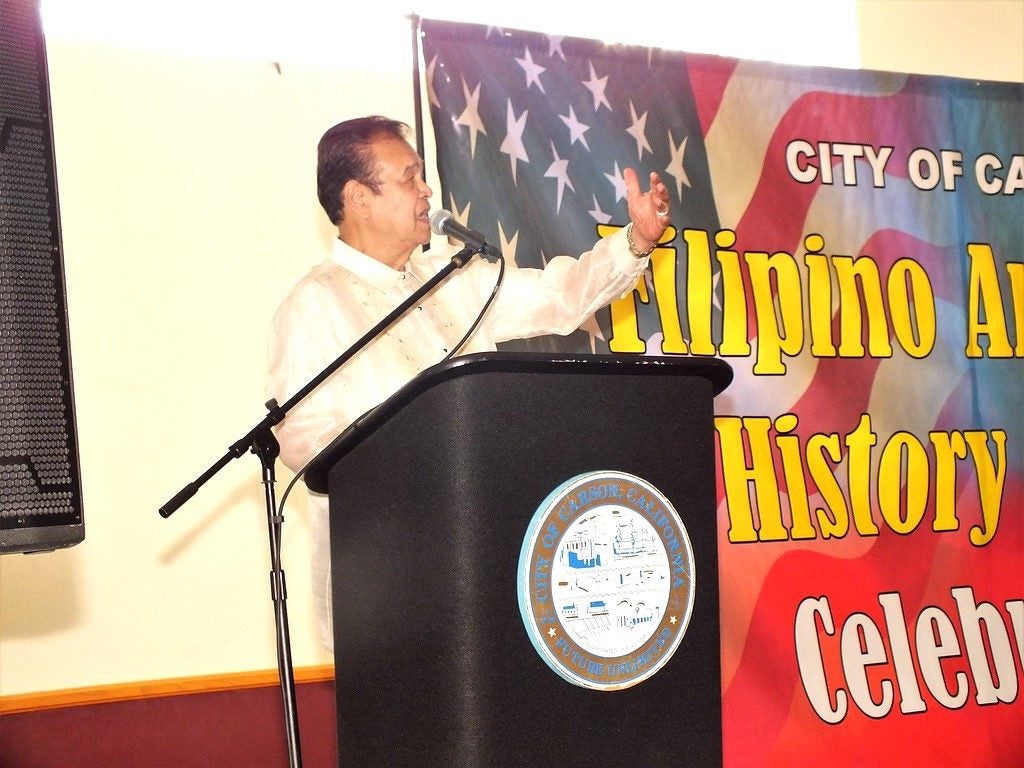 Former Carson councilwoman, Lorelie Olaes, featured in the Carson edition and a co-author in the “Hawaiians in LA” book, spoke to the mostly youthful audience about her challenges as a young Filipina adult in politics and encouraged the audience to strive and always remember their roots.

Following slides of the community history of early to present Filipinos from Carson and the South Bay the documentary films, “Delano Manongs: Forgotten Heroes of the United Farm Workers Movement” and “American Aloha: Hula Beyond Hawaii” were screened as the audience enjoyed various delicious flavors of hopia.