Some 400 qualified residents of San Mateo County from such diverse cultures as Spanish, Filipinos and Chinese dominated the Fee Waiver program to apply for citizenship. INQUIRER/Rose Paquette

During an interview with INQUIRER.net, Canepa said that the event was an  “investment that the county has made to make sure that the people could get more financial aids/benefits, the ability to vote and be part of the political process, as well as civic engagement and participation.” 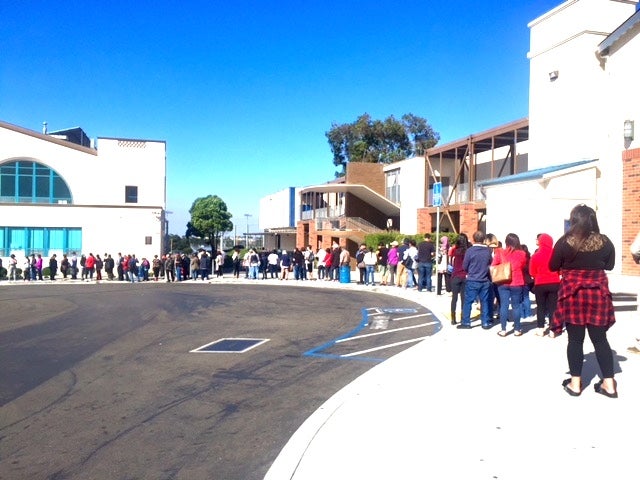 County residents fall in line outside the gymnasium of the Jefferson High School in Daly City. INQUIRER/Rose Paquette

Citizens are also allowed to run for public office and are eligible for federal jobs, among other benefits.

“As immigration reform has stalled at the federal level and Dreamers live in fear of being deported, this workshop shows a commitment by San Mateo County to offer a path toward citizenship for permanent residents who may be struggling financially,” Canepa said in a statement.

Attendees who were eligible signed up for a waiver of a $725-application fee. Free legal services were also provided to help attendees complete the citizenship application.

Immigration lawyers typically charge $1,500 for this service. Attendees, in total, received up to $800,000 in fee waivers and free legal help at the event.

Saying that the free assistance was a huge investment by the San Mateo County, Canepa said the waiver was only available to clients on public assistance programs and who are permanent legal residents. The event was by invitation only and not open to the general public.

“This is an uplifting experience. I hope this (initiative) will be spark for the people, to become a U.S. citizen. We’re celebrating this event because if we could save these qualified individuals $725 each; that’s a lot of money aside from being a US citizen, you could use these money to pay for your rent or tuition, “Canepa, a former city mayor, added. 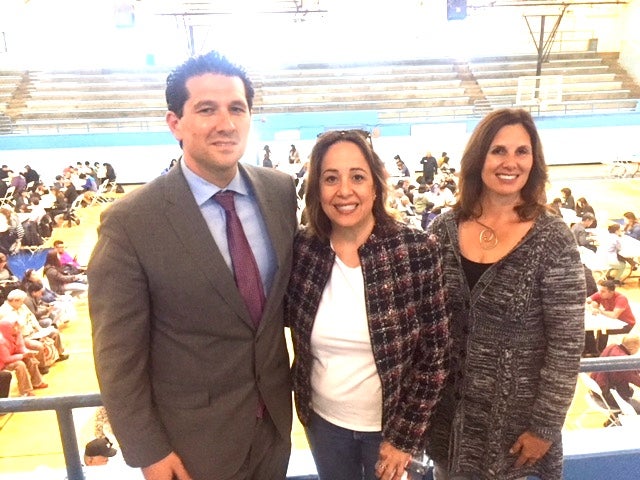 Three months ago, the county’s Human Services Agency sent some 3,600 letters of invitation to residents of this Region — Daly City, Brisbane and areas of Colma.

HSA Director Rodriguez, in an exclusive interview, said that this is the seventh year they are holding free citizenship assistance in San Mateo County.

“The first event was in partnership with the International Institute of Bay Area (IIBA),” Rodriguez said, stressing that “some 20 to 25 attorneys review all the individual paperwork.”

Daly City is considered to have the largest contingency, according to Rodriguez. “We spent $5,000 per person for legal review and assistance. “Scores of volunteer-staff, likewise, manned the registration and assistance process for the residents.”

Rodriguez said the Department of Homeland Security-US Citizenship and Immigration Services Form I-912, otherwise, known as the Request for Fee Waiver form will filled up and mailed to the DHS along with the reviewed documents of each individual. The normal course of procedures ensues to obtain citizenship status.

In order to qualify for the citizenship fee waiver program, documented annual household income must be greater than 150 percent but not more than 200 percent of the Federal Poverty Guidelines at the time of filing.

It took over 20 years of waiting for Alex (last name withheld), a resident of Daly City, to grab the opportunity when he received a letter of invitation from the Office of Supervisor Canepa to apply free for citizenship. 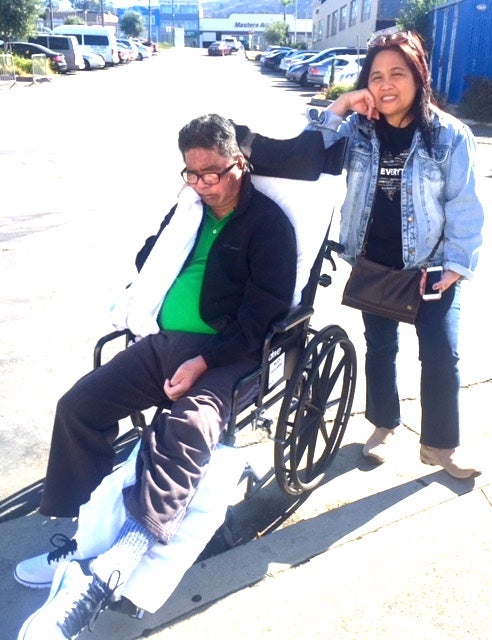 Wheelchair-bound Alex, accompanied by daughter Victoria, was among those invited to apply for free US citizenship. INQUIRER/Rose Paquette

“It was with disbelief that I revived a long-shelved plan to be a U.S. citizen,” said Alex, who is wheelchair-bound due to disability and is currently receiving public assistance.

A Filipino citizen and green card holder being cared for by a relative, is the face of the residents who find the Fee Waiver “very good and helpful.”

Meanwhile, one of the last in line outside the gymnasium was a Fil-Am father, who accompanied his daughter Hazel, a single parent of two.

A permanent resident for 10 years, Hazel said, “I don’t have that much money to apply and pay the fees to become a citizen.” She is also currently receiving public assistance from HSA.

Atty. Jonathan Garcia, among the lawyers assisting the residents, said that the only concern of most of the applicants “is having English as a second language that makes most of them nervous” for the test and interview part of the citizenship process.