Airlines shunned Belarus’s air space on Tuesday and Belarusian planes faced a possible ban from Europe as international outrage mounted over Minsk forcing down a jetliner and arresting a dissident journalist who was on board.

A video released overnight showed 26-year-old Roman Protasevich confessing to having organized antigovernmental demonstrations. On Sunday he was pulled off a flight from Greece to Lithuania forced down in the Belarusian capital Minsk.

“He said that he was treated lawfully, but he’s clearly beaten and under pressure. There is no doubt that he was tortured. He was taken hostage,” she told a news conference in the Lithuanian capital Vilnius. 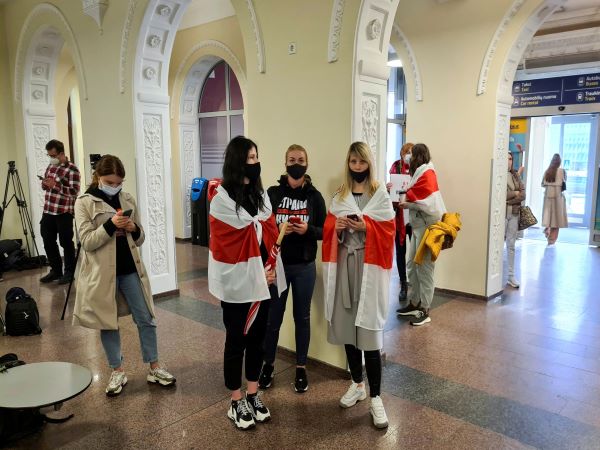 Belarus did not immediately comment on the torture allegation but has consistently denied abusing detainees. Rights groups have documented hundreds of cases of what they describe as abuse and forced confessions during a crackdown on pro-democracy activists since last year.

France and Ireland have described the incident as piracy. On Tuesday NATO Secretary-General Jens Stoltenberg called it a “state hijacking”.

Belarusian state media have reported that President Alexander Lukashenko personally ordered the flight to be intercepted. Belarus says it was responding to a bomb scare that later proved to be a false alarm. The U.N. agency ICAO has said the incident may have violated the foundational treaty governing international civil aviation, the 1944 Chicago Convention.

Protasevich and a 23-year-old student travelling with him were arrested, and three other people disembarked the flight in Minsk, suspected by Western countries of being spies involved in the operation. They were interviewed on Belarus state TV, which identified them as two Belarusians and a Greek. All three said they had asked to disembark because they planned to travel to Minsk anyway once the plane reached Vilnius. 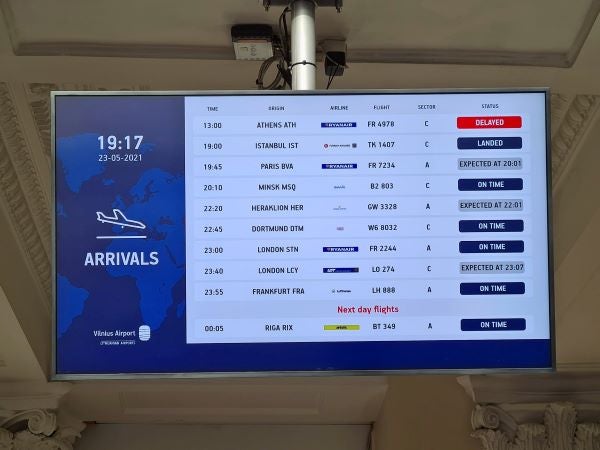 European Union leaders at a summit on Monday called for airlines based in the 27-member bloc to halt flights over Belarusian air space, which is along a major corridor connecting Europe and Asia and earns hard currency from overflight rights.

Lufthansa, KLM, SAS, Air France, LOT and Singapore Airlines were among carriers that announced they would stop flying over Belarus.

The EU leaders also directed officials to draw up unspecified new sanctions against Belarus, and to work out a way to ban Belarusian airlines from the bloc’s skies.

Belarus’s neighbor, Ukraine, also announced a ban on flights to or from Belarus, and on its own airlines using Belarusian air space. That could mean land-locked Belarus could soon be reached by air only over its eastern border with close ally Russia.

“If we let this go, tomorrow Alexander Lukashenko will go further and do something even more arrogant, more cruel,” Ukrainian Foreign Minister Dmytro Kuleba said in a statement.

Lukashenko, whose security services crushed months of pro-democracy demonstrations last year after an election opponents said was rigged, has so far shrugged off Western sanctions, which mostly consist of blacklists barring various officials from travelling or doing business in the United States and EU. 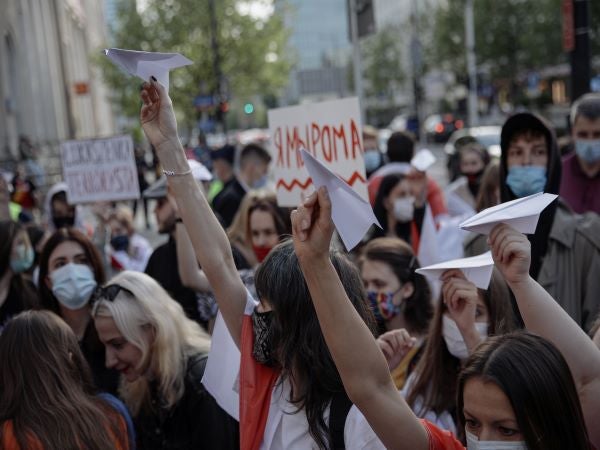 Politicians in the West have called for tougher measures. But they have failed to influence the behavior of Lukashenko, who enjoys unwavering financial and security support from Russia.

Moscow denied suggestions by Western politicians that it may have assisted its ally Belarus in the operation. Russia has also accused Western countries of hypocrisy, noting a Bolivian presidential plane was diverted to Austria in 2013 after reports it carried U.S. intelligence leaker Edward Snowden.

During Lukashenko’s crackdown on dissent, nearly all opposition figures have been driven into exile or jailed, many on charges of organizing demonstrations, which the government describes as terrorism.

In the video released overnight, Protasevich can be seen seated at a desk in a dark hooded sweatshirt.

“I can state that I don’t have any health issues, including diseases of the heart or any other organs. Police officers are treating me properly and according to the law,” he says. “Also, I now continue to cooperate with the investigation and have confessed to organizing mass protests in Minsk.”