To protect a community from climate change, New York is elevating a park

To protect a community from climate change, New York is elevating a park

The storm and its aftermath were a wake-up call that New York City was not immune from the more severe storms and rising sea levels caused by climate change.

To protect lower Manhattan, the city has broken ground on a $1.45 billion project to install 2.4 miles (3.9 km) of flood walls, flood gates and other barriers along the East River. 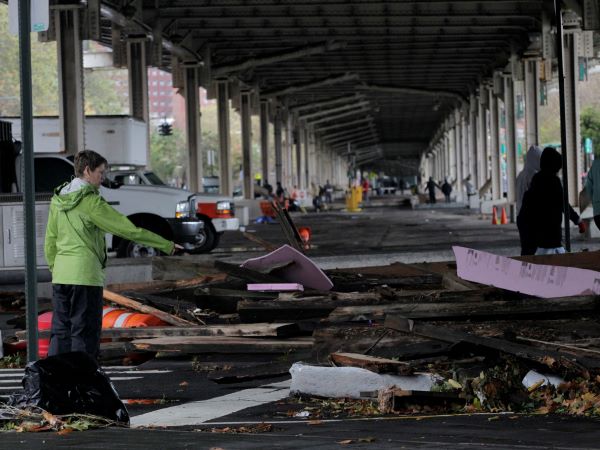 A woman looks and gestures at debris left behind along the East River in the aftermath of Hurricane Sandy in New York, October 30, 2012. REUTERS/Brendan McDermid/File Photo

The project also includes razing the waterside East River Park and covering it with enough dirt to raise the entire park by 8 to 10 feet (2.4 to 3 meters). The city will plant 2,000 trees to improve air and water quality, after cutting down 1,000 for the project.

Some residents have protested the plan, saying it causes too much harm and costs too much for the protection it would provide.

The East Side Coastal Resiliency Project should be done in 2025 and is part of a $20 billion plan to protect all of lower Manhattan from rising water.

“This is a project that is going to protect 110,000 people on the Lower East Side of Manhattan – 28,000 of whom live in public housing. This is a community that was really devastated by Hurricane Sandy,” said Jainey Bavishi, the director of the New York City Mayor’s Office of Resiliency. 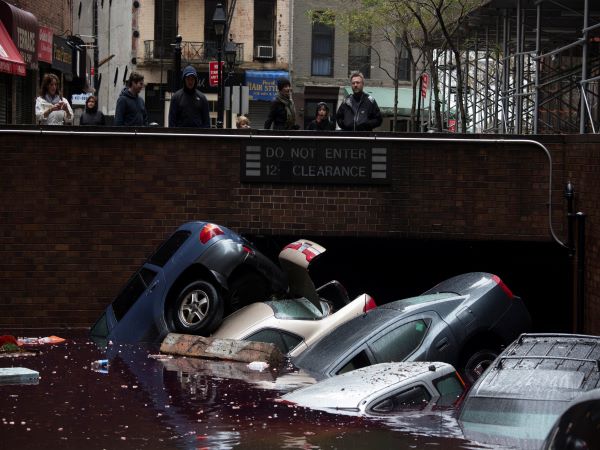 Residents stand over vehicles which were submerged in a parking structure in the financial district of Lower Manhattan, New York October 30, 2012. REUTERS/Adrees Latif/File Photo

“This project is quite unprecedented in many ways because nothing like this has ever been built in a dense, urban environment like New York City,” Bavishi added. “We have dense infrastructure both above ground as well as underground, and we’re trying to build flood protection into it.”

With 520 miles of coastline in New York City, protecting the city from storm surge is a monumental task.

Bavishi said, “People often point to the Netherlands. The Netherlands only has a third of the coastline in the entire country that New York City has in our city. We’re doing this in a very constrained geography.”

Construction workers have begun installing an underground wall of structural sheeting, the first step toward building the flood wall.

The work will be done in two phases to allow the community continued access to the East River Park.

Hurricane Sandy caused $63 billion in damage along the East Coast, making it one of the costliest storms in U.S. history. In a study published this week, researchers compared Sandy’s storm-surge flooding with what it might have looked like had sea levels not risen about 10 centimeters since the pre-industrial era. 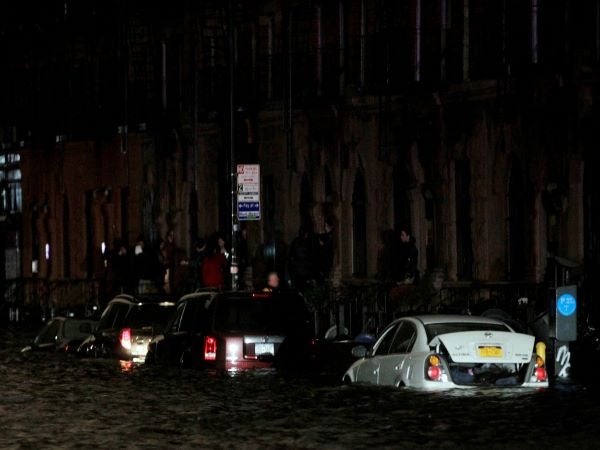 They found that this climate-related sea level rise was responsible for more than $8 billion in losses in New York, New Jersey and Connecticut.

How to Destroy a Hard Drive

The higher sea levels also meant 36,000 more homes were destroyed than would have been without climate change.