Trump wanted troops to protect his supporters at Jan. 6 riot

Trump wanted troops to protect his supporters at Jan. 6 riot 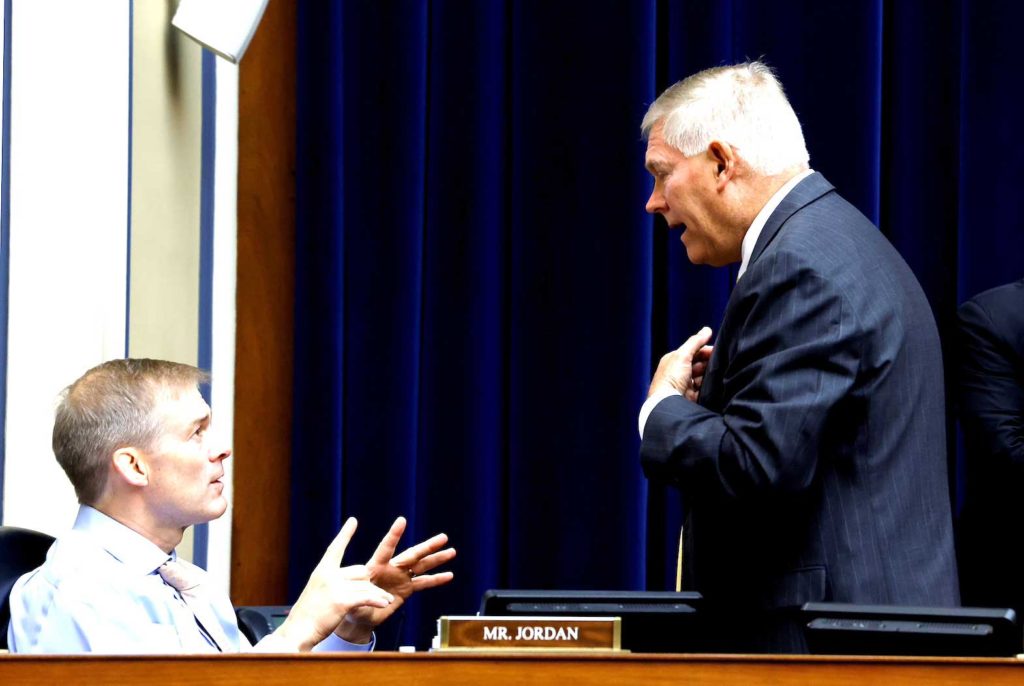 U.S. Rep. Jim Jordan (R-OH) speaks with Rep. Pete Sessions (R-TX) during a House Oversight and Reform Committee hearing titled “The Capitol Insurrection: Unexplained Delays and Unanswered Questions,” regarding the on January 6 attack on the U.S. Capitol, on Capitol Hill in Washington, U..S., May 12, 2021 REUTERS/Jonathan Ernst/Pool

Former Acting Defense Secretary Christopher Miller told a House of Representatives panel that he spoke with Trump on Jan. 3, three days before the now-former president’s fiery speech that preceded the violence and led to his second impeachment.

According to Miller’s testimony, Trump asked during that meeting whether the District of Columbia’s mayor had requested National Guard troops for Jan. 6, the day Congress was to ratify Joe Biden’s presidential election victory.

Trump told Miller to “fill” the request, the former defense secretary testified. Miller said Trump told him: “Do whatever is necessary to protect demonstrators that were executing their constitutionally protected rights.”

Miller made the remarks during a contentious hearing held by the House Oversight Committee, which is investigating security failures in the days leading to and during the riot.

Representative Carolyn Maloney, the Democrat who chairs the committee, demanded answers from Miller on why National Guard troops did not arrive until hours after the building was overrun.

Miller testified that the U.S. military was deliberately restrained that day when Trump’s rally turned into an assault by hundreds of his followers that left five dead, including a Capitol Police officer.

Miller testified that he was concerned in the days before Jan. 6 that sending National Guard troops to Washington would fan fears of a military coup or that Trump advisers were advocating martial law.